In Syria, Islamists ripped off evacuation from Shiite areas 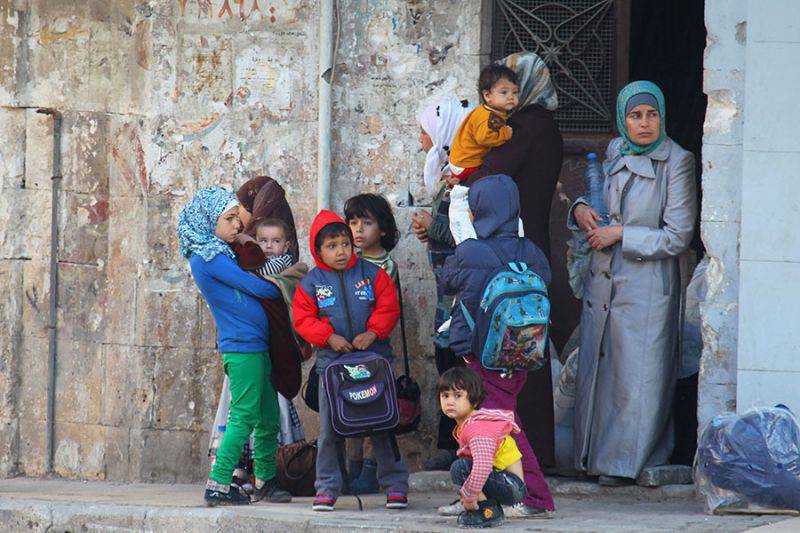 As a result of the shelling, one civilian was killed and several injured.

On Sunday, it was reported on the intention of the authorities to evacuate people from their Shiite areas in northwestern Syria. It was planned to withdraw about 380 people, which then should have been shipped to Damascus and Beirut.

There is no state-wide plan for a peaceful settlement of the conflict in Syria, therefore, the authorities have to negotiate with the militants on local truces.

The agency recalls that on Saturday, the UN Security Council "adopted a resolution in support of the political process in Syria." The document implies the announcement of a truce in the country (not applicable to groups recognized as terrorist) and the transition to a peaceful settlement of the conflict. The Security Council also called for pressure on the Syrian government and the formation of the opposition with a view to a complete cease-fire.

Ctrl Enter
Noticed oshЫbku Highlight text and press. Ctrl + Enter
We are
Tanks and roses. Donetsk lives in a fragile truceReports from the militia of New Russia for 7 September 2014 of the year
Military Reviewin Yandex News
Military Reviewin Google News
14 comments
Information
Dear reader, to leave comments on the publication, you must sign in.