December 21 2015
28
On Friday, a ceremony was held in Severodvinsk to hand over the transfer of the Akademik Kovalev sea weapon system built at the Zvezdochka Ship Repair Center, a blog reports bmpd with reference to the press service of the enterprise. 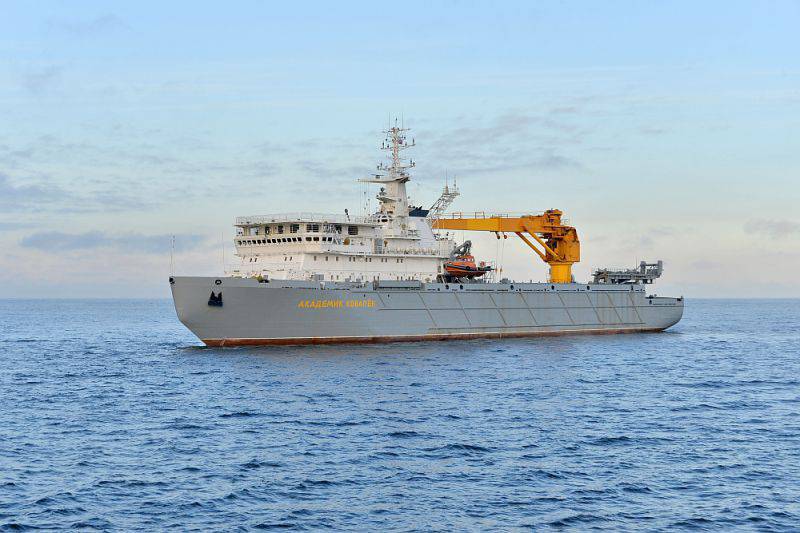 The ship will be part of the Pacific fleet.

“The state contract for the construction of the MTV Akademik Kovalyov was concluded between the Ministry of Defense of the Russian Federation and the joint-stock company CS Zvezdochka in September 2011 of the year. 20 December of the same year, the laying ceremony of the ship was held in the main building shop of Zvezdochka, ”the release says.

It is noted that the MTV "is equipped with a ship's automatic positioning system, which allows it to be kept at a given point during the sea, wind, current", and is also equipped with "a powerful 90-ton crane and tilter, which provide a wide range of discharge cargo. "

The second such vessel was laid on the “Zvezdochka” in July 2015.