December 20 2015
70
In order to resolve the crisis, the Syrian authorities are ready to stop fighting in areas where government forces are opposed by the formation of oppositionists, reports RIA News Statement by the Permanent Representative of Syria to the UN Bashar al-Jaafari. 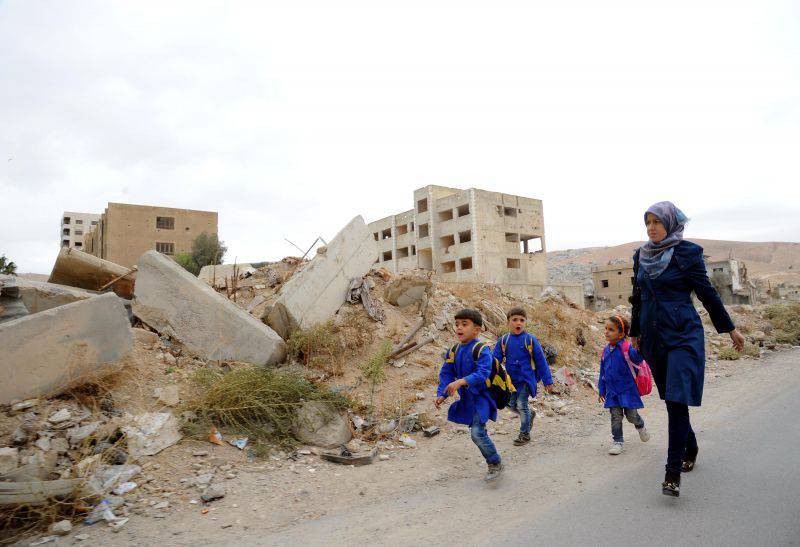 “The Syrian government is ready to end clashes in areas where Syrian militants are staying in order to achieve national reconciliation, which also includes the return of normal life, state institutions and public services to these areas. Militants must pass weapon in exchange for amnesty ",
said al-Jaafari at a UN Security Council meeting.

He recalled that local truces had already taken place in the country, and this policy would be continued for the sake of establishing peace.

“As for foreign mercenaries, terrorist groups such as Dzhebhat al-Nusra and Islamic State (DAISH), the Syrian government does not conduct a dialogue with them and will fight until complete liquidation,” the diplomat said.

The agency recalls that on Friday the UN Security Council approved a program for the transition to a peaceful settlement of the Syrian conflict. In accordance with the adopted resolution, the UN Secretary General, through his special envoy, must "convene representatives of the Syrian government and the opposition to participate in the formal negotiations on the political transition process without delay."

Ctrl Enter
Noticed oshЫbku Highlight text and press. Ctrl + Enter
We are
Tanks and roses. Donetsk lives in a fragile truce
70 comments
Information
Dear reader, to leave comments on the publication, you must to register.