What explains the popularity of Putin (The National Interest, USA) 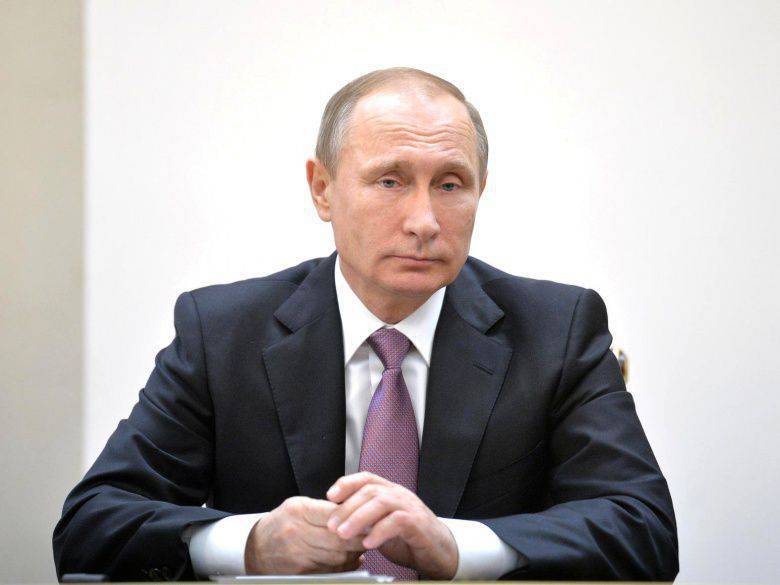 Whatever may be said about Vladimir Putin, he is a master of political survival. When protests against his return to the presidency began in Moscow four years ago, many in the West wrote it off right away (one famous book even promised to tell you “how Russia fell in love with and fell out of love with Vladimir Putin”). Nevertheless, 3 of December of this year, Putin issued the next presidential address to the Federal Assembly - and still remains record-breaking.

Western commentators often speak in such a tone as if they looked into the future and did not see Putin there. However, surveys of the independent Russian sociological service Levada Center show that there is no reason to expect an uprising soon. In contrast, the Kremlin is one of three structures that Russians more often trust than do not trust (armies trust 64%, churches and other religious organizations - 53%). At the same time, Putin personally "completely trust" 80% of respondents.

What does it mean?

Western media often blames Putin’s popularity for the influence of state-controlled Russian television — that is, brainwashing. However, such a one-sided approach is based on a distorted picture of the relationship between government and public opinion. Characteristically, only 34% of Russians expressed their confidence in the media.

Such sentiments reflect persistent nostalgia for some elements of the Soviet system, as well as dissatisfaction with the westernizing path that the country has been following since the collapse of the USSR. In 2012, only a smaller part of the respondents (16%, in 1996, 13%) believed that Russia should continue the liberal reforms of Yeltsin times, and very few (5%, in 1996, 6%) considered rapprochement with the West desirable.

At the same time, 70% of respondents are now proud of their country, while a decade ago less than half of Russians said so. It is also characteristic that since 2014, 68% of Russians believe that Russia regained the position of a great power.

The fact that the overwhelming majority of respondents (91%) expressed a preference for Russian food products for imported confirms that a consensus has developed in the country around import substitution (a response to Western sanctions) as a necessary measure to support domestic industry and, especially, agriculture.

Of course, this coincidence of state policy and public opinion does not make Russia a democracy. However, in the West, opinion polls often serve as a substitute for democratic mechanisms, so why in Russia should they not have the same function?

However, the main thing in this case is that the Russian “conservative turn” that began after Putin returned to the Kremlin in March 2012, which in the West is considered to be the onset of authoritarianism and Putin's arbitrariness, is probably closer to the outlook of the Russian conservative and patriotic majority than to admit most western governments.

It is possible that the authorities of post-Soviet Russia in foreign and economic policy have never approached the views of the majority of the population as they do now. So says, in particular, the deputy dean of the political science department of the Moscow State Institute of International Relations, Igor Okunev, with whom I recently spoke in Moscow.

“Historically, the Russian government has always been more liberal than the population. I believe that Putin, unlike Gorbachev and Yeltsin, decided to take it for granted and use it as a foothold. He moved on to this strategy after the 2011 protests of the year. It was then that he decided to leave the liberal minority and rely on a conservative majority. ”

Director of the Russian Institute for National Strategy Mikhail Remizov shares this opinion. “Russian democracy, by definition, should be conservative, populist, nationalist and protectionist,” he said. According to him, before 2012, conservatives, “certainly enjoying the sympathies of the majority of the people, took the place of the opposition. Real power remained in the hands of the neoliberal elite who ruled the country since 1990. ”

Now the situation has changed. “Putin’s in vain is called a nationalist,” said Remizov. - In the Russian context, he is rather a sovereign. However, on the whole, the Kremlin’s agenda is now being shaped by the opposition of the 2000s: by a conservative, patriotic majority. ”

However, Western countries often perceive the Russian liberal-opposition minority as the vanguard of a hidden liberal majority. Dmitry Trenin, director of the Carnegie Moscow Center, believes that in doing so, the West is putting the wrong horse. “It’s not only Putin’s case,” he said in Moscow in a speech I attended. - The point is in the nature of society as a whole. Putin can authoritarianly rule the country with the consent of those he rules. ” The imaginary liberal majority that expects liberation from the West does not exist. The problem of the Russian liberals, according to Trenin, is the same, “what the problems of the Russian revolutionaries have always been: they look down on the rest of the country and consider people as fools”.

At the same time, Trenin looks at the ability of the current rulers of Russia to cope with the deep-rooted problems of the country with the same pessimism: “We should expect some shocks. Sooner or later these dams will be broken. ”

Does this mean that Putin, for all his popularity, simply brought Russia back to the deadlock it was in before the revolution?

In tsarist times, the bourgeois liberal elite, striving to imitate Western Europe socially, politically and economically, fought against the conservative, collectivist worldview of the Orthodox peasantry (and its educated Slavophile patrons, based on the desire to preserve special Russian practices.

The government clumsily hesitated between these two sides, until in World 1917 it was not swept up by World War I and the power was not seized by a disciplined revolutionary group, guided by yet another Western ideology - Marxism.

Some believe that Russia is doomed to another revolution. Some (in particular, an expert from Chatham House Richard Sakwa) believe that Russia can come to democracy by transforming the system created by Putin. As a matter of fact, the consensus support of the president by the Russian society itself may mean that the “democratic evolution” is closer than we think. “The strength of Putin’s political position makes this moment ideal for power experiments with political competition,” says Remizov.

However, the West should not have illusions. Judging by the current Russian sentiments, the future democratic Russia is likely to differ little from Putin's one.

Author:
Matthew Dal Santo (Matthew Dal Santo) is an employee of the University of Copenhagen, a project manager for history and identity in modern Russia.
Originator:
http://nationalinterest.org/blog/the-buzz/putins-popularity-explained-14609