Media: extremist group "Ahrar al-Sham" is not included in the list of terrorist organizations

December 19 2015
60
The list of terrorist organizations, which was presented by Jordan at the International Syria Support Group conference in New York, lacks the Ahrar al-Sham Islamist group, reports Look with reference to the Al-Mayadin channel. 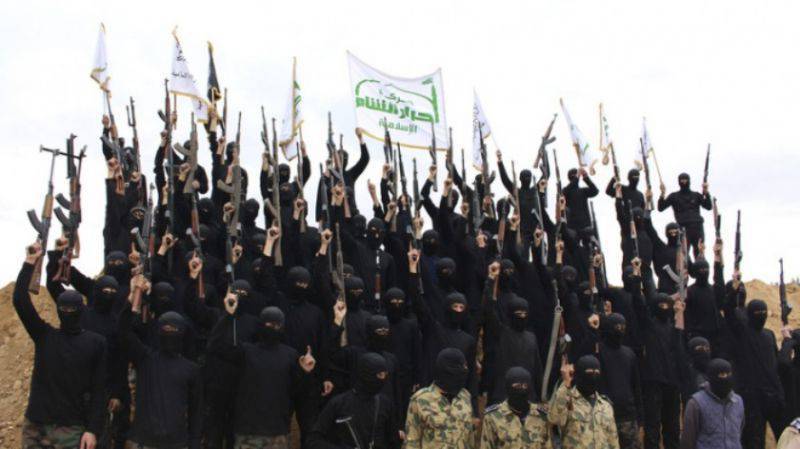 According to the channel, the group was removed from the list at the insistence of Saudi Arabia, which considers it a "moderate" opposition.

It is noted that the "Ahrara" also joined the "High Negotiating Committee (VKP), which was established at the December conference of the Syrian opposition in Riyadh 8-10 December."

Meanwhile, according to Lebanese expert Mohammed Ballut, the backbone of the group during its formation in 2012 r "made up the frames of Al-Qaeda".

He noted that the “radical platform Ahrar al-Sham” (whose number is estimated at 20-25 thousand militants) differs little from the installations of the Dzhebhat an-nusra group, considered to be the Syrian branch of Al-Qaida and recognized a terrorist organization.

“It’s hard to imagine that thanks to its participation in the conference in Riyadh,“ Ahraram ”managed to“ wash off ”the terrorist stuffing,” said Ballut to the publication.

Ctrl Enter
Noticed oshЫbku Highlight text and press. Ctrl + Enter
We are
Parts of the SSA do not want to negotiate with Damascus without the participation of Jebhat al-NusraInnovation Day of the Southern Military District: Platform-M robotic complex
Military Reviewin Yandex News
Military Reviewin Google News
60 comments
Information
Dear reader, to leave comments on the publication, you must to register.