The myth of the "preventive measures": some interpretations of the plan "Barbarossa" 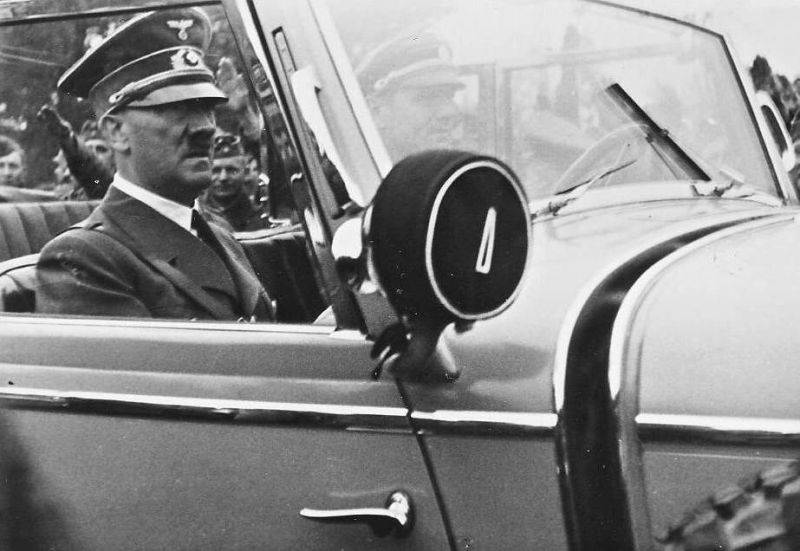 Expose the lies of Rezun-Suvorov and his followers

Six months later, in June 1941, Nazi Germany and its satellites set about implementing their sinister plans. This led to the death of millions of Soviet people and gigantic material losses.

It is also necessary to write about the blitzkrieg plan because the very fact of its development and adoption in 1940 clearly shows how deceitful and cynical is the myth of Germany’s “preventive measures” against the USSR. For many years, he has been promoted by a traitor to the Motherland and a falsifier. stories Victor Rezun-Suvorov and his followers.

In 1978, Rezun, who worked in Geneva at the Swiss GRU residency under the "roof" of the USSR Permanent Mission to the United Nations, intimately approached a foreigner. And behind him, as it turned out, were Western intelligence agencies.

And as soon as Rezun was blackmailed (unconventional orientation in the ranks of the Soviet special services, to put it mildly, was not welcomed), he "chose freedom", asking for political asylum in the UK. There, being under the hood of the British special services, the traitor to the Motherland became a historian.

Under the guise of "Viktor Suvorov," books began to appear that distorted the real history and defamed the USSR. They are still overwhelmed with shelves of many bookstores in Russia - the so-called Western partners never spared money for the duping (Alexander Zinoviev's term - ON).

Particularly insistently, Rezun-Suvorov insisted that the outbreak of World War II was primarily the fault of the Soviet Union, and the German invasion of our territory was a "preventive war." Germany, it turns out, was forced to attack the Red Army, which was preparing to attack it.

Who stood at the origins of the plan blitzkrieg

In fact, Hitler had been hatching plans for an attack on the USSR since the 1920s. Long before 22 June 1941, he explicitly stated:

"We, the National Socialists, quite deliberately put an end to all German foreign policy before the war. We want to return to the point at which our old development of 600 interrupted years ago. We want to suspend the eternal German drive to the south and west of Europe and definitely we point our finger in the direction of the territories located in the east.We finally break with the colonial and commercial policies of the pre-war period and consciously turn to the policy of conquering new lands in Europe.

When we talk about the conquest of new lands in Europe, we, of course, can mean, first of all, only Russia and those marginal states that are subordinate to it. "

Hitler gave the team to start developing a plan for the defeat of the USSR only a few days after 22 June 1940 of the year France was defeated and capitulated.

However, before receiving the Führer’s order, the Chief of the General Staff of the Ground Forces, Colonel-General Franz Halder, on his own initiative, began to study the question of "delivering a military strike to Russia."

21 July at a meeting with the commanders of the armed forces of Germany, Hitler outlined the main objectives of the war against the Soviet Union.

Hitler, who had a burning desire to defeat the USSR already in 1940, had to abandon this idea. The generals convinced him that it was necessary to thoroughly prepare for the upcoming war - to build airfields, roads, warehouses and much more. As a result, it was decided to attack the USSR no later than May 1941 of the year and crush it a maximum of five months - before the onset of autumn.

The time from August to November was spent on developing a plan for the upcoming campaign. A significant contribution to the planning of the war against the USSR was made by 1 of the chief quartermaster of the Army General Staff, Lieutenant General Friedrich Paulus, Chief of Staff of the 18 Army, Major General Erich Marx, Lieutenant Colonel Bernhard Lossberg.

In November, 1940, Halder reported to Brauchitsch the project “Otto” - the plan of war against the USSR was firstly named. After some revision, the plan lay on the table to the Führer. 18 December, Hitler signed Directive No. 21 (Barbarossa plan), and 3 February 1941 of the year approved the directive on the strategic deployment of ground forces according to the Barbarossa plan. She was sent to the headquarters of the three groups of armies, air forces and naval forces.

And in late February, the deployment of the German army groups "North", Center "and" South "near the borders of the USSR began. Rezun-Suvorov prefers not to recall this.

Another documentary refutation of fantasies and fakes of Rezun-Suvorov was Alfred Rosenberg’s Political Journal published in 2015 in Russian.

2 April 1941, the main Nazi ideologue recorded in it information about the joyful event for yourself: "Rosenberg, now is your hour!" With these words the Führer completed a two-hour conversation with me today ... "

The conversation took place in connection with the appointment of Rosenberg as the Commissioner for the centralized processing of issues of Eastern European territory. Camouflage will be dropped after the German attack on the Soviet Union: from 17 July 1941, Rosenberg will be referred to as the Reich Minister of the occupied Eastern Territories. He has been preparing for this mission since April.

Noteworthy is another entry made by Rosenberg 1 May 1941: “I just wrote 5 flyers: to the Red Army, to the Russian people, to Ukrainians, Caucasians and the people of the Baltic States. With all the relevant nuances that historical conditions and political objectives require.”

As we see, the preparation for a "preventive war" was very detailed and thorough, with "all the relevant nuances."

20 June, when the Nazis had already prepared for a strike on the USSR, Rosenberg appealed to the higher generals with an explanation of the political objectives of the upcoming campaign and plans to dismember the Soviet Union.

He said: “Today we are not looking for a“ crusade ”against Bolshevism only in order to free the“ poor Russians ”for all time from this Bolshevism, but in order to pursue German world politics and ensure the security of the German Reich ... War to create indivisible Russia is therefore excluded. Replacing Stalin with a new tsar and even the appointment of a nationalist leader will lead to the mobilization of all the energy in this territory against us. The place of this, although customary to this day, concept of united Russia is completely a different look at Eastern issues ... "

It was planned to dismember the USSR, to appropriate resources, to destroy part of the population, and to ruthlessly exploit the rest.

Rosenberg didn’t hide it, noting: “The feeding of the German people is undoubtedly at the forefront when it comes to German demands in the East. And here the southern regions and the North Caucasus will find reserves for feeding the German people. But we don’t see our debt in ... feeding the Russian people as well. We know that this is a tough necessity that makes you forget about any feelings. Undoubtedly, enormous exploitation will be necessary, and the Russian people expect tough years. "

The Nazi ideologue and the German generals did not anticipate that hard times were not just for the Russian people ...

An attempt to implement the plan "Barbarossa" did not lead to another triumph of the German weaponswhat all its developers counted on. Already on the fourth day of the war, Erich Marx, who was considered in Germany almost the main specialist in Russia, came under fire, was seriously wounded and eventually lost his leg. And in July 1941, Keitel found out about the death of a tanker son.

The number of casualties in Germany grew with each passing day, and the chances of victoriously ending the war — no longer until the fall, but at least someday - became less and less.

The Barbarossa plan turned out to be a common and fatal mistake of Hitler and his generals.

Ctrl Enter
Noticed oshЫbku Highlight text and press. Ctrl + Enter
We are
Congratulations on the 285 anniversary of the birth of the Great Russian commander Alexander Vasilyevich Suvorov!How Rezun turned into Suvorov?
Military Reviewin Yandex News
Military Reviewin Google News
24 comments
Information
Dear reader, to leave comments on the publication, you must sign in.