The system was constantly improved, and over time, special departments of fronts, districts and other military formations became part of a unified system of state security bodies in the troops.

The military counterintelligence initially set itself the task of identifying the provocateurs operating in the army, as they said at the time, the "counter", agents of foreign intelligence services who found themselves in various military posts in the army of Soviet Russia. Due to the fact that in 1918, the army itself of the new post-revolutionary state was just being formed, the work of the military counterintelligence officers was more than enough. The work was complicated by the fact that the military counterintelligence system itself was actually written from scratch, since the pre-revolutionary experience of Russia in terms of countering destructive elements in the army was decided to be neglected. As a result, the formation and structuring of a special department went through numerous thorns and laid its imprint on the effectiveness of certain stages of creating the monolithic Red Army.

However, as a result of carrying out a truly gigantic amount of work, primarily in the selection of personnel, the effective activity of military counterintelligence was debugged, and in some respects it was fine-tuned, as they say, to the smallest detail.

Operational staff of special departments (special forces) were attached to military units and formations (depending on rank). At the same time, the special persons should have worn the form of the unit to which they were “assigned”. What was the official set of tasks for the operative officers of the military counterintelligence at the initial stage of its existence?

In addition to monitoring the morale of military units and their political views, military counterintelligence officers were tasked with identifying counter-revolutionary cells and persons engaged in destructive agitation. The special agents were supposed to identify persons who were engaged in the preparation of sabotage as part of the units of the Red Army, spying for those or other states, and were showing terrorist activity.

A separate function of representatives of special departments was to conduct investigative work on crimes against statehood with the transfer of cases to military tribunals.

Memories of participants of the Great Patriotic War regarding the activities of representatives of military counterintelligence can hardly be called extremely positive. Under wartime conditions, there were also frank exaggerations, when soldiers were charged with counter-revolutionary activities, for example, for improperly winding up sisters, as a result of which the fighter rubbed his legs to monstrous wounds during foot marches and lost his ability to move as part of a unit when attacking / retreat. For modern lovers picking in stories such cases are a truly tidbit, with the help of which you can once again unleash the “human rights advocacy” handwheel and publish another “profound work” about the Stalinist repressive machine. In fact, excesses and unjust decisions were made - this is not what can be called a trend in the actions of professional military counterintelligence.

The tendency is that with the help of representatives of special departments, indeed, entire networks of enemy agents were revealed, which acted under the guise of officers' epaulets and not only. Thanks to the activities of military counterintelligence officers, it was often possible to raise the morale of the unit at a time when the soldiers were panicking and intended to randomly abandon their positions, putting at risk a particular operation. Many cases were noted during the Great Patriotic War, when it was the employees of special departments who led the units (although this function was certainly not part of the duties of military counterintelligence officers), for example, in the event of the death of a commander. And they did not lead behind the backs of the soldiers, as adherents of "free history" sometimes like to assert.

Since the times of the Great Patriotic War, the name of counterintelligence organizations SMERSH, which got its name from the abbreviation of the phrase “death to spies”, is widely known. The General Directorate of Counterintelligence, established by 19 on April 1943 of the year, was directly subordinate to the People's Commissar of Defense, JV Stalin. 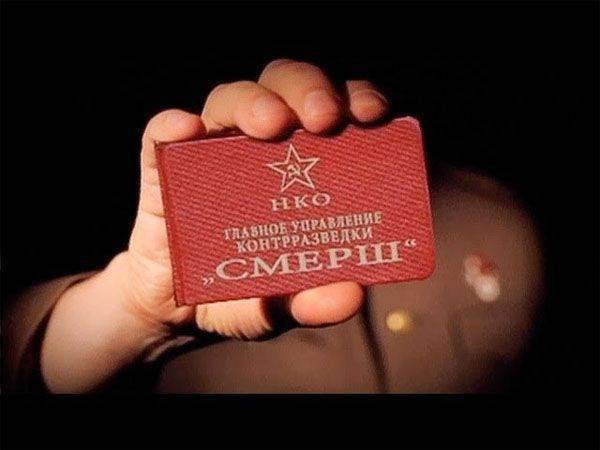 The need to create such a structure was justified by the fact that the Red Army began to liberate the territories occupied by the Nazis, on which the accomplices of the German fascist troops could remain (and remained). On account of SMERSH fighters hundreds of successful operations. The whole line of activity is counteraction against the Bandera gangs operating in the territory of Western Ukraine.

Headed the Main Counterintelligence Directorate of SMERSH Viktor Semenovich Abakumov, who after the end of the Great Patriotic War was appointed to the post of Minister of State Security. In 1951, he was arrested on charges of "high treason and Zionist conspiracy", and on December 19, 1954 was shot on amended charge of fabrication of the so-called "Leningrad case" in the "Beria gang". In 1997, Viktor Abakumov was partially rehabilitated by the Military Collegium of the Supreme Court of the Russian Federation. 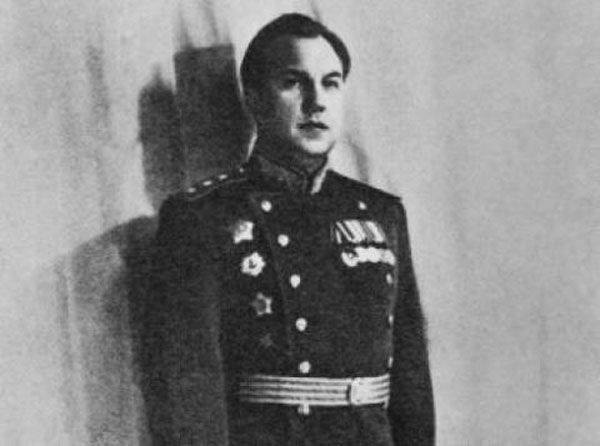 Today, the military counterintelligence department operates as part of the Federal Security Service of Russia. The department is headed by Colonel-General Alexander Bezverhniy.

The tasks of military counterintelligence are today inextricably linked to identifying destructive elements in the ranks of the Russian army units, including those who, in violation of statutory requirements and Russian law, conduct contacts with representatives of foreign intelligence services and organizations supervised negatively affecting the combat capability or information security of units and formations. intelligence services and their derivatives. This is also the activity of identifying people who publish publicly available secret information about new weapons, as well as personal data of Russian military personnel participating in various types of operations, including the antiterrorist operation in Syria. This, at first glance, invisible work is one of the foundations of state security and improving the combat capability of the Russian army.

Ctrl Enter
Noticed oshЫbku Highlight text and press. Ctrl + Enter
We are
"Army Games". Masters ABT. Part 1The action “Military service under the contract is your choice!” In Rostov-on-Don: future contract servicemen, exhibitions and “Russian Knights”
83 comments
Information
Dear reader, to leave comments on the publication, you must to register.