December 18 2015
83
The first deputy head of the IMF, David Lipton, made a statement regarding the economic situation in Ukraine and the recent decisions taken on the Ukrainian issue in the International Monetary Fund. According to Lipton, the Ukrainian authorities now need to focus on structural economic reforms. First of all, according to Lipton, Kiev should pay attention to optimizing costs (and this is reducing pensions and social benefits), as well as reforming the country's tax system. Reports about it RIA News.


According to David Lipton, the Ukrainian government should work to ensure that the budget deficit does not exceed 3,7% of GDP. It is this indicator that is appropriate, as the IMF believes, to continue lending to the Ukrainian economy, even if it turns out to be default. 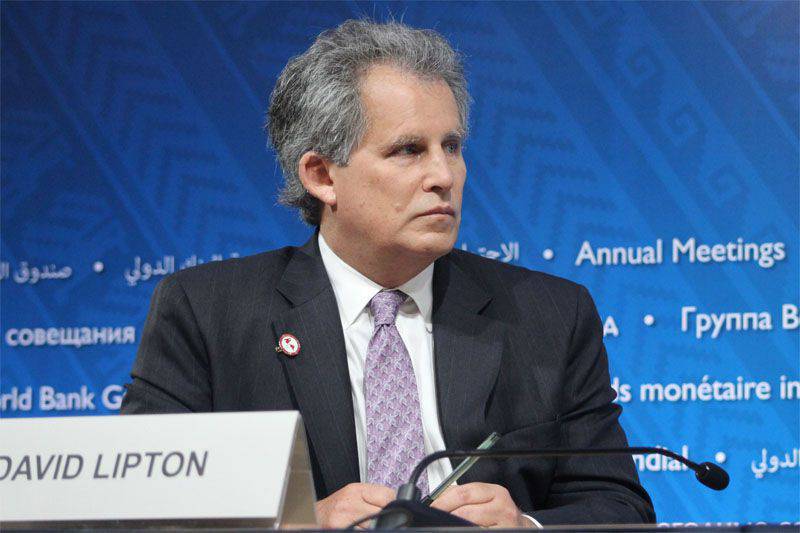 Recall that Kiev announced that he had nothing to pay the loan debt in 3 billion dollars to the Russian Federation, which automatically leads to the recognition of Ukraine by the state with a default in the economy. Initially, the IMF said that even a default cannot prevent lending to the Ukrainian financial system. Now Lipton says that if Ukraine does not accept the conditions of the IMF (on tax reform and budget cuts), then loans from the IMF will not be allocated to Kiev. The Deputy Managing Director of the Fund notes that delaying the adoption of the budget for 2016 for a year gives reason to doubt that Ukraine really wants to receive loans from the IMF on conditions previously voiced.