Social elevator as a panacea for modern problems of Russia, or How to remove those who are not with us 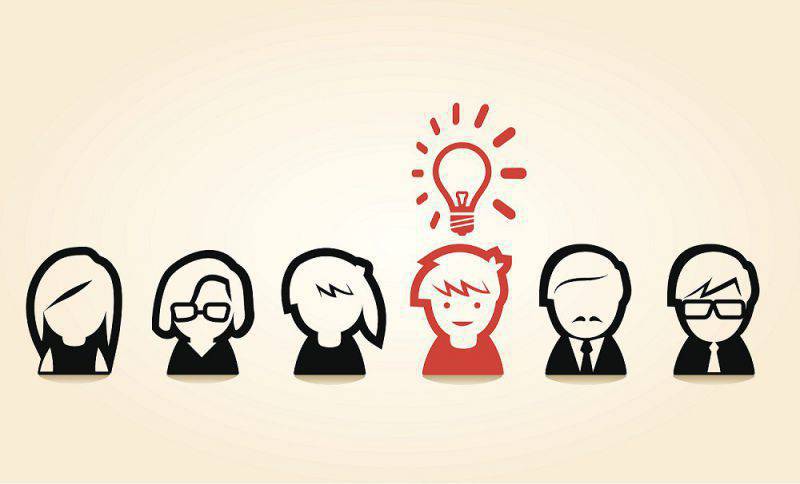 Social elevator is a concept similar to vertical mobility, but more commonly used in the modern context of discussing the theory of elites as one of the means of rotating the ruling elite.

Possible panacea for today's problems. In post-Soviet times there was such a thing as "stagnation". At one time, smart men explained to us for a long time, where we stagnated, but over time, the majority of these men played the role of traitors or simply bad people. And whether this was the most stagnant, hard to say.

But the fact that today in Russia there is a stagnation, it is not necessary to prove. From year to year in the power the same persons turn. And, if in the power of the legislature it is still somehow diluted, then in the executive one can even not give a damn. And so it is clear that he will fly to the representative of United Russia.

Stagnation for Russia is quite normal. Even Peter the Great successfully solved his problems precisely with the help of a social elevator, favoring the nobility for commoners who distinguished themselves in the sovereign service. And, by the way, it was these innovations that helped Peter solve staff shortages in many areas, including navy.

As an example of such an elevation, you can take history troop clerk Ivan Grigorievich Suvorov, who had made a hefty career under Peter, and had become the general troop clerk to receive the nobility, being inherited. It was the nobility granted by Peter that enabled his son Basil to receive a good education. And Vasily began as a batman at Peter Alekseevich. He finished his career as a general general. Well, and who became Alexander, is not to say.

And in the future, the history of Russia knows a lot of similar examples. With different emperors and empresses, the essence was the same - the influx of "fresh blood" contrary to established traditions. It is impossible not to recall Mikhail Lomonosov, and Stepan Makarov, and Nikolai Zhukovsky.

And the Stalin era, despite the many distortions, also quite effectively used this principle. Here examples may amount to thousands. It is precisely such cases, when the children of peasants and workers broke into the elite and worked for the good of their country, became something quite ordinary.

The boy-Cossack from the wilderness of the Kuban region (was such), having 3 education class and working as a postman, ends his life as a professor of the academy, colonel-general, Hero of Socialist Labor. Miracle? Yes. And the miracle that his thoughts were able to defeat the gurgling of the "great strategist" Tukhachevsky. This is me about Vasily Gavrilovich Grabin.

And what a miracle was the appearance of the son of the exiled fist from the Altai Territory? Seven classes of education, father on the settlement in the Tomsk region, the accountant in the depot of the station Matai of the Turkestan-Siberian railway. And a natural craving for technology. Zhukov, Blagonravov not just noticed. Now you can learn and work. Total? Mikhail Timofeevich Kalashnikov.

Or a Belarusian peasant who fused with his father a forest, with difficulty completing 7 classes, and then vocational school, and first becoming the director of a rural school, and then a thunderstorm and headache for the entire capitalist world in the USSR - is also a miracle? The miracle was called Andrey Andreevich Gromyko.

“You are right,” said Andrei Andreevich many years later to his son, “I became a diplomat by accident. The choice could fall on another guy from the workers and peasants, and this is already a pattern. Malik, Zorin, Dobrynin and hundreds of others came to diplomacy with me in the same way. ”

Thousands of examples. The essence is the same: the rulers (or leaders) had to pierce the established foundations. This did not always bring immediately positive results, it suffices to recall the cleaning of the Red Army by Stalin. Yes, they removed many of those who should have been removed. And some, like Tukhachevsky, were removed even later than it should have been. And while those who came to replace them retired and learned, the Germans stood near Moscow.

Today’s day resembles both the time of Peter the Great with the absolute power of the boyars, and Stalin’s with the “old Bolsheviks”. Only instead of the boyars and the "old Bolsheviks" we have the "United Russia" that controls everything and everyone. Plus a bunch of not quite understandable "successful managers" in the government.

Often heard the wishes "to remove all." Medvedev, Nabiullina, Ulyukaeva. All But the question arises: who in their place? And how effective will those who come to replace them? Since no one voiced the candidacies, it is difficult to draw conclusions.

The Stalinist practice, when the battalion commander came to the place of the divisional division, showed all its flawedness exactly 22 June. Over the head do not jump. However, it is clear and understandable that the above-mentioned persons (according to the list), as well as frankly snickering mayors and governors, should be knocked out from their common lands.

Say is easy. Make - harder. Where to get three (and in fact much more) hundreds of specialists of this level? Functionals are dragging sons-daughters? Dragging Need to clean up? It is necessary. But it is necessary to remove not only the son-daughter. And first you need to figure out, is it really so bad, son? There have been precedents in history.

But, if the child really "does not pull", then it is necessary to remove not only him. And a child-loving dad, too. As well as daddy colleagues. For they will not really work, we can do it.

Do you understand what I mean?

It is about replacing thousands of people in the management apparatus. The question arises: where to get them?

In United Russia? Yes, I agree, the joke was a success. Rockers against drugs, bees against honey, officials against corruption. And arithmetic, which states that the sum does not change from the rearrangement of the places of the terms, has not been canceled. The same can be said about all these "Young Guards" and other seliger-lubricants. This footage for the "EP."

But changing the existing system is necessary. Okay, daughters and sons, sometimes things are generally anecdotal, if it were not so sad. As, for example, Alexey Vasilyevich Kamyshev was appointed the executive director of the Voronezh association of KBHA (these are engines for Angara, Soyuz, Proton, ICBM). Young (43 of the Year) effective manager.

Are you interested in what enterprises he showed himself? I was told by the staff of the KBKHA, who are still in shock.

Kamyshev made a career at CenterTelecom, where from a securities specialist he reached the branch director. The most necessary person in rocket science. And he began with what? That's right, with cost savings. That is, with layoffs and reductions.

If someone has questions like “Why is Proton again“ raised? ”, You will remember this information, okay? Because people with years of experience from s / n in 15-17 of thousands and with the prospect "We will now dismiss the excess, you will work for three, but for 30 thousand" somehow not in awe.

It’s like a single example of “effective managism” in Russia.

Stalemate situation? And no.

The output can be, oddly enough, ONF. As a basic platform for the initial running and validation of people. They, in principle, are engaged in this, only with reverse polarity. But in our realities thief is easier to find than a normal person. So there is something to work on.

It is difficult, but possible, to create a new system of promotion of personnel, independent of the "EP" and governors' apparatus. The main thing is that the information is not "lost". And given the opportunity to work in principle.

By itself, a social elevator has repeatedly rescued Russia and the USSR. But today's situation is perhaps more complicated than Peter the First was. He was abundantly enough for everything about all the pairs of regiments of archers, Catherine the Great was at all some cost-effective for the Transfiguration.

But you need to change the system. Personnel in Russia were, are and will be. And smart and (importantly) honest people will also be found. Formed and with the desire to get into these very "elite". Must be. And there is still where to look, not all collapsed yet.

By the way, one more example from the Russian history. I will not take the USSR, but in my Voronezh gubernia, who only did not care for in the mayoral and gubernatorial posts. Democrats and communists, former communists and underdemokrats. The result, however, was one. Lower and lower.

But there was one at dawn. Kovalev. By the way, in comparison with successors in general a specialist of the highest category. Perhaps because before the governorship led a large plant. By the way, the plant is still alive and well. Yes, Kovalev also had a carriage claim, but who came after him ... I don’t want to even remember.

Russia does not need effective managers, but engineers and business managers. Business executives - especially. Our farm is huge.

Complex issue. On the one hand, something must be somehow changed. On the other - not so simple. But you still have to start. While we really did not otnabiullilli and not sululyukali at all.

To think that brushing a couple of heads with a sword and everything will fall into place is criminal. It should be calm and balanced. Shorten the hands of the governors. Change especially ragged. And not just change, on the "people", but on the appropriately prepared. Same thing with the government. And also careful. For at this level with each replacement - as with a mine. In order not to explode.

Chubais just leave. For life. That was where to poke your fingers.

And shout "down with enemies" can be on the Internet. For down enemies - this is yes, it is necessary. But after “goodbye” to one, it would be necessary to say “welcome” to others.

That's the challenge for the future.

Ctrl Enter
Noticed oshЫbku Highlight text and press. Ctrl + Enter
We are
Social inequality: excessive polarization of society threatens the country's securityResults of the week. “Are you the smartest here?” Did anyone tell you this, or did you decide? ”
Military Reviewin Yandex News
Military Reviewin Google News
175 comments
Information
Dear reader, to leave comments on the publication, you must to register.