As the Security Service of Ukraine in Mariupol pravosekov disarms ...

December 17 2015
34
Edition "News Donbass ”spreads the message that a special operation of the Security Service of Ukraine and the so-called national police is being conducted in Mariupol. The main goal of the operation is, no less than nothing, to disarm the militants of the Right Sector. At least, the Security Service of Ukraine declare that they are going to withdraw weapon have pravosekov.


Of messages:
In Mariupol, the building at Krasnomayakskaya, 17 a, (the former dormitory of the Ship Repair Plant, in which immigrants have been living since last summer), is surrounded by representatives of the security forces: the SBU, the National Police, the prosecutor's office.

At the same time, it is reported that the persons from whom weapons are being withdrawn called themselves representatives of the “Right Sector”. In particular, we are talking about the Pravosek division with the loud name “Odin”, the head of which was named a certain Ruslan Kachmala with the call sign “Rem”. 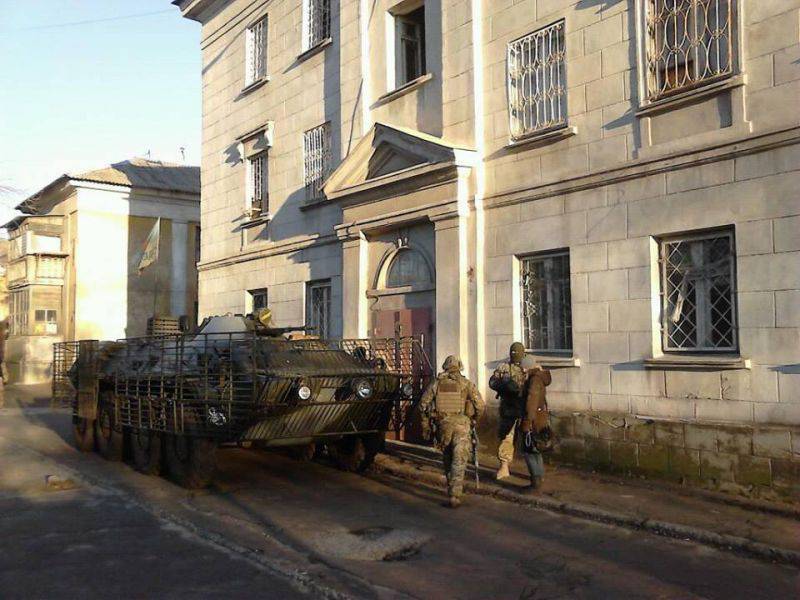 Kachmala, as reported by Donbass News, said that he did not have registration in Mariupol, but he did not hide the fact that he was keeping weapons in one of the rooms in the dormitory. In the same Ukrainian media, it is noted that over the weekend, representatives of the Right Sector organized a rally in one of the districts of Mariupol, at which they declared a protest against the work of the monopolies of the oligarch Rinat Akhmetov. Apparently, this is a hint that it was after such a rally against the Pravoseks who settled in Mariupol that they decided to conduct a “special operation” during which pravoseki for some reason did not make a single attempt at least some resistance ...