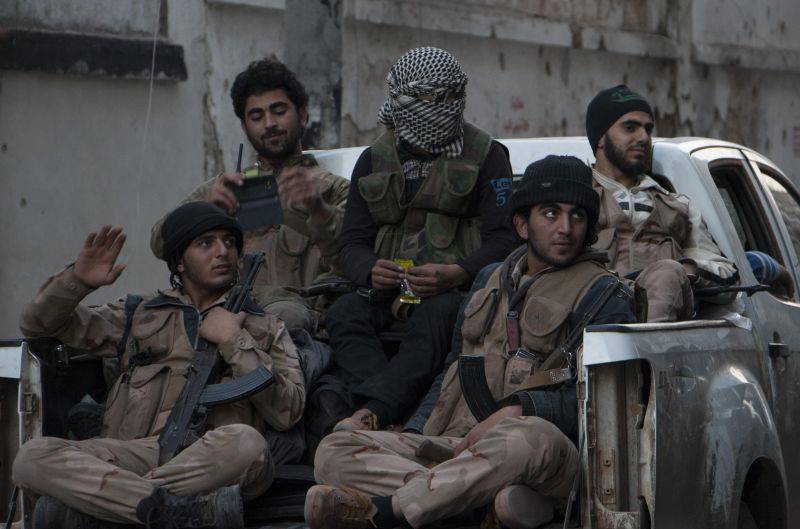 This time the ammunition was delivered by ground and fell into the "right" hands. The purpose of the supply is to provide the “moderates” with the necessary resources in the run-up to the attack on the city of El-Shaddad (northeast Syria), occupied by terrorists.

“This is the third batch of ammunition that the Syrian Arabs have received from the United States since October of this year,” Reuters writes. The agency does not report the amount of ammunition and their composition.

The conflict in Syria has been going on since March 2011. According to the UN, more than 220 thousand people died in it. The pro-government forces are opposed by various extremist organizations, the most numerous of which are Daesh and Dzhebhat an-Nusra.

Ctrl Enter
Noticed oshЫbku Highlight text and press. Ctrl + Enter
We are
Representatives of the "Syrian Opposition" trained by American instructors swear allegiance to the Jebhat al-Nusra terroristsReports from the militia of New Russia for 4-5 of October 2014 of the year
Military Reviewin Yandex News
Military Reviewin Google News
15 comments
Information
Dear reader, to leave comments on the publication, you must to register.