"Shocking" forecast: oil will rise in price, the ruble will strengthen, the poor will get rich, Trump will not choose

December 18 2015
119
Steen Jacobsen, chief economist at Saxo Bank, who spoke at the presentation of the forecast “Shocking 2016 predictions,” surprised the public with bold statements. When everyone talks about the collapse of the oil market, this man promised the price of Brent crude to 100 dollars per barrel. Already in the coming year. And really, why postpone it? However, it is necessary to take into account the reservation of the soothsayers: 100 dollars will only be a surge, a short-lived phenomenon. This number is good for headlines in the media, but it occupies an insignificant place in the forecasts of economists. 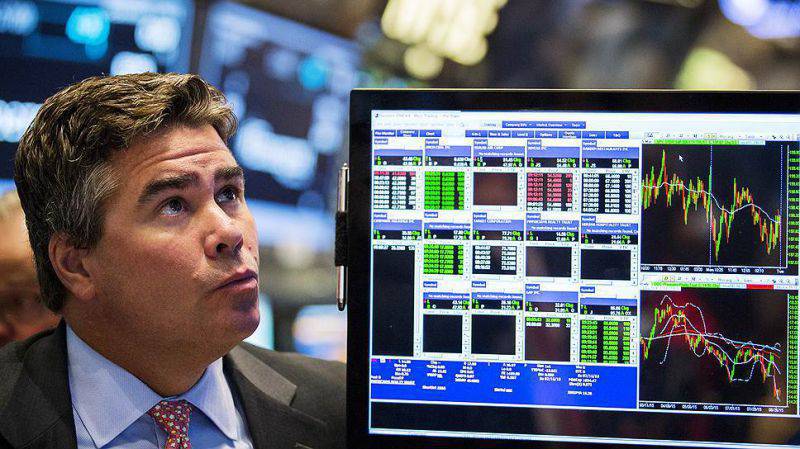 Voicing his “shocking predictions”, Mr. Chief Economist emphasized that his predictions are not an official forecast on behalf of Saxo Bank. He also informed the public that his assumptions are “more plausible” than those judgments that allow widespread public opinion. With regard to the likelihood of their implementation, then, according to Jacobsen, one or even two promises can come true.

Here are the key statements of Stein Jacobsen mentioned.

Iran, which is about to enter the oil market, will not have a significant impact on prices, since this state is already exporting oil, bypassing Western sanctions.

The average price of oil in the world in the next 10 years will be 40-50 dollars per barrel.

However, there will be a short period of price hike. The most important role in the rise in price of oil will be played by OPEC. The cartel members simply will not stand the pressure on the state budgets of their countries and panic. The time will come when OPEC decides to reduce the supply of black gold to the world market. Of course, this decision will lead to higher prices. Investors will take the so-called long positions in oil. At the peak of the price of raw materials will reach hundreds of dollars per barrel. In the future, quotes on stock exchanges, the chief economist believes, will inevitably fall. In 2016, prices will range from 50 to 70 dollars per barrel.

As you can see, the range is quite wide. This is probably one of those forecasts, which, according to the analyst himself, can really come true.

Further, the economist predicted the strengthening of the Russian ruble. The forecast is logical. In the raw country where oil, there and the ruble.

According to the forecaster of Saxo Bank, by the end of the coming year, the rise in oil prices, coupled with an excessively slow increase in the US Fed rates, will allow the ruble to strengthen by about 20% relative to the two-currency basket (0,55 dollar and 0,45 euro).

There is one more factor leading to the strengthening of the Russian currency: Steen Jacobsen believes that the West in 2016 will lift sanctions from Russia. This will be connected with the decision of world leaders to start a united struggle against terrorism.

Jacobsen does not even rule out a jump in the Russian currency by 50%.

As the ruble strengthens, the dollar staggers slightly. The economist recalls that during 2015, the dollar strengthened against the euro. But next year everything will be the opposite. Forecasted exchange rate at the end of the year 2016: 1,23 dollar for 1,00 euro. Where does this opinion come from? In "Saxo Bank" they think that after raising the Fed's rate, the dollar will peak, and then it will begin to drift towards weakening.

The market for corporate bonds forecasters promise a speedy collapse. Quite soon, in 2016. It comes to the point that they will stop trading these securities. Experts are confident that the stupid and overly “aggressive” Fed policy can lead to this result. Unreasonable actions of the Fed will eventually lead to a collapse of quotations.

There is a political component in the "promises" from Saxo Bank. She also "shocked" the reader.

Potential US presidential candidate Donald Trump, who is now at the peak of popularity among voters and in demand from the press, will not be the next president. Moreover, an expressive billionaire will overwhelm the entire election campaign of the Republican Party. Republicans are too late to realize the inadmissibility of the election candidates Trump. They will have time, of course, to put up another candidate, since there are no numbers for them, but he will not be able to provide adequate resistance to the Democratic candidate. As a result, a new Democrat will sit on the throne in the White House, and a protracted crisis will begin in the Republican Party. In the future, Republicans will lose congressional elections.

The economist believes that the campaign against Trump is gaining momentum in the US today. The most numerous audience stands against the billionaire: the relatively young, liberal, educated and unemployed Americans - the “millennial generation”. These people will give votes to the Democratic candidate. It will be a difficult victory for the Democrats: it will happen thanks to the "demoralization of voters" and the crisis of the Republicans.

In Europe, in the meantime, they will build ... socialism.

According to Saxo Bank experts, in the EU there will be more equality in 2016. The endless crisis of growing inequality against the backdrop of mass unemployment (it will exceed 10%) will lead Europe to the introduction of a "single basic income." The purpose of the innovation is to help the low-income population. The forecast is not taken from the ceiling. Corresponding ideas are being discussed today in France, Switzerland, Finland, Spain.

According to the current estimates of the International Labor Organization, 123 million people in the European Union (about a quarter of Europe’s population) are at risk of falling below the poverty line right now.

For goods that are commonly attributed to luxury, in 2016, the demand will fall by half, according to analysts of Saxo Bank. The luxury sector will be in deep crisis.

In short, the rich will become poorer, the poor richer.

And now a little about the forecasts from other experts of the bank. These forecasts concern Russia as well.

The head of Saxo Bank’s strategy in the foreign exchange market, John Hardy, believes that international investors will again invest in the Russian economy.

John Hardy also noted that the exacerbation of the geopolitical situation allowed Russia and the West to sit at the negotiating table. This change will lead to a way out of the confrontation in the future. But precisely because of the political confrontation between the West and Russia, the value of Russian assets has been under pressure for more than a year.

Ole Hansen, head of trading strategies at Saxo Bank on the commodity market, gave a deeper forecast about oil prices. He believes that at the beginning of 2016, the oil market will remain under pressure due to high overproduction rates, and Iran will in the short term still affect price declines. In the first quarter of 2016, the price of Brent blend oil will fall even beyond the lows of the 2009 recession of the year. The cost of OPEC oil will also fall to its lowest level since 2009 of the year. But every cloud has a silver lining: this will lead to a reduction in production by those countries that are not part of OPEC. The cartel will take advantage of this and suddenly, for world market players, will reduce production. The price will go up; at its peak, it will approach $ 100 per barrel. Well, then everything will be as Steen Jacobsen said: oil will fall in price to 50 or 70 dollars per barrel. However, geopolitical tensions in the 2016 year will provoke short-term price highs.

The forecasts of Russian expert bankers, we will add in conclusion, even optimistic ones, slightly differ from the “shocking” scenarios of Saxo Bank specialists. For example, analysts of Alfa Bank predict that for 1 a dollar at the beginning of 2016 will give 80 rubles. At the end of this year, about 75 rubles will be given for a dollar, experts say, whose opinion leads Gazeta.ru.

However, after Q1 2016, the ruble will begin to regain positions. And by the end of next year, the average annual rate will be 70 rubles. for a dollar.

As you can see, the forecast is optimistic. But the rainbow indicators of economists from Saxo Bank are far from him.

Observed and commented on Oleg Chuvakin
- especially for topwar.ru
Ctrl Enter
Noticed oshЫbku Highlight text and press. Ctrl + Enter
We are
Results of the week. “Everything will go like clockwork: at first — in the evenings — singing, then pipes will burst in the toilets ...”Oil: how optimists were mistaken
Military Reviewin Yandex News
Military Reviewin Google News
119 comments
Information
Dear reader, to leave comments on the publication, you must sign in.