December 17 2015
34
Information Agency Reuters reports that Washington made a decision on the sale of arms to Taiwan. The administration of the President of the United States officially notified representatives of Congress about this decision. Reports about it RIA News. We are talking about the sale of anti-tank missiles, attack aircraft and two American frigates totaling more than 1,8 billion. 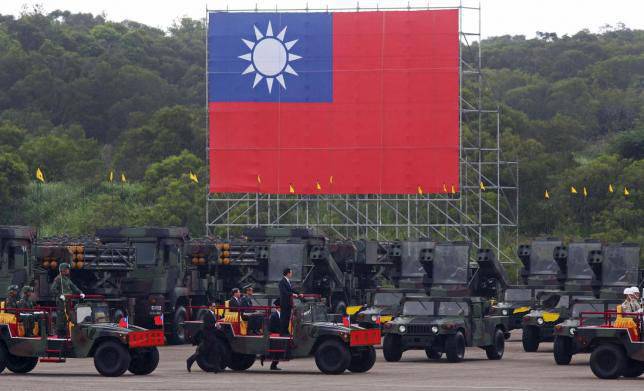 China has reacted negatively to such a decision by US officials. Most recently held historical a meeting between the authorities of China and Taiwan, which gave rise to talk about the possibility of establishing full-fledged diplomatic relations between Beijing and Taipei. After the decision of the American authorities to implement weapons for the Taiwanese army in Beijing, they believe that this is throwing relations to the previous level. Recall that official Beijing does not recognize Taiwan as an independent state.

At the same time, in Washington itself, they have already managed to declare that the sale of arms to Taiwan "should in no way affect relations with China." At the US State Department, they say that this step is in no way aimed at somehow ignoring the territorial integrity of China. It should be noted that the USA Taiwan is an independent state that recognizes and maintains relations at the interstate level.

China has said that US actions may affect Sino-US relations.

Ctrl Enter
Noticed oshЫbku Highlight text and press. Ctrl + Enter
We are
The global crisis and the “yellow threat” led to the arms race of the countries of the Asia-Pacific Region. Part of 3
Military Reviewin Yandex News
Military Reviewin Google News
34 comments
Information
Dear reader, to leave comments on the publication, you must to register.