December 16 2015
25
German aviation began to support the anti-terrorist operation carried out by the Western coalition in Syria, reports MIC with reference to the agency DPA. 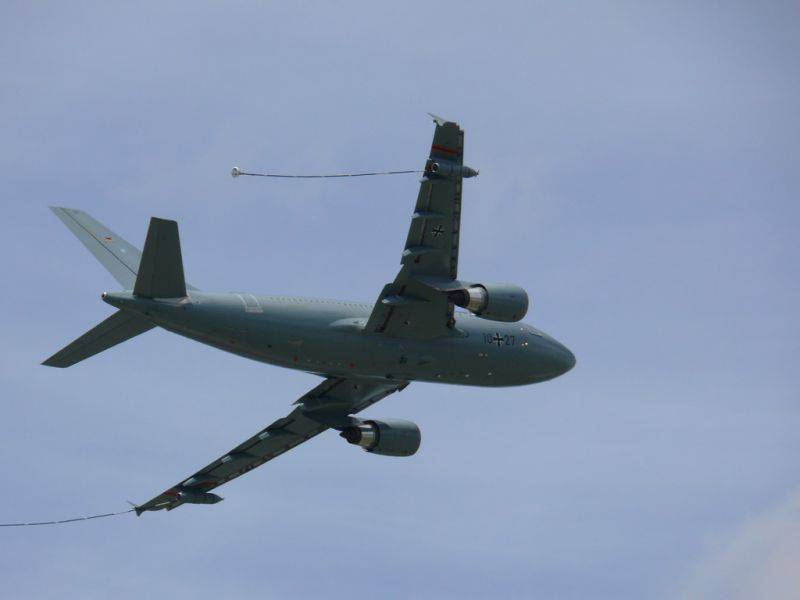 “On the night of Wednesday, the first flight was made by the tanker A310. He stayed in the air for about five hours, ”a representative of the Bundeswehr told the agency without specifying details.

Earlier it was reported that the German parliament agreed to the participation of the armed forces of the country in the military operation against Daesh for a period of one year. In addition to the tankers from the German side involved the aircraft "Tornado" and the frigate, as well as up to 1,2 thousand soldiers.