December 17 2015
18
We simply do not notice much in our life, we take it for granted. We are used to cleaned yards, exported debris, water in the faucet and light in our homes. The work of public utilities is often invisible in peacetime. However, against the background of the war, everything changes dramatically. War is associated with disruption, dirt, debris. It really is. And only on the harmonious and precise work of the housing and utilities staff depends on how quickly the traces of the war will be removed from the streets of the city. 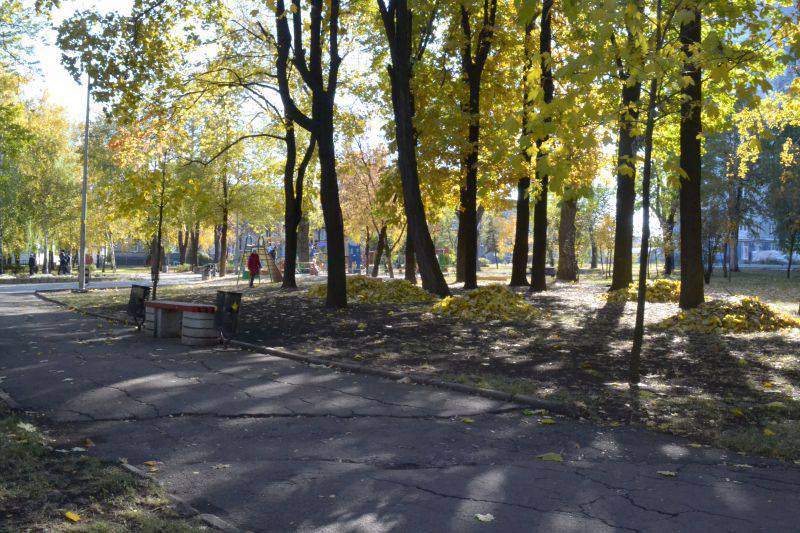 The war did not stop the work of public utilities in Donetsk. Locksmiths, janitors, plumbers, plumbers, and other workers in the housing and utilities sector went to work and worked under incessant shelling, to the sound of cannonade and projectiles exploding nearby. “It’s scary, not scary, but we have to work,” the janitor tells us. 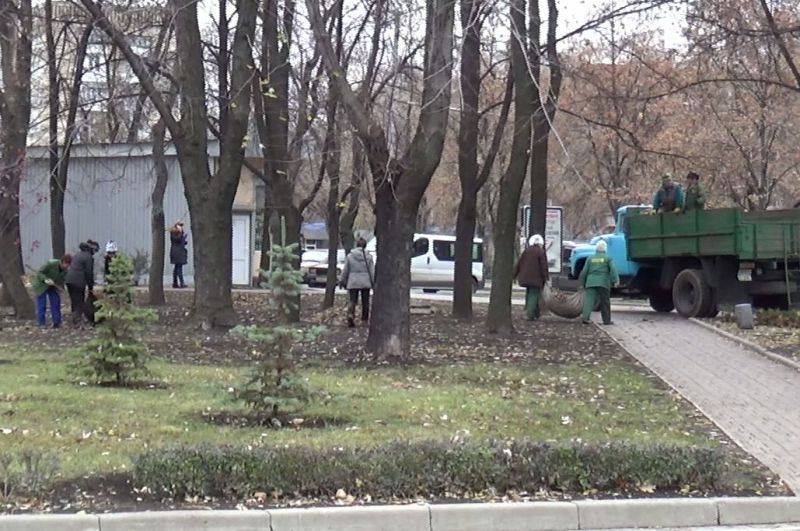 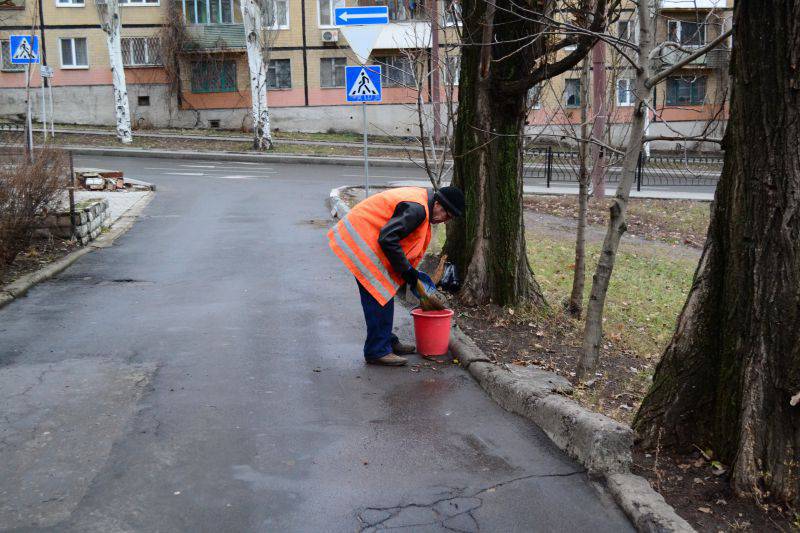 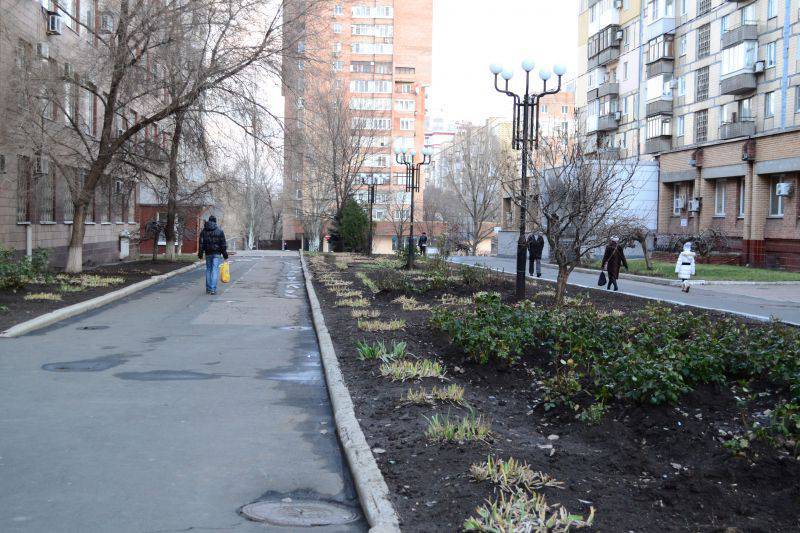 Salary in the housing sector is low, however, as it was before the war. However, pay it on time, without delay. It is formed from the receipts from the payment of citizens for apartments and housing and communal services. To date, about 85 percent of tenants returned to their apartments and promptly pay utility bills. 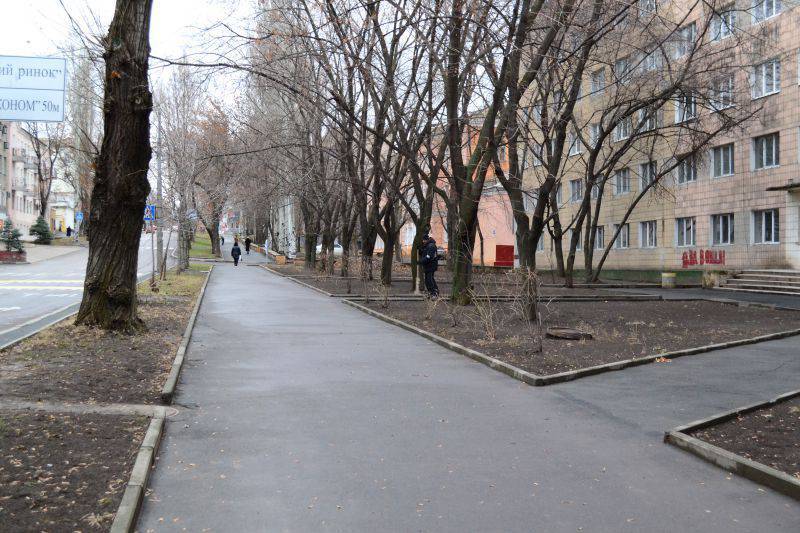 Unfortunately, the war has not bypassed utilities. Some of these courageous people died. So, Vladimir Skorykh, cleaning the courtyard on the street Rosa Luxemburg (located in the very center of Donetsk) became the victim of a projectile that exploded nearby. He escaped from the Ukrainian punishers from Slavyansk, but died in Donetsk, which had given him shelter.

In the Kuybyshevsky district of the city, a shell flew into the cabins of locksmiths. Fortunately, people remained alive, but were seriously injured. Many public utilities have broken houses and damaged apartments. War spares no one. 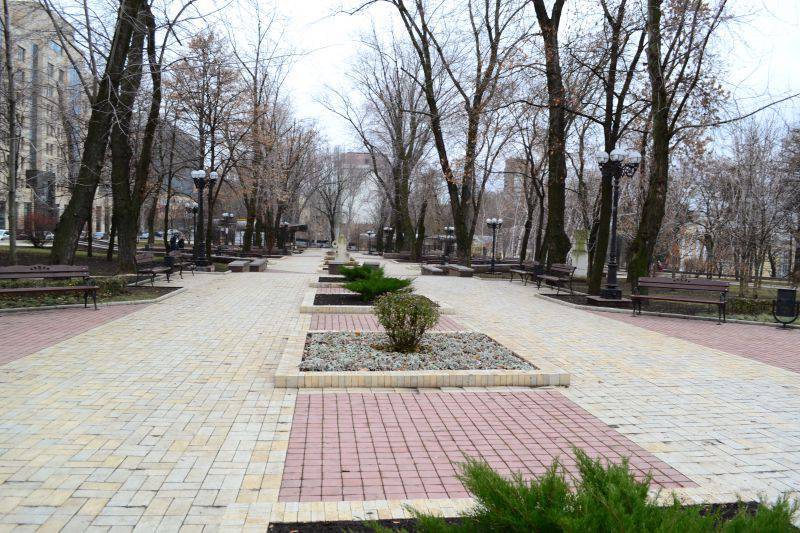 Guests of the city are amazed at the amazing cleanliness reigning on the streets of Donetsk. Kyiv residents, Lviv residents who have been in the city, say that in peacetime their cities are not as clean and well-groomed as in Donetsk during the war. Up to the onset of winter, washing machines drove through the streets every morning and evening, the flowerbeds in the parks were decorated with flower arrangements, which were always watered. And this concerns not only the city center. In areas located on the front line, the picture is not much different from the center. The city is perfectly clean. 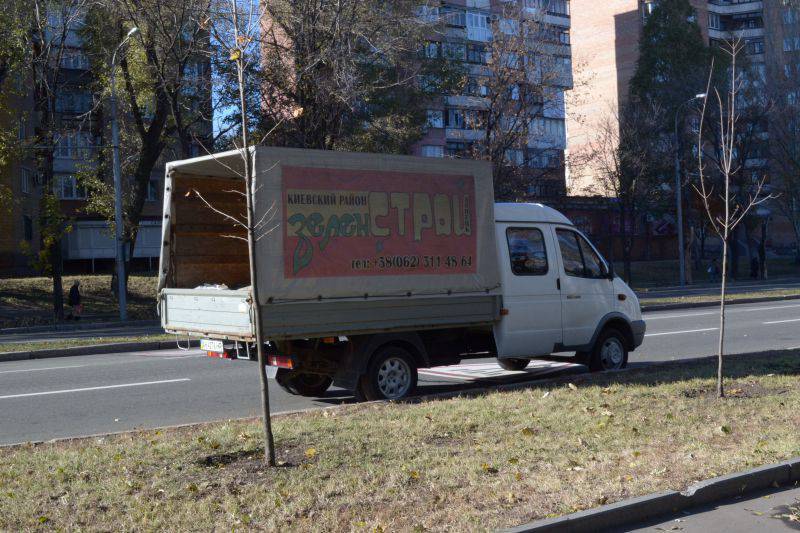 Of course, there are complaints about the unfair work of individual mechanics or janitors, but when they were not? In general, people positively evaluate the work of our public utilities and are proud of the work of services. “When people say words of gratitude, this joy is generally indescribable,” says the janitor Oksana.

Now the city is actively preparing for the New Year holidays: shop windows and houses are decorated, garlands are hung, and the main tree of the Republic is installed on Lenin Square (the central square of the city). 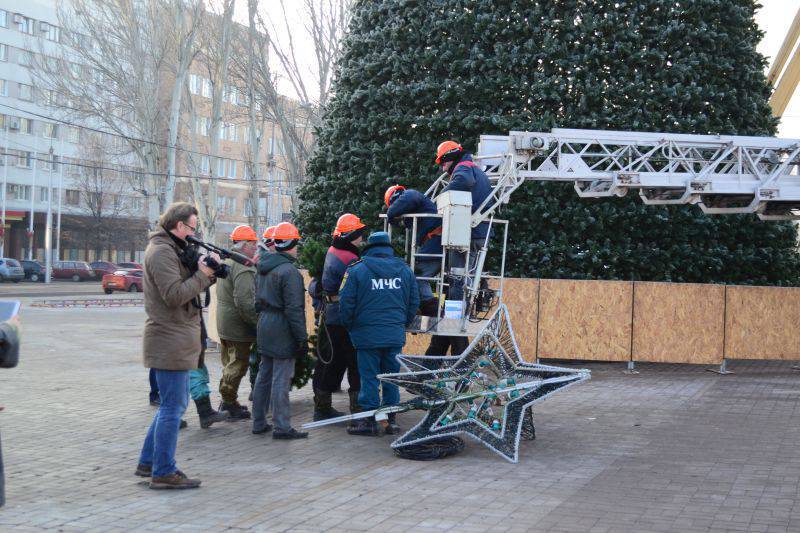 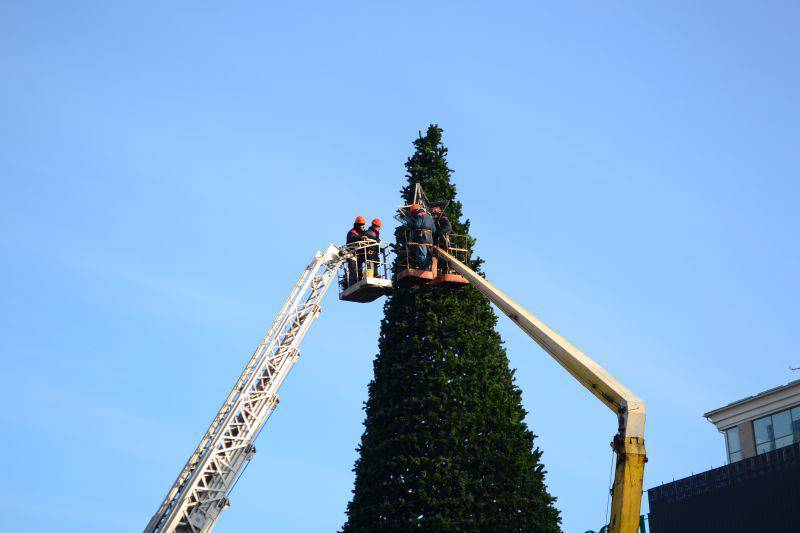 War is not a reason to grow mud.

Ctrl Enter
Noticed oshЫbku Highlight text and press. Ctrl + Enter
We are
Donbass Chronicles 6. Winter at gunpoint and on 3 truce hryvniaDonbass Chronicles 4. The night before Christmas in Donetsk
Military Reviewin Yandex News
Military Reviewin Google News
18 comments
Information
Dear reader, to leave comments on the publication, you must to register.