The first missile units at one time were formed on the basis of the formations of the Soviet Army, which had the richest front-line experience behind their backs. According to Colonel-General Sergei Karakaev, commander of the Strategic Missile Forces, about seventy different rocket formations inherited both battle flags and high state awards and honorary titles that marked units and formations for the heroism of warriors displayed during the Great Patriotic War. 39 missile divisions on the basis of continuity at the time received the name of the Guards.
At the time of the creation of the USSR Strategic Missile Forces, the number of troops was at the level of 14,5 thousand people.

Today, the Strategic Missile Forces (RVSN) is a separate branch of the RF Armed Forces, which is the land component of the strategic nuclear forces of the Russian Federation. According to a recent statement by Defense Minister Sergei Shoigu, about 95% of the nuclear deterrence potentials are in constant combat readiness, which ensures the security of the Russian Federation from external military aggression.

Omsk rocket association (Guards Berislavsko-Khinganskaya rocket missile twice of the Red Banner, Order of the Suvorov Army). Equipping the rocket armament is similar to equipping the Orenburg Rocket Army: Topol complexes with the RS-12M ICBM and the Voevod missile systems with the RS-20B ICBM. 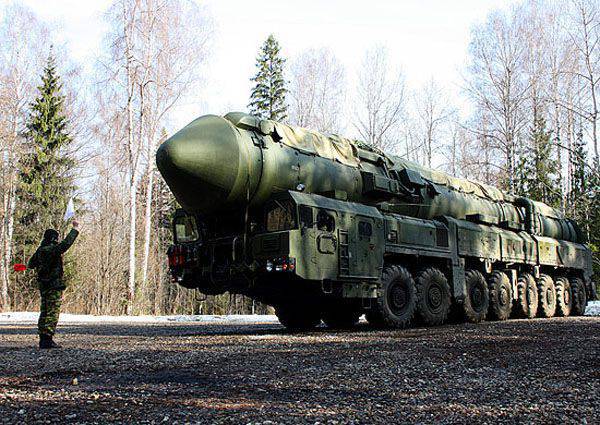 In addition to the armies in the rocket strategic forces 12 missile compounds:

At the disposal of the command and personnel of the Strategic Missile Forces there is a State central interspecific range in the Astrakhan region. This is the Kapustin Yar training ground, which in 2016 will celebrate its 70 anniversary. It was formed on 13 in May on 1946 of the year - more than 13 with years before the formation of the Strategic Missile Forces themselves. "Kapustin Yar" is deservedly called a unique polygon. The fact is that it was on it that a special measuring complex was created, which allows to conduct tests of promising combat equipment in the whole range of probable conditions of its delivery to the target.

Can not be considered as candidates for admission to the academy and branch citizens indicated in the 4 and 5 paragraphs of the paragraph 5 of the article 34 FZ from 28 in March 1998, No. 53-FZ “On Military Duty and Military Service” the requirements specified in the 4 paragraph of paragraph 1 Art. 35 of the said Act:
in respect of which the decision of the commission of the military commissariat or the attestation commission of the military unit was made about the candidate’s non-compliance with the requirements for entering military service under the contract;
in respect of which the conviction and imposition of punishment;
in respect of which an inquiry is being conducted or a preliminary investigation or a criminal case in respect of which they are referred to a court;
having not removed or not canceled conviction for committing a crime;
served sentences of imprisonment;
deprived for a certain period of time entered into force of the court decision the right to occupy military posts. 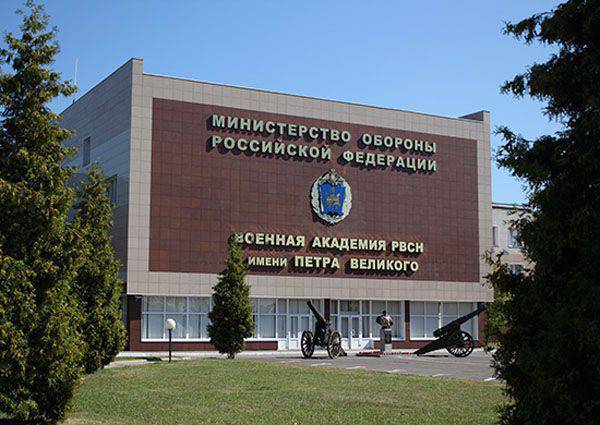 The Academy of Peter the Great trains officers for command and engineering profiles.

Medium emblem - golden double-headed eagle with outstretched wings, holding a silver sword and two arrows. On the eagle's chest there is a red elongated shield depicting a rider striking a dragon with a spear - a symbol of evil. The shield holds the crown.

Large emblem - the development of a graphic image of a small emblem on a blue blue heraldic shield with a wreath of golden poplar leaves (the use of the leaves of this particular tree in this case is due to the presence of one of the most effective rocket complexes). In the upper part - the emblem of the Armed Forces.

The strategic missile forces are at the stage of active rearmament and are ready to fulfill any tasks assigned to them for the defense of the borders of the Fatherland.

"Military Review" congratulates servicemen and veterans of the Strategic Missile Forces on their professional holiday!