Romania continues to earn on the production of Soviet weapons

December 16 2015
29
Romania refused to sign an intergovernmental agreement with Russia "On the procedure for the production in Romania of armaments, military equipment and spare parts for them under licenses and technical documentation of the former USSR", reports Kommersant. 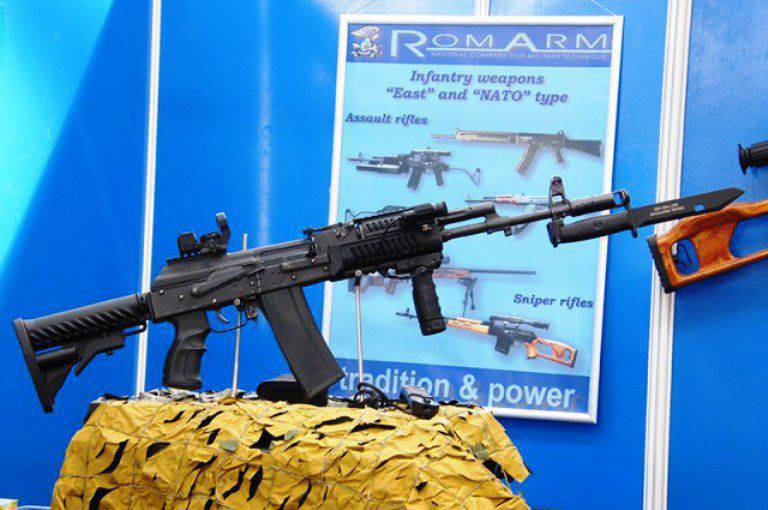 “The Romanian government has already received the draft document, but refused to negotiate, arguing that the first deliveries of Soviet equipment and weapons to Romania were accompanied by the issuance of appropriate licenses,” a MTC source told the newspaper.

“They say that we allegedly refused to engage in the modernization of the supplied products, and they had to undertake this work themselves, redoing the equipment inherited from the Union with the help of their defense industry and entering into cooperation with foreign companies. From their point of view, no licenses for their production and sale are required, ”said the source.

By the standards of the Romanian defense industry, trade in samples of the Soviet weapons brings the country a tangible profit.

“In 2014 alone, contracts were signed in the amount of about € 250 million (of which about € 159 million have been sold to date). A significant portion of exports was products manufactured under expired licenses. These are infantry armored vehicles and armored personnel carriers, MANPADS, mortars, large-caliber machine guns, anti-tank guided missiles, infantry artillery guns of various calibers (from 76 mm to 152 mm), grenade launchers (like RPG-7), recoilless guns (like SPG-9), gunners weapons (such as AK, AKM and cartridges for them), as well as aviation GSh-23 guns, ”the data received from the source cites Kommersant.

After the transition of the Romanian army in 2004 on the standards of NATO, the country seeks to sell all the stocks of Soviet weapons. “They have accumulated a sufficient amount of weapons in the warehouses, which they themselves no longer need and from which they want to get rid of the profit,” said the source.

According to the newspaper, “at the time of the collapse of the Warsaw Pact, more than 3 thousand armored vehicles, 3,8 thousand artillery systems, more than 500 aircraft were on the balance of the Romanian armed forces.

"Despite the rather modest possibilities, Romanian gunsmiths in total put 2014 on to Pakistan, Burkina Faso, Egypt, Mozambique, Morocco, Saudi Arabia and South Africa of unlicensed weapons manufactured on the basis of Soviet developments, worth at least € 55 million, and in the first six months of the year 2015 - about € 20 million, ”writes the publication.

“Kommersant” notes that “there are post-Soviet countries among the customers: for example, in 2014, products for € 1,5 million were delivered to Azerbaijan, Moldova, Kazakhstan and Ukraine (it was about aircraft spare parts, chemical protection equipment and small arms with cartridges); Uzbekistan appeared on the list in 2015. ”

In total, these countries received almost € € 2015 million worth of Romanian products for the first half of 1,7.

“These transactions do not cause significant damage to the positions of the Russian Federation, since unlicensed products are taken, as a rule, by a small number of poor third world countries,” said the head of one of the Russian defense companies. - Romania’s cooperation with key countries exporting Russian military products (for example, with Egypt or Azerbaijan, whose volume of orders from Rosoboronexport is estimated at billions of dollars) is not critical - now the RF order book is estimated at $ 57 billion, but the fact of sale unlicensed products are unpleasant. ”

The interlocutor acknowledged that the chances of signing an agreement on licenses with Romania in the foreseeable future, "taking into account her fear of losing money," are insignificant.

Ctrl Enter
Noticed oshЫbku Highlight text and press. Ctrl + Enter
We are
Independently to confront the challenges of Bucharest Kiev is not able to
Military Reviewin Yandex News
Military Reviewin Google News
29 comments
Information
Dear reader, to leave comments on the publication, you must to register.