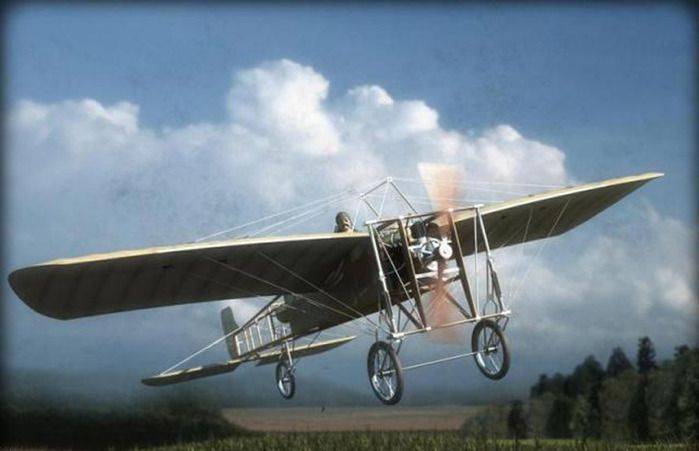 Officers fleet many glorious pages are written in history create aviation in Russia. Many outstanding deeds for their era entered domestic history in combination with the word "first." One such example is the naval officer Grigory Piotrovsky in 1910, the first flight in Russia by airplane over the sea, from city to city.

About six o'clock in the evening 22 September 1910, during the All-Russian festival of aeronautics, Lt.G. Piotrovsky, together with the passenger, student L. Masainov, climbed the sky above St. Petersburg on the apparatus of the French production "Bleriot". The airplane was in the air above the water surface of the Gulf of Finland when the weather deteriorated. The flight lasted more than twenty minutes, and for returning to St. Petersburg, taking into account the meteorological conditions, it simply could not be enough gasoline. Then the lieutenant decided to send a winged car to Kronstadt. When approaching the city, the gasoline nevertheless ran out, and the landing was made, in fact, without a drop of fuel in the tank, so the aircraft could not be avoided: the right wing console was damaged, the propeller was dented. However, he managed to sit down. So, without any preparation, a kind of record was set - the distance of about 30 kilometers was covered in just over half an hour. "His flight," as the newspapers justly wrote in those days, "brought glory not only to our aircraft, but also to the world."

October 7 Lieutenant Piotrovsky tried to fly in his car back to St. Petersburg. At four o'clock in the afternoon, taking with him the mechanic, non-commissioned officer Cherepanov, he took off safely and, at a height of thirty meters, directed his apparatus towards the capital. After two minutes of flight at a turn near the coast, the Blerio was picked up by a side wind and dropped to the ground with a sharp gust. The device was a pitiful sight: the left wing, the propeller and the tail were crumpled. Fortunately, the pilot and mechanic remained unharmed. "

According to the “List of Russian Pilot-Aviators”, Piotrovsky is the thirteenth certified pilot of our country. Pilot diploma in class "Blerio" for the general number 125, issued by the French Aviation School, he received 29 August 1910 of the year, along with four more Russian aviators: I. Zaikin, A. Raimgorodsky, E. Malynsky and V. Keburov.

Grigori Viktorovich Piotrovsky was born in January 1881, in the Vitebsk province. Educated in the walls of the Warsaw Imperial University. It seemed that nothing said that Grigory Viktorovich would choose a naval path. But in the twenty-third year of life, 27 June 1903, he was voluntarily enlisted as a cadet in the fleet and sent to the Baltic in the 18-th naval crew. Two years later, by the Highest Order in the Navy Department under No. XXUMX Piotrovsky, he was promoted to the rank of midshipman and assigned to the 100 fleet crew. In the future, the service on the cruisers "Herzog Edinburgh", "Siberian Rifleman", "Lieutenant Ilyin", on the destroyer No. XXUMX and the vessel "Almaz" follows. 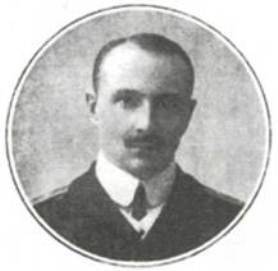 However, unexpectedly for everyone at the beginning of 1908, Mr. Piotrovsky is enlisted in the fleet reserve in the Vitebsk district and goes to the fishing fleet. For a whole year, he commanded the schooner in the areas of the Russian North, but then returned to service in the navy.

After serving for six months on the messenger ship "Almaz" (the second time for his officer service), the lieutenant is sent to train sailors-recruits in the 2 th naval crew, and from there to the staff of the Maritime General Staff (MGS), where he began to seriously address issues already another fleet - air. According to the order of MGNSH from 30 on April 1910, Piotrovsky is sent to France, at the disposal of Grand Duke Alexander Mikhailovich for training in flight business.

In November of the same year, an aviation school of the Air Fleet Division was opened in Sevastopol, where the best trained Russian pilots were assembled as teachers and instructors. One of the first guests invited was Lieutenant Piotrovsky, who was appointed instructor for the Blerio Apparatus. It was in Sevastopol that the fame of a talented test-pilot was added to his fame as a skillful and fearless pilot.

24 December 1910 from St. Petersburg to Sevastopol took five airplanes by rail to replenish the school’s aviation fleet: two Blerios, two Farmans and one Sommer. Immediately after the end of the Christmas holidays in the hangar of the school began their assembly. 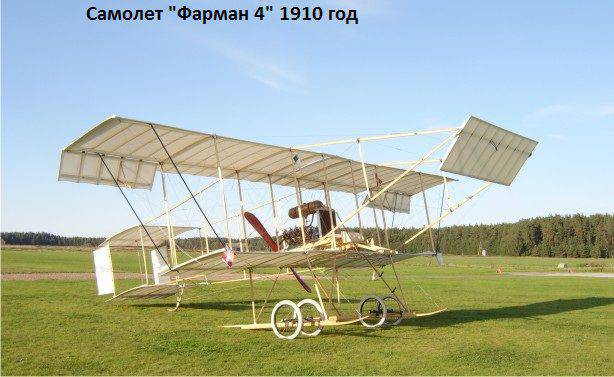 That year the winter in Sevastopol was unusually severe. On the night from January 5 to 6, a newly built embankment was washed out due to a storm in the city, trees and lanterns were tumbled down the boulevards, and many private houses were damaged. The snow that fell after this covered the aviation field with a thick layer, and a forced recess came on the flights.

The "vagaries" of the weather for a long time delayed the snow cover. The assembly of the incoming aircraft had already been completed, and the snow was still lying. Then the captain of 2 rank V. Kedrin and lieutenant G. Piotrovsky decided to take off in such unusual conditions with the help of skis adapted to aircraft instead of wheels.

The first attempt was made by Grigory Piotrovsky, but could not fly. The next day, a similar experience on the Sommer biplane was repeated by Kedrin. Vyacheslav Nikanorovich managed to rise into the air and fly a short distance, but because of the strong wind the airplane tilted to the right and fell near the airfield. As a result, Kedrin suffered injuries to his face and neck. "Experiments to ascertain the possibility of lifting from a snowy field are of enormous importance for Russia, for the most part, covered with snow for six months, when climbing on wheeled aircraft becomes completely impossible and, thus, a military airplane is put out of action, doomed to inaction" , - was narrated in January 1911 on the pages of the Sevastopol Aviation Journal. The result of this first attempt to take-off an airplane using skis was summed up by G. Piotrovsky himself, having published in February 1911 in the same place the article “Ski Planes”.

Officer Piotrovsky entered the history of Russian naval aviation both as a talented journalist in the field of aeronautics and aviation, and as a prominent theorist in the use and combat use of fleet aviation. 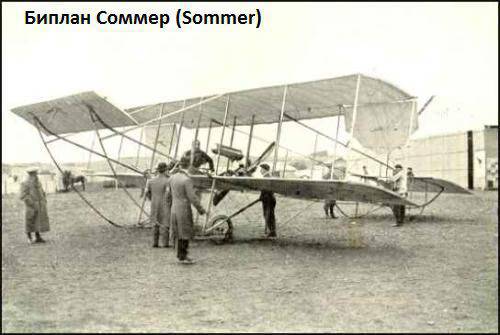 Shortly after the historic flight from St. Petersburg to Kronstadt, he published his book, On Flying, in his homeland in the Vitebsk province. In 1913, he published the fundamental work Hydroaviation. But a special place in his work is cooperation with the magazine "Maritime Collection". In the article "Aviation and Compass", he introduces the reader to the use of this device on aircraft of various companies, convincing in its importance for military affairs. He wrote that Russian pilots would sooner or later come to the organization of the informative meteorological service. Stressed that it is highly desirable that this happen as soon as possible. "Sevastopol as a base of the military fleet, as an aeronautic center, and finally, as a future commercial port, needs a" meteorological information bureau, "Grigory Viktorovich summarized in his article" Aviation and Meteorology. "

During the First World War, Lieutenant Piotrovsky takes part in hostilities, goes to sea on the cruiser "Emperor Alexander II." Then he goes on a long trip abroad to the United States, where he initially deals with the acceptance of airplanes from the American firm Curtis, and later acts as an assistant to the Russian military agent. In addition to fulfilling his official duties, he continues his scientific and theoretical activities, as evidenced by the appearance in the sixth issue of the Sea Collection for 1916 of the year his article Aviation in America, containing an in-depth analysis of the true position of aviation in one of the leading countries of the world.

The most recent entry in Grigori Piotrovsky’s “record of service”, which is stored in the Russian State Archive of the Navy in St. Petersburg, tells us that he was promoted to senior lieutenant on July 30 on July 1916.

The coming 1917 year and subsequent historical events broke the link Piotrovsky with Russia. But the merits of Grigori Viktorovich Piotrovsky in the formation and development of domestic aviation allow us to put his name on a par with the famous names of the pioneers of Russian aviation.

Ctrl Enter
Noticed oshЫbku Highlight text and press. Ctrl + Enter
We are
The first aviator of LipetskFrom the history of own names of aircraft of Russia, 1885-1917 years
Military Reviewin Yandex News
Military Reviewin Google News
4 comments
Information
Dear reader, to leave comments on the publication, you must sign in.