December 16 2015
43
The Russian Ministry of Defense sums up the year and announces plans for the future. Last Friday, an expanded meeting of the Defense Ministry Board was held, at which a report on the performance of the 2015 year was read. In addition, the report included information from the current plans of the Ministry for the next year. It is planned to continue the construction of various facilities, conduct training of personnel, as well as procure new weapons and equipment. In the case of the procurement of new material parts, a special place is occupied by air defense systems. According to the latest data from the Ministry of Defense and other sources, next year the troops can receive several new products at once.


According to a report read out a few days ago, next year, the Russian defense ministry plans to continue procuring systems already adopted, and also sign several new contracts. Thus, the grouping of some air defense systems will be strengthened, while others will be supplemented or replaced with new samples. As a result, the military and object defense of the armed forces of Russia will have the most modern equipment to ensure the solution of all tasks.

The report argues that over the next year, air defense and missile defense forces should continue to develop the newest Triumph C-400 anti-aircraft missile systems. On 2016, the delivery of five regimental sets of this system is scheduled. Compounds that are to receive this technique are not listed. Similarly, no areas have been named that will protect new complexes. 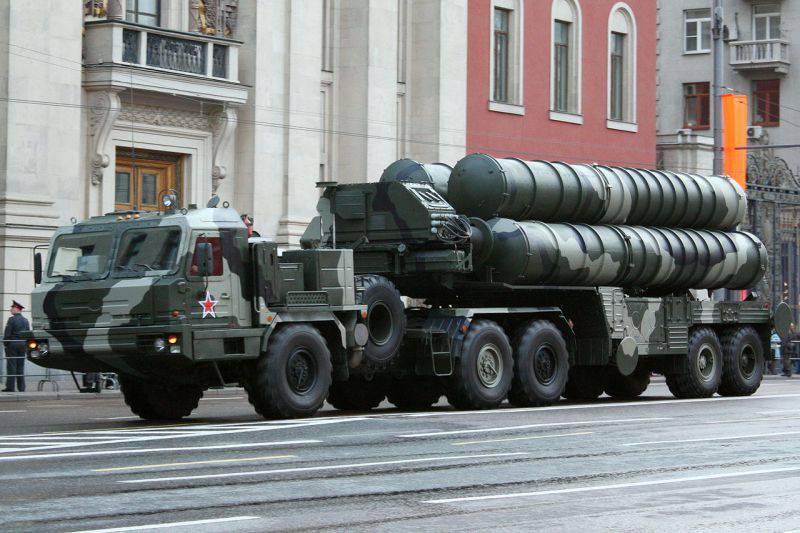 ZRK C-400 are delivered to the troops since 2007, and managed to establish themselves as reliable weapon with high performance. Using several types of missiles, this system is capable of intercepting aerodynamic and ballistic targets in a wide range of ranges and altitudes. According to reports, the maximum interception range, using an appropriate rocket, reaches 400 km.

To enhance the air defense of the ground forces, the purchase of promising Buk-M3 complexes is scheduled for the next year. In 2016, it is planned to receive one brigade set of these systems. The system planned for purchase is another representative of the Buk family of complexes and differs from its predecessors in a number of characteristic features. The increase in performance, according to available data, is achieved through the use of modern element base and a new guided missile.

It is reported that due to various improvements and improvements, the Buk-M3 complex will be able to attack aerodynamic targets at ranges up to 70 km and altitudes up to 35 km. The division's command post, which is part of the complex, has 36 target channels, which makes it possible to target all the launchers and ensure the effective reflection of the attack from the air.

At the end of spring, the TASS news agency, citing unnamed sources in the Ministry of Defense, reported on the progress of the Buk-MXNUM project. It was alleged that the complex had successfully passed state tests and was adopted for the supply of the armed forces. In the summer, it was planned to conduct joint state tests, the results of which were to decide on the adoption of a new air defense system. With the successful completion of all tests, the complex could be put into service before the onset of winter. The timely signing of a contract for the supply of such equipment would allow the troops to receive the first complexes by the end of the winter 3-2015. 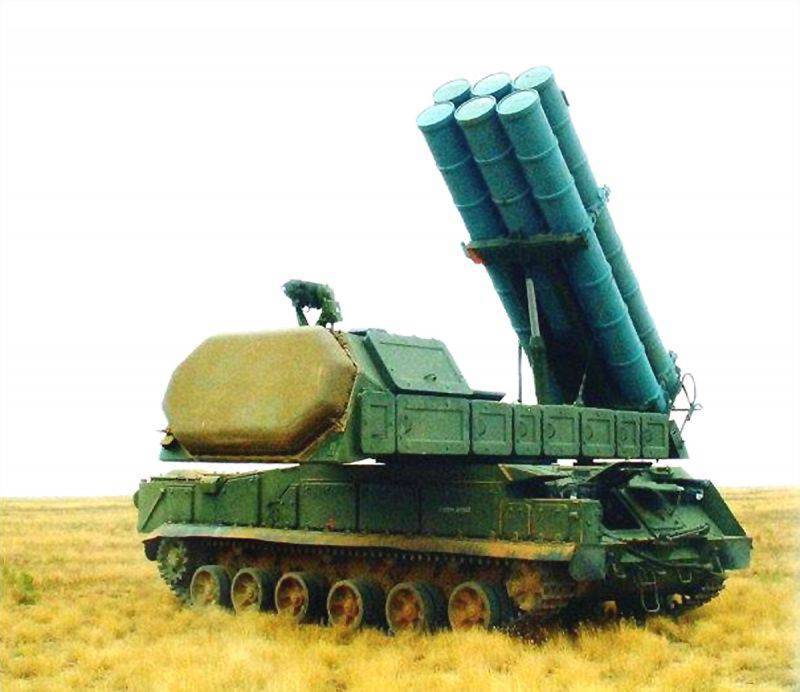 Unfortunately, the report of the Ministry of Defense mentions only two promising air defense systems, which will have to supplement the air defense system. However, in recent weeks there have been several reports about the future of some other promising projects in this area. So, until the end of next year, the troop and air defense facilities can receive the first samples of two newest anti-aircraft systems.

A few days ago RIA News published statements by the Deputy Director of the Design Bureau of Exact Machine Building named after Nudelman "Sergei Ignatov. According to the specialist, the development project of the Sosna air defense missile system has already approached the state testing stage. This phase of the project should start early next year. In the middle of 2016, the developer organization must submit a new complex to the military department. In the future we plan to sign a contract for the supply of serial equipment.

The Pine complex is a further development of the Strela family of short-range systems. In order to improve performance in the new complex, it is proposed to use a set of modern equipment. In addition, some new ideas were proposed, aimed at increasing the combat potential and survivability on the battlefield. As a result of such improvements, the firing range was increased to 10 km, and the minimum altitude of the intercepted target was reduced to 2 m. A curious feature of the Sinna air defense missile system is the rejection of radar detection devices. Instead, it is proposed to use a television system with a wide field of view and a laser rangefinder. New detection systems are said to be capable of taking on an aircraft tracking aircraft-type target at distances up to 30 km.

As follows from recent reports, the development of the complex "Pine" has already been completed. Now it is planned to carry out the full range of necessary tests, according to the results of which the new system can be put into service. Available information suggests that the promising air defense missile system may be put into service before the end of next year. In this case, the first production vehicles of the new model will be handed over to the troops at the end of 2016 or at the beginning of 2017. 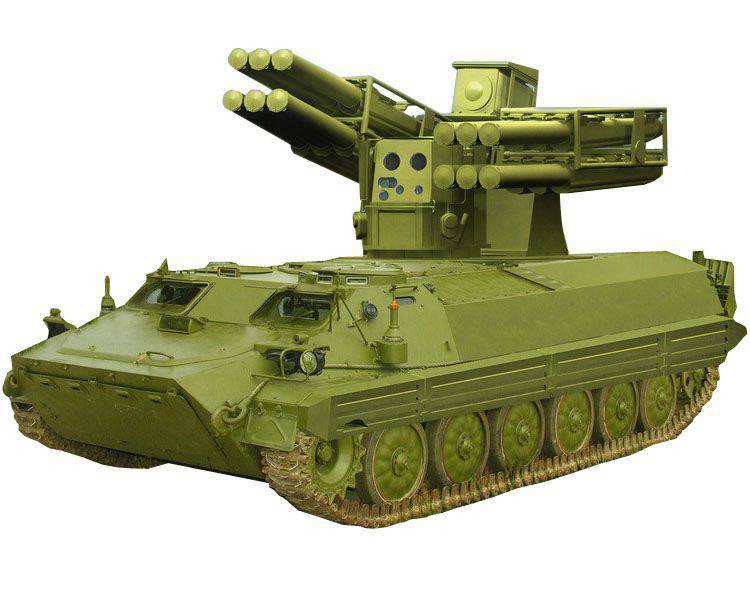 The greatest interest among all domestic developments in the field of air defense is expectedly caused by a promising anti-aircraft complex C-500. According to previously published data, this air defense system will be adopted and put on duty in 2016-17. At the same time, open official information about the system being developed is scarce and extremely rarely published, which is why, in particular, most of the available information is conjecture and rumors.

The most recent references to the C-500 project are related to expert evaluations. So, shortly after the meeting at the Defense Ministry, military expert Igor Korotchenko commented on the current work on a promising project. According to RIA Novosti, the specialist claims that experts are currently completing state tests of the new air defense system. In the near future, the first pilot application of the system should take place. From what sources these data are obtained - it was not specified.

Currently, the further development of air defense is associated with four new projects. Air defense and missile defense forces in 2016 will continue to receive the already mastered C-400 systems in the future. In addition, in the foreseeable future, deliveries of C-500 complexes, which, according to some sources, are already being tested, should begin. The systems Buk-М3 and Pine are proposed for the air defense of the ground forces. The first has already passed tests and, apparently, has been accepted for service, and the tests of the second will be completed next year, after which the issue of its adoption will be decided.

According to a recent report on the results of the activities of the Ministry of Defense in 2015, by now the share of new weapons and equipment in the army has reached 47%. The current state armaments program, calculated up to 2020, implies bringing this parameter to the end of the decade to 70%. Scheduled for the next year, the deliveries of the C-400 and Buk-М3 SAMs will lead to a slight increase in the share of new weapons. The same result will be at the supply of "Pines" and C-500, planned for the more distant future. The creation and delivery of new air defense complexes to the troops is one of the main tasks of the current program. Therefore, all projects in this area will continue, resulting in the renewal of the material part and the growth of the defense potential of the country.