December 15 2015
56
In early December, the Danish Ministry of Defense signed a contract with General Dynamic for the purchase of 309 Piranha V armored personnel carriers with a wheel formula 8х8, a blog reports bmpd with reference to the press service of the military department. 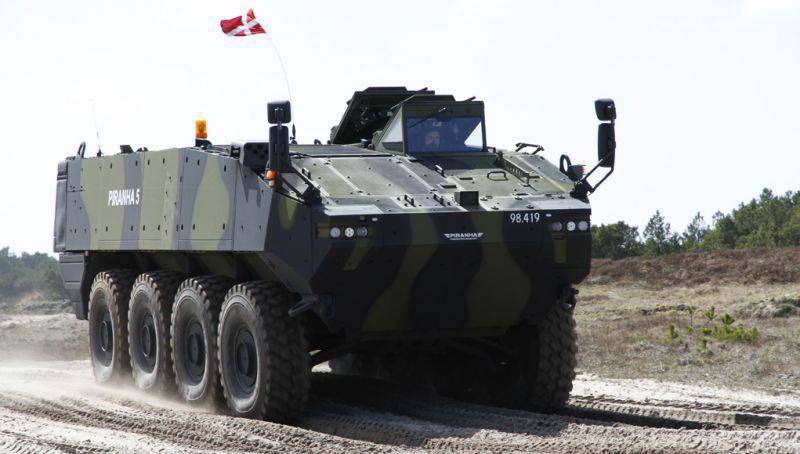 The contract value is $ 662 million, and the delivery time is from 2018 to 2023. Most of the machines will be assembled in Denmark.

“The specific configuration of the selected vehicles is not reported, however, judging by the relatively low cost of the contract, only armored platforms will be purchased for it, and weapons systems and combat modules will be purchased separately,” the blogger notes.