December 15 2015
100
Kiev does not leave attempts to "stir up" the European Court of Human Rights (ECHR) and collects new materials to file a complaint against Russia, reports RIA News report of the Deputy Minister of Justice of Ukraine Natalia Sevostyanova. 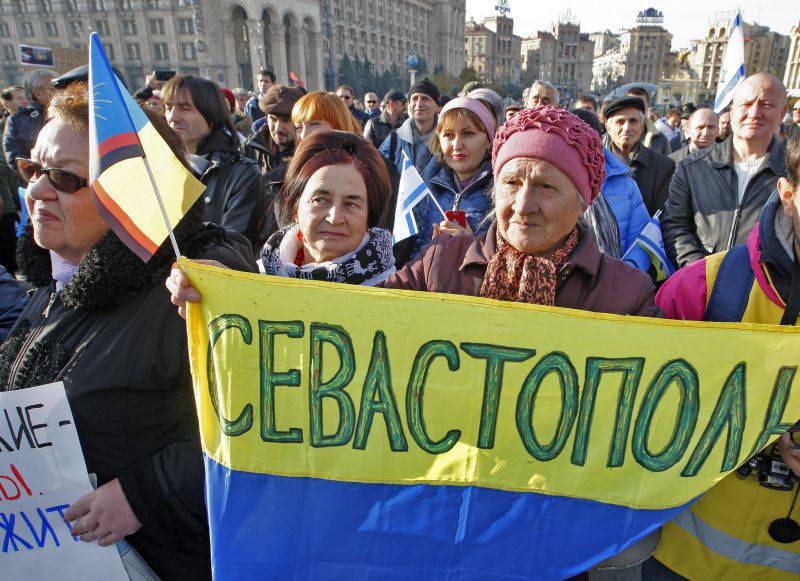 Ukraine has already filed several lawsuits against the Russian Federation, demanding to seek compensation for the annexation of the Crimea. Russia's permanent representative to the EU, Vladimir Chizhov, called these claims unpromising.

“The following complaint will be filed, so that they are soon considered ... It will be a separate complaint, because the previous ones are communicated and no new facts are accepted,” Sevostyanova said.

According to her, "Ukraine collects facts about the violation of human rights by Russia in the Crimea and the Donbass, which will be combined into a new complaint."

The deputy minister noted that at the present time "the available facts are being systematized for filing a complaint." However, she did not indicate the exact timeframe for their submission, noting that "Russia is delaying consideration by the European Court of complaints already filed."

Ctrl Enter
Noticed oshЫbku Highlight text and press. Ctrl + Enter
We are
The Public Chamber will file thousands of claims against Ukraine with the ECHR
Military Reviewin Yandex News
Military Reviewin Google News
100 comments
Information
Dear reader, to leave comments on the publication, you must to register.