In VOE completed sending for disposal of obsolete ammunition

December 15 2015
56
In the Eastern District, the shipment of obsolete ammunition to specialized enterprises for their further disposal has been fully completed, RIA News Post BBO. 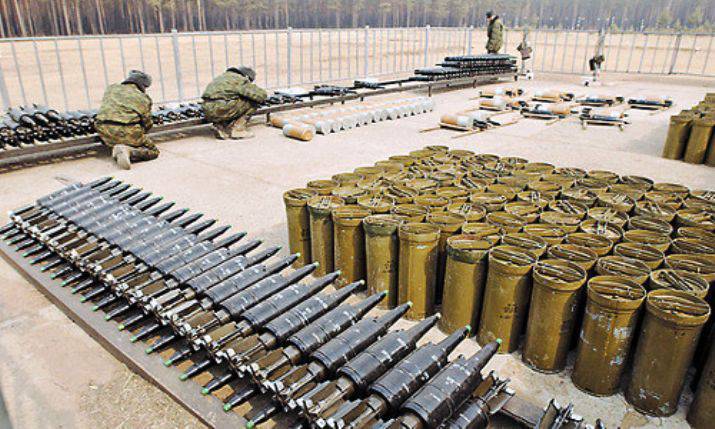 “Since the beginning of the year, more than 17 thousand tons of obsolete ammunition from warehouses and arsenals of the Eastern Military District have been sent to specialized enterprises in the Khabarovsk Territory, Moscow, Nizhny Novgorod, Kaliningrad regions, the Republics of Mari El and Bashkortostan,” the release says.

It is noted that "government contracts for the sending of obsolete mines and shells from the bases of storage of rocket-artillery weapons of the BB, are 100% complete."

"The participation of conscripts in the disposal of obsolete ammunition is completely excluded," the press service stressed.

"The full production cycle for the disposal of ammunition is assigned to employees of outside organizations," - said in a statement.

Ctrl Enter
Noticed oshЫbku Highlight text and press. Ctrl + Enter
We are
Innovation Day of the Southern Military District: Pictures from the ExhibitionCompleted a surprise check of the troops of the Central Military District
Military Reviewin Yandex News
Military Reviewin Google News
56 comments
Information
Dear reader, to leave comments on the publication, you must to register.