How to turn off a fish 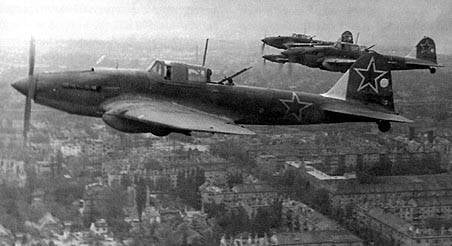 The Great Patriotic War. Link IL-2 flew on the mission. Above the front line, they fall under heavy anti-aircraft fire, one aircraft is damaged and forced to turn on its backside. Two bombs are suspended on it, and landing with them is strictly prohibited, but so that peaceful people or their troops do not suffer, the pilot decides to drop them into the lake near the home airfield.

At this time, the assault regiment aviation, is the chief of staff of the army, to which the "flyers" obey. The general awarded the distinguished and sat down with a command staff at the table. Summer and covered in the open air, a little away from the runway. The unit was one of the best, the major commanded it - he was an excellent pilot himself, and everyone in the regiment was hoping for the next rank. But the inspector of new epaulettes did not bring and it was felt that he decided to probe the major himself. At the table, they poured the laid one hundred grams and laid out simple food from the diet. Having tasted a couple of spoons, the general, referring to the regiment commander:
- What, you have from food only concentrates?
- Yes, but everyone is used to it.
- And people need to take better care.
- So to us that business executives bring, then we eat, we don’t take ourselves.
“And there’s a lake, probably full of fish.” - And it shows on the visible water surface about four hundred meters.
- Yes, we have no gear for this.
- And fuck the tackle, you throw the bomb there, all the fish will pop up.
- Yes, I have no free people, and there are more important things to do.

The general, not accustomed to persuade, began to lose his temper of intractability:
- We will not argue major, consider it an order and proceed to the execution, at the end I report.

Hearing in response: - Yes! - Left the table, drank a poured "weave" and, hearing the strained roar of the engine, raised his head up. IL-2 leaped out of the forest on a low-level flight and, flying over the lake, threw down bombs. Two huge fountains of spray with a roar went up to the sky, still not a weak blast wave, having knocked off hats, made people instinctively sit down. Raising his cap, the chief of staff, against the background of the spray hanging above the lake, saw, marching to him, with a hand attached to his head, a major. Having stopped a meter away from him, the regiment commander, in a clear voice, said:
- Comrade General, your order is executed!

The general with a slightly worn voice: - Well done, major, well done, drilled holes on the shoulder straps. And tambourine under his breath: - Your mother, because no one will believe. He got into the car and drove away.