December 15 2015
52
The widely lit return call to the army service in Lithuania, as it turns out, seriously stalled. The official representative of the Lithuanian Ministry of Defense, Victoria Zeminite, said that the Lithuanian counterparts of military registration and enlistment offices were forced to state a significant increase in the number of draft dodgers in the country. According to Zeminite, every fifth potential Lithuanian draftee ignores the summons (this is on average throughout the country). The largest number of draft dodgers is noted in the capital of the country. According to some data, in Vilnius the number of young people refusing to serve in the Lithuanian army reaches 30%.


It is worth recalling that in Lithuania military recruitment was resumed this year. The President of the country, Dalia Grybauskaite, during the making of the “landmark” decision, stated that this is a deliberate decision that will significantly enhance the security of Lithuania and increase its potential within the North Atlantic Alliance.

There was no call-up for military service in the Lithuanian state since 2008, but Red Dahl, stating that, they say, “Russian aggression” and all that, decided to revive it, probably expecting praise from the main NATO functionaries. Praise indeed was, there were loud statements about Lithuania’s striving to strengthen the “North Atlantic brotherhood,” but now the statistics voiced by the Lithuanian Defense Ministry clearly spoils the picture of both Lithuania and NATO, which needs Lithuanian, forgive, “young meat” for its numerous democratizing operations in around the world.

In the plans of the main defense department of Lithuania, it was already this year bringing the conscription to 3 thousand people (per year). For reference: the total number of Lithuanian Armed Forces in 2015 was 12 thousand people. At the same time, in Vilnius they stated that the Scandinavian armies were chosen as a model, the combat capability of which is great precisely because of the balance developed between the number of contract soldiers and draftees.

As a result, the Lithuanian authorities decided to revive the conscription system, to set the bar at 9 for months, to recruit, by the draft system, in addition to boys between the ages of 19 and 26, they also want to be women. It was noted that the young army replenishment will not only exercise in the drill and operation of weapons, but will learn foreign languages, improve computer skills, learn the rules of emergency medical care, etc. It was reported that salaries will be paid to conscripts a few hundred euros a month. For the maintenance of one recruit, the government has committed to allocate 9 thousand euros (per thousand euros per month of service per person).

The first stage of the conscription in Lithuania went well. The picture of the Lithuanian media gave the appropriate: literally a queue of boys and girls lined up to the recruiting stations. The Ministry of Defense of the country reported that the number of volunteers is such that it is not particularly necessary to send out the agenda. The volunteers seemed to be covering the stated need of the Lithuanian army in recruits. However, further problems became apparent: the queues first became shorter, then disappeared altogether, and six months after the official return of the conscription system, the Lithuanian military commissars began to sound the alarm: the agenda of the Lithuanian potential conscripts are ignored. Moreover, they are ignored for the simple reason that for the Baltic draft dodgers, in fact, no adequate system of responsibility was provided for. Apparently, the defense ministry officials seriously believed that volunteer flows in a country with a population of less than 3 would never run out of millions. The forecast did not come true ... The streams dried up ...

In fact, responsibility for draft dodgers at the legislative level in Lithuania is still provided. But how much it is capable of giving a deviationist a reason to think is a separate question. So, if a young man is not on the agenda, then a fine of 28 to 289 Euros can expect him. In addition, the possibility of imprisonment of up to three years is provided for. And if such a fine amount is unlikely to frighten the majority of Lithuanian draft dodgers, then the prison term, it would seem, looks like a very harsh punishment. But why, in this case, the Lithuanian “mowers”, so to speak, are not inspired by such a punishment and ignore the calls of the “generalissimo in a skirt” by Dali Grybauskaite?

The fact is that according to Lithuanian laws, all of the above punishments can be avoided if they fail to prove the existence of a good reason for failure to appear on the agenda. Those who are not eager to go to the service in the Lithuanian Armed Forces, and use it. Many have left Lithuania long ago and are studying or working in other countries of the European Union. One of the newfangled phenomena for Lithuania: registration with relatives in neighboring Latvia or Poland. They say that the young man did not ignore the agenda, he was simply outside the beloved Lithuanian Motherland and was caring for his dyspnea with a third cousin somewhere in Jurmala or Poznan ...

Baltic Information Portal Delphi (referring to the representative of the Lithuanian Ministry of Defense, Major Adamonis) reports that now there are already about 8 thousands of statements in the police. All of them relate to draft dodgers, who ignored the agendas and did not appear at the appointed time to “focal points”. All these persons may receive court orders for fines. At least that's what Major Adamonis said.

This number looks somewhat strange ... After all, as was already noted, the main military department of Lithuania stated that 3 should be called in thousands of new recruits per year. If we consider that the call started only this year, plus the first request of the Ministry of Defense was covered by volunteers (and the military department of the country itself stated so), where did the 8 of thousands of draft dodgers come from? Or did the Ministry of Defense of the country decide to be safe from the beginning and sent agendas to all those who can be called up by age? 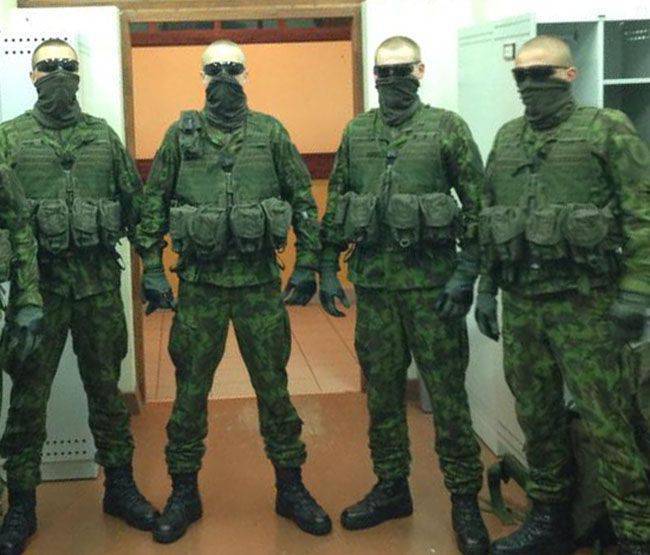 The representative of the Ministry of Defense of the Baltic Republic, Victoria Tseminite, confuses the tracks, as they say, claiming that at the moment there is not enough “2015 recruits” (that is, 50 already exists) to complete the draft campaign 2950. I remember the statement of Ms. Zemite about 20% of draft dodgers and the information of Major Adamonis about 8 of thousands of summons ignored by young people between the ages of 19 and 26. Simple mathematical calculations lead to the conclusion that 20% of draft dodgers are those very 8 thousand people ... But if so, then it turns out that Lithuanian military registration and enlistment offices sent as many 40 thousands of subpoenas. And on the basis of such a large-scale (by Lithuanian standards) campaign, even the declared 3 thousands of people cannot be recruited ... In this connection, it is believed that the number of draft dodgers in the Republic of Lithuania is still somewhat higher than 20% ...

All these facts, unfavorable to official Vilnius, indicate that over the 7 years of absence of draft campaigns, a whole youth layer has grown in the country, which is clearly not ready to accept statements by the same Grybauskaite about the need to resist "Russian aggression". Young people must not be able to understand why they are trying to be put under the gun, if Lithuania joined NATO, and if the NATO military "are ready at any moment to defend an independent Lithuanian state" ... After all, the Lithuanian authorities themselves were ready to defend them.

Moreover, obviously not all young Lithuanians are eager to be part of the NATO contingent somewhere in Mali under the slogan of defending the borders of Lithuania, although the Lithuanian Defense Ministry has said from the beginning of 90 that not a single Lithuanian soldier will participate in missions outside of his country. Participate ... How nice little involved. And let it be until the contract, but the recruits also have "every chance." NATO does not have fun ...

Ctrl Enter
Noticed oshЫbku Highlight text and press. Ctrl + Enter
We are
Dahl is calling! ..Do not want to serve - pay to the treasury!
Military Reviewin Yandex News
Military Reviewin Google News
52 comments
Information
Dear reader, to leave comments on the publication, you must to register.