The submarine "Rostov-on-Don", who shot out on December 8 on targets in Syria, entered the Black Sea

December 14 2015
59
The diesel-electric submarines Rostov-on-Don (project 636.3), which is making the interfloor transition, entered the Black Sea, reports MIC with reference to Interfax-AVN. 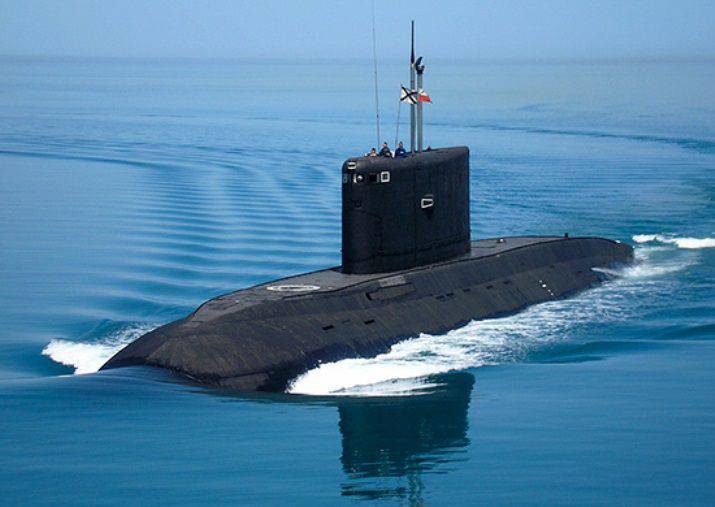 “On Sunday, the submarine in the surface position passed the Black Sea straits,” an informed source told the agency.

The interlocutor recalled that "December 8 submarine" Rostov-on-Don "from the eastern part of the Mediterranean Sea first hit the Caliber-Submarine cruise missiles at the targets of the terrorists in Syria."

The first boat of this project, the Novorossiysk, arrived at the BS 16 of September.

Help newspaper: “A special feature of the 636.3 project is that they are equipped with the Caliber PL submarine missile armament complex, as well as with updated electronic equipment. Five systems for these boats, in particular, the automated information and control system "Lama", the control system of the submarine "Palladium" and the control system for maneuvering "Pyrite" were developed in OAO Concern NPO Avrora (St. Petersburg). "