Gerasimov: the Armed Forces of the Russian Federation will continue to work out the tactics of countering DAISH and the Taliban

December 14 2015
18
Next year, the Russian military will continue to study the tactics of countering terrorist groups during exercises and sudden checks of combat readiness, reports RIA News report of the Chief of General Staff Valery Gerasimov. 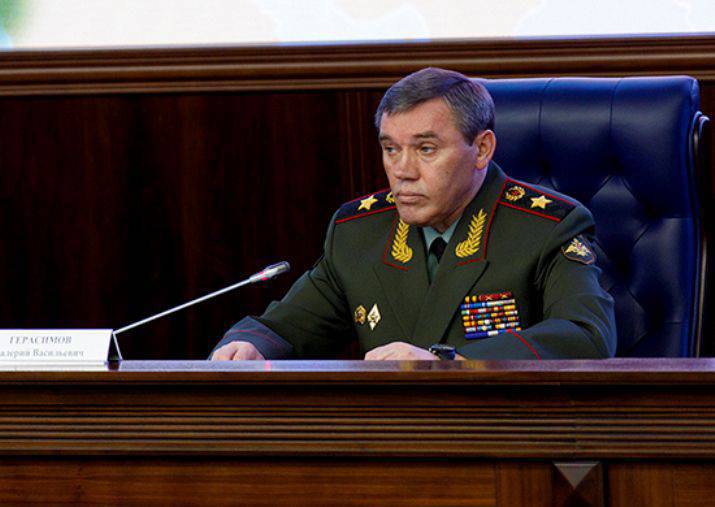 The general recalled that this year “sudden inspections were conducted with the troops (forces) of the North fleet, Aerospace Defense, Southern, Central and Eastern Military Districts. "

“In total, up to 300 thousand people were involved in inspections. To create groups of troops in threatened areas, inter-district regroupings were carried out, ”said Gerasimov.

According to him, "the personnel received practice in the fight against illegal armed groups using the tactics of the Taliban and militants of the Islamic State".

The general noted that "in the future, this practice of carrying out operational, combat training and surprise checks will be continued."

Ctrl Enter
Noticed oshЫbku Highlight text and press. Ctrl + Enter
We are
Innovation Day of the Southern Military District: Pictures from the ExhibitionSudden verification of the combat readiness of the Northern Fleet, ZVO and Airborne Troops
Military Reviewin Yandex News
Military Reviewin Google News
18 comments
Information
Dear reader, to leave comments on the publication, you must to register.