December 14 2015
71
Military aviation Israel launched a missile strike on the Gaza Strip. According to official reports, the targets of the airstrike were the objects of the Hamas combat wing - a ground training camp for militants and one of the naval targets. The Israeli Defense Ministry says that the airstrike was a retaliatory step after rocket fire on Israeli territory. According to the Israeli military, the rocket was fired at one of the settlements in southern Israel from the Gaza Strip.


RIA News cites the press release of the Ministry of Defense of Israel:
Last night (...) the rocket was fired from Gaza in the south of Israel. Information about the victims have been reported. In response, the Israeli Air Force attacked two Hamas military targets in the northern and central parts of the Gaza Strip. 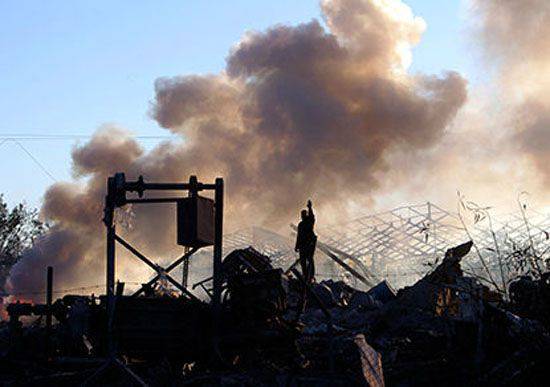 As a result of the exchange of blows of the dead and wounded, according to the latest data, no.

In the Israeli military, they say that the Hamas armed wing launched an unguided rocket on Israeli territory 21.

The Israeli authorities said that the reaction to the shelling of Israeli territory will continue to be extremely tough.

Against this background, reports come from Ankara that Turkish President Erdogan is offering Israel to normalize bilateral relations. One of the conditions for normalizing relations, according to Erdogan, is the lifting of the blockade from the Gaza Strip. In addition, the Turkish president demands that the Israeli authorities pay compensation to the families of those killed on board the Mavi Marmara ship. Recall that the incident occurred in 2010. Then Ankara decided to send the so-called “to Gaza”flotilla freedom ”, which was supposed to“ break through the blockade ”of the Gaza Strip. The Israeli military warned of the inadmissibility of the Turkish vessel entering the port of Gaza, saying that it could lead militants weapon. As a result, a collision aboard the Mavi Marmara was injured around 15 by the Israeli military, 9 Turkish citizens were killed. The vessel was escorted to Israeli Ashdod.

Ctrl Enter
Noticed oshЫbku Highlight text and press. Ctrl + Enter
We are
The action “Military service under the contract is your choice!” In Rostov-on-Don: future contract servicemen, exhibitions and “Russian Knights”Training camp "terrorists" in the Crimea
Military Reviewin Yandex News
Military Reviewin Google News
71 comment
Information
Dear reader, to leave comments on the publication, you must sign in.