A short list of their concerns: from the rights of sectarians in Russia to the anti-NATO rally in Montenegro

December 15 2015
67
Once again, a statement was made at the US State Department that the United States, it turns out, is not at all looking for confrontation with Russia, as "Russia itself is trying to expose," but simply "is forced to remind Russia of the need for it to comply with international law." This statement could pull the prize in the nomination “you can’t think it up on purpose” if only because it was spoken by a representative of a state in which the term “international law” itself is defiantly ignored and is absent even what is called on the legal horizon. In other words, a state in which non-compliance with international law is encouraged by domestic law, declares attempts to instill respect for this kind of law in other states. This is not even hypocrisy and its highest degree. This is something that defies adequate definition.
Against the background of the State Department’s statement regarding the “reminder of Russia about international law”, the activity of the American diplomatic mission in the Russian Federation attracts attention. Draws again ... If you look at the selection News from the office of Mr. Tefft, the majority are direct or indirect claims against Russia and Russian legislative decisions. 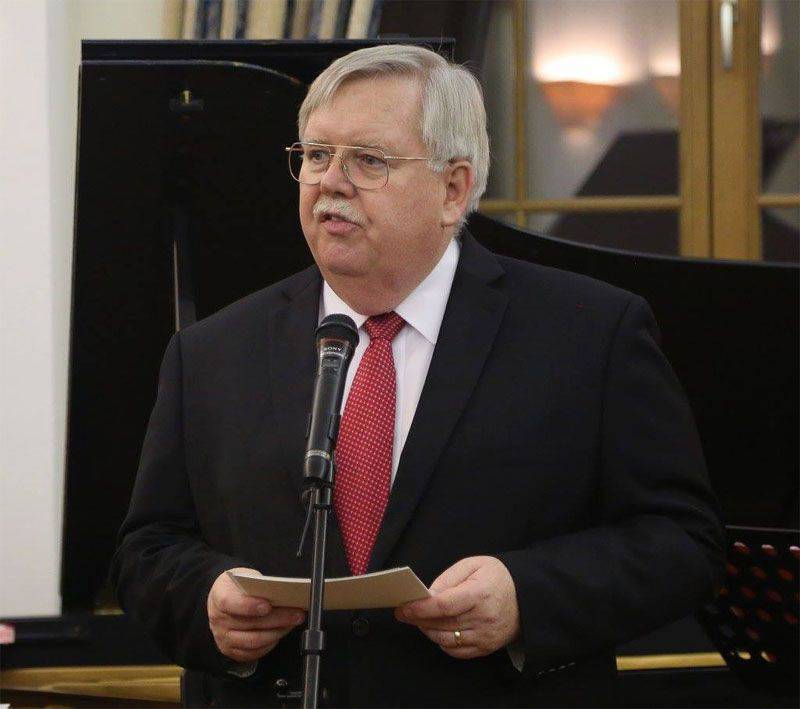 So, November 16 US Embassy website in Russia, publishes a statement by US State Department Deputy Spokesman Mark Toner, who mentions the anniversary of the death of Sergei Magnitsky.

From the Toner statement:
The anniversary of the death of Sergei Magnitsky is a reminder of what injustice costs people. Those on whose conscience his wrongful imprisonment and unjust death continue to remain free, despite the well-known and reliable evidence of their guilt. We pay tribute to the memory of Sergei Magnitsky and welcome those who seek to expose corruption and defend human rights in Russia, despite the threats and harassment in government circles. In memory of Sergei Magnitsky, we will continue to fully support the efforts of those who are seeking to bring to justice the persons on whose conscience his death is, including through the implementation of the “Sergey Magnitsky Law”, adopted in 2012 year.

2 December The American Embassy is already concerned about the decision of the court in Taganrog in the case of Jehovah's Witnesses. It should be recalled that the Taganrog court several representatives of the sect "Jehovah's Witnesses" were found guilty of committing a crime related to extremist activities in the territory of the Russian Federation. In Russia, some of the literature of Jehovah's Witnesses has been recognized as extremist and on this basis is prohibited for distribution. Despite the legislative ban, certain individuals decided not to stop the process of distributing Jehovah’s materials, for which they were brought to justice. The American "partners" thought that this was "persecution of believers."

From the material of the US Embassy:
The suppression of religious freedom undermines the foundations of genuine stability and often increases hostility in a society, including violence.
The US is calling on the Russian authorities to stop prosecuting people for attending religious meetings and for sharing their faith. The United States would welcome Russia's accession to our efforts to ensure freedom of religion as a basic human right.

Undermines of stability? .. Well, before the United States itself in this matter Russia is certainly far away ...

December 4 Mr. Tefft and his colleagues expressed displeasure at the fact that Russia recognized the undesirable activity of the American-Russian Foundation for Economic and Legal Development, which was created in 2006 year after the meeting between Vladimir Putin and George W. Bush .
From the message of the American Embassy:

We view this step by the Russian authorities as another planned attempt to further isolate Russians from the rest of the world. We are convinced that Russians, like people around the world, deserve to have an open market of ideas and the ability to exercise their rights without fear of punishment. We call on the government of the Russian Federation to fulfill its international obligations, while respecting freedom of opinion, peaceful assembly and association, and recognizing the rule of law.

Again, the States are saying something about Russia's international obligations ...

At the same time, Mr. Tefft’s office did not say a word that another fund with the participation of pro-American NPOs was recognized as an undesirable organization on the basis of a court decision, which is the triumph of the rule of law. Or Tefft does not agree ... Or do Russian courts have to fulfill those international obligations and recognize the rule of law, which are spelled out exclusively in American documents? ..

Against this background, it is worth paying attention to the fact that the US diplomatic mission in the Russian Federation is far from a static organization. Numerous meetings in the Urals, in Yaroslavl, a clear interest of representatives of the department to the Kamchatka region with its rich resources. And everywhere, you understand, by expressing concerns that Russia does not comply with something, it infringes on someone, sticks its nose, and so on and so forth ... Literally concern about preoccupation: Magnitsky, homosexuals and sectarians, funds, then "annexation and occupation" ...

And then, as the popular Internet meme says, the pattern gap is in Montenegro. In the capital of this 700-thousandth (in terms of population) of the country, several hundred people went to the rally to express words, to put it mildly, disapproval of the upcoming entry of Montenegro into NATO. The US Foreign Ministry reacted violently to the fact that in Podgorica, a rally of opponents of integration into the North Atlantic military bloc was held under the flags of Russia and Serbia. Russia was immediately accused of “destabilizing” the situation in the Balkans. For a second, Russia is accused of destabilizing the situation in the Balkans by a country whose bombers poured bombs and missiles on the cities of Yugoslavia ... as a basic human right, as stated by Ambassador Tefft in the Russian Federation in relation to the Jehovists.

St. George ribbons and T-shirts with a portrait of Russian President Vladimir Putin could be seen at the rally in Podgorica. Protesters against integration into NATO organized a rally at which it was stated that NATO, led by the United States, was the main destroyer of the world order, recalling the collapse of Yugoslavia, the invasion of Iraq, Libya, and now, without the consent of the Syrian authorities, in Syria. The protesters and the NATO bombing of the Balkans also remembered, and the Montenegrins also became victims.

A video about the anti-NATO rally in Montenegro was published by the famous blogger Anatoly Shary on Youtube:

The authorities of Montenegro itself, which today are dancing under the American banjo, also announced that the rally was, you see, sponsored from Russia. And even if we admit this, is there really a clause in Montenegrin legislation prohibiting the financing of such speeches from abroad? Someone in Podgorica assures that there is. And if there is, then why did not those who organized rallies in support of NATO sponsored by the United States go to court?

For many years, human rights have remained on the agenda of the world community, in particular, part of the dialogue between the United States and Russia. We hope that people in all countries of the world, including Russia, in the end will enjoy human rights in full.

And when will the observance of human rights be taken care of in the United States themselves? Or the syndrome of exclusivity with such concern comes into a clear contradiction, forcing to "take care" of Russia, Montenegro, Syria, etc., but keep quiet about the presence of a log of American maple in your own eye ...

Ctrl Enter
Noticed oshЫbku Highlight text and press. Ctrl + Enter
We are
Montenegro took to the streets. The population against the country's entry into NATOResults of the week. "This is not for you ..."
67 comments
Information
Dear reader, to leave comments on the publication, you must to register.