December 16 2015
136
David Blair, foreign correspondent for the British newspaper The Telegraph, believes that the Russians are sending a signal to the West through a demonstration of power in Syria. Submarines, cruise missiles, modern combat aircraft — all this Vladimir Putin uses in Syria to demonstrate Russia's military might. And this power is such that the correspondent is forced to admit: the Putin military machine is as strong as the American or British one. 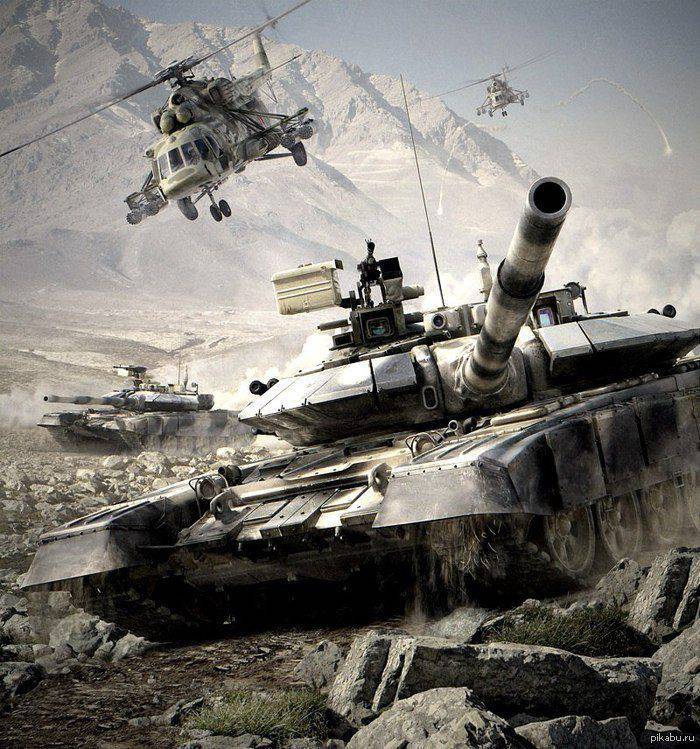 Recall 8 December, on Tuesday, Russia launched a rocket attack on the objects of the "Islamic State" with Caliber missiles from the Rostov-on-Don submarine from the Mediterranean. The Minister of Defense Sergey Shoigu informed the President of the Russian Federation Vladimir Putin about this.

“For the first time, Caliber cruise missiles were deployed from the Rostov-on-Don submarine from the Mediterranean Sea,” Shoigu said. RIA News".

Until Tuesday last week, a foreign correspondent for the British newspaper notes "The Telegraph" David Blair, the United States and Great Britain were the only states whose ability to launch cruise missiles from submarines against ground targets was proven.

However, after the volley tore through the calm waters of the Mediterranean, and the rockets rose into the cloudless sky, Russia became the third member of the club for the elite.

Cruise missiles launched by a submarine of the corresponding class clearly show, the correspondent believes that President Putin is using "his intervention in Syria" to demonstrate "Russian military prowess."

Aircraft that have never been used before in battle are now flying in the Syrian sky, the best Tanks the Russian army is fighting on earth, and now the West is also observing launches of cruise missiles from under water.

But the Syrian rebels do not have air defense, and samples of modern weapons they have very little, the author laments. And because there is no "obvious military reason" for which Russia must use the most powerful tools from its arsenal. It is like trying to hammer small carnations with a huge sledgehammer.

Experts believe, the journalist writes further that Mr. Putin’s real goal is to send a signal to the United States and NATO.

Increasing military spending from 2005, Putin wants to prove that his armed forces correspond to some of the "most formidable military assets of the West." And “cruise missiles that took off from the Mediterranean were probably the most important element of this demonstration,” the author believes.

Over the past 20 years, the US Navy launched Tomahawk missiles from its Los Angeles-class submarines. The British Royal Navy did the same using the Trafalgar class submarines (currently replaced by Astute).

Given that cruise missiles allow both fleets hit targets almost anywhere in the world, and the launch pad cannot be determined (it is hidden in the depths of the ocean), the “submarine-cruise missile” pattern is “the pinnacle of sea power,” Blair sums up.

Soon the Anglo-American “duopoly” will be challenged by France: it will have the opportunity to launch cruise missiles when its Barracuda class submarines are commissioned (this is expected to happen in 2017).

China is developing its own version of such weapons.

But it turned out that Russia got it faster! Using its weapons, the Kremlin hastened to make public the video footage of naval missile launches in the direction of Syria. “All targets were destroyed,” Russian Defense Minister Sergei Shoigu reported.

Brigadier General Ben Barry, a senior fellow at the International Institute for Strategic Studies, says cruise missiles are hardly the “most cost-effective way” to destroy “defenseless targets in Syria”.

But Barry knows what's wrong. Cost, as well as efficiency, are not included in the calculations of Russians. “If I were a Russian officer, I would say that it has a deterrent effect: NATO will have to stay on the chairs and accept news as a given, ”said General Barry, not without irony.

Earlier, Russia had already launched cruise missiles from four warships in the Caspian, the journalist reminds, and this was also the first time. The Russian navy has not yet used such weapons from surface ships.

Barry believes that if the Russians want to warn that they are “the adventurism of an irresponsible NATO,” then such a weapon will just help give a signal in the right direction. Cruise missile launches from surface ships and submarines are what you need to demonstrate power.

At the same time, Putin is giving a signal to ordinary citizens, Russians, who are impoverished, being in the grip of an economic crisis. These people are also "part of the target audience." “It helps [the Kremlin] to justify in the eyes of the Russian public the expenditure of resources on military modernization,” said Mr. Barry.

And here are the other "tricks" of Putin, also called to demonstrate something. According to the modernization program of the Kremlin, the Russian Air Force adopted forty-six new Su-34 aircraft. These advanced military aircraft, the correspondent notes, are currently operating in Syria, which will undoubtedly allow Russian specialists to evaluate their effectiveness.

And that is not all. Earlier this month, it turned out, the journalist writes that the main T-90 battle tanks (“the most advanced model in the Russian army”) were deployed in Syria. T-72 was vulnerable to anti-tank missiles used by the militants, and T-90 was protected by the Blind, a defense system that interferes with the destruction of the control mechanism of any missiles approaching the target. And soon this system will be tested for the first time in battle.

On top of that, Russia sent to Syria its “most formidable strategic bomber” - Tu-160. His initial task at the time when he was being created was deep penetration into the enemy's protected airspace. Of course, with nuclear weapons on board.

But in Syria, “there is no obvious military reason for sending such a Leviathan,” the author believes. To punish the "rebels" with nuclear weapons? The correspondent does not believe in it. Apparently, the Russians decided to "impress a wide audience."

So, to add in conclusion, the British and Americans (or rather, NATO members) had to admit that there was a replenishment in the “elite club”: a new member entered there “without demand”. And who would have thought that these stubborn Russians would overtake both the French and the Chinese?

Observed and commented on Oleg Chuvakin
- especially for topwar.ru
Ctrl Enter
Noticed oshЫbku Highlight text and press. Ctrl + Enter
We are
This is not “Putin’s Russia” - this is “Putin-Russia”Results of the week. “Everything will go like clockwork: at first — in the evenings — singing, then pipes will burst in the toilets ...”
136 comments
Information
Dear reader, to leave comments on the publication, you must to register.