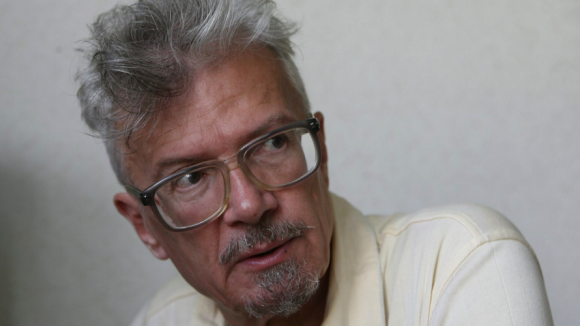 Domestic media: “According to preliminary results, in the Sunday elections in France, the National Front Marine Le Pen was defeated in all regions, despite the advantage gained in the first round, in six areas at once.”

- Well, not a defeat, but according to preliminary results, I became the third from the first.

- It should hold elections in one round.

Manuel Waltz (Valls in French in general, his father is Spaniard, his mother is Arab, French became Prime Minister in 20 years).

He thanked "those who responded to the call to put a barrier to the far right in the second round."

However, Waltz notes, “the danger of right-wing radicalism has not been eliminated.”

Taking into account the typical message of the Russian media, and especially the words of the French Prime Minister, we can understand what they did there, in France.

And again they did a classic trick with the translation of arrows for the French political nomenclature.

The “National Front” in the first round received voices furious after the attack on the French in Paris, the unit of Islamist murderers - the caliphate soldier.

In the second round, the socialists and simply right-wing Sarkozy hijacked (as they hijack, sometimes planes) the vote, on the topic of the war of civilizations, on the wrath of the French over the fact that their country was turned into a branch of the Caliphate, on anger over the killers and 130 fresh November dead in Paris, hijacked on the route of right-wing radicalism.

That is, they made a substitution.

Right radicalism is not glorified by any corpses, but traditionally they are frightened by the people of the establishment party in France, when an emergency arises, the right and left unite against the extreme right. So it was when old Jean-Marie Le Pen reached the final presidential election. Then it turned out to win Le Pen jointly.

In 2012, the socialist Francois Hollande came to power, during whose rule the attack on Paris was carried out in November and the dead 130 fell on the sidewalks.

But December 13 again over the French did the same trick as in the 2002 presidential election of the year, inflamed them against the far right, mobilized their cowardice.

I explain in French, I have the right, I once lived 14 years among them.

On December 6, they indignantly voted for the National Front. But until December 13, experienced hijacking professionals could, had time to inflame them against the “far right”, reminded them of “right-wing radicalism,” which in fact is nothing but French nationalism in its civilized European version.

The “terrible” Marine Le Pen, for example, preaches only a reduction in the number of migrants, and not a complete halt in the flow of migrants. I am absolutely sure that the same people voted for 6 December and 13 December, but they voted 6 December, outraged by the murders in Paris, and December 13 - excited by the political parties of the establishment parties.

The fact is that, besides the fact that the French are passionate, they are also careful.

They do not dare to step over the political prejudices once inspired by them.

Now they have postponed the decision again.

Swept trash under the carpet.

Their cowardice will side them.

Therefore, they have always had revolutions, as they delayed political decisions. And then France exploded.

How much over you, the French, still need to put here such sinister experiments, so you can guess how you are inflated every time?

The caliphate will not calm down, there are from 7 million to 8 million Muslims living on the territory of France, thousands of mosques in the country of 2,2, some of which preach the ideas of the caliphate.

So the continuation of the horrific series of murders will surely be, I ask you to forgive me for what I am obliged to tell you, oh French, the bitter truth. Bitter foresight.

And then again you will run to cast your votes Marine Le Pen.

And guess the same to cancel the second round. This is an invitation to electoral fraud!

Ctrl Enter
Noticed oshЫbku Highlight text and press. Ctrl + Enter
We are
Le Pen - the future president of France?Russia is being attacked because it is an alternative to the American model of global order
Military Reviewin Yandex News
Military Reviewin Google News
52 comments
Information
Dear reader, to leave comments on the publication, you must to register.