How Russians and Chinese Will Win America

December 15 2015
68
If armed conflicts begin in Europe, Russia will be able to respond quickly and effectively to Western forces. First of all, the Russians will seize the Baltic states in a couple of days, and NATO simply will not have time to "argue", since the speed is not the same and the tactical skills of the Russians are better. Secondly, the leading force of NATO, the US Army, in Europe has only two brigades. Third, American fighters will have to fight, probably without air support: after all, the Russians have powerful air defense systems. Fourthly, Moscow is able to fight using electronic means, cyber war and hybrid warfare. Fifth, she has a nuclear weapon. And sixthly, America will have to digress for China. 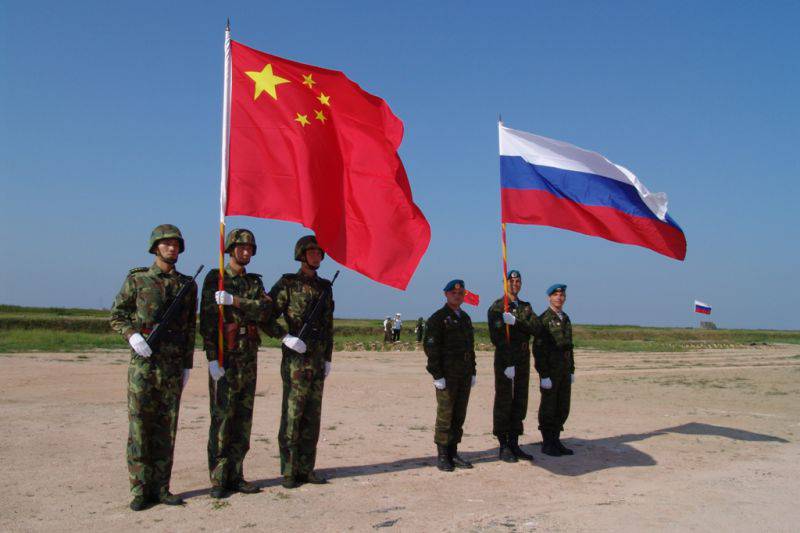 As the columnist L. Thompson writes in a journal "Forbes"“Since Russia has invaded Ukraine in 2014 year and seized control of the Crimea, Pentagon strategists are trying to figure out how to cope with the further seizure of the territories by Moscow.”

Western strategists are most concerned about the assumption of the coming Russian offensive on the three Baltic countries - Estonia, Latvia and Lithuania (these are the only former areas of the Soviet Union that joined the North Atlantic Treaty Organization, the author reminds, and therefore other members of the alliance are obliged to protect them).

According to internal estimates of the Pentagon, the Russian military will be able to occupy the Baltic States within 2 or 3 days. That is, long before NATO could give an agreed response.

In general, the observer believes, given the proximity of the Russian troops and the lack of natural barriers for a potential enemy, the entire eastern flank of the alliance is vulnerable to invasion.

There is another problem with NATO: after the “invasion” of the Russians into Ukraine, Western strategists do not undertake to predict how Russian leader Vladimir Putin will act.

As a result, the likelihood of a new war in Europe has become the most important agenda and one of the priority tasks requiring resolution.

The observer spoke with a number of high-ranking military officials and realized that the US Army would not be able to stop the rapid advance of Russian forces to the west. Under certain circumstances, Putin will even be able to defeat NATO forces and disrupt the fragile European political order established after the collapse of the Soviet Union. The author of the article in Forbes highlighted some of the advantages that the Russian army has.

1. Russia has enormous geographical advantages in the European war due to its proximity, penetration depth and ability to control the key bottlenecks of the front.

2. The West has for many years “neglected” preparations for the high-tech threat. For fifteen years, the Western Allies have been fighting against the “rebels” in South-West Asia, with irregular forces, and with IS fighters. And to a much lesser extent, Western soldiers are ready to fight an enemy armed tanks, artillery and assault aviation. And the amount of equipment in the West is not the same. And the number of soldiers decreased: of the US army units stationed in Europe, only two brigades remained.

3. Russia often conducts military exercises near the eastern borders of Estonia, Ukraine and other nearby states, where it can “invade”.

4. NATO support is unlikely to receive air support. Russian air defense systems in Eastern Europe are so positioned that Western strategists are not sure that their aircraft will be able to support ground forces. Only the SA-21 mobile anti-aircraft missile systems were currently deployed by the total number of more than 150 launchers. With such power, they are able to shoot down any non-hidden aircraft in the airspace of friendly US countries. For example, most of the Polish airspace is potentially within the range of Russian air defense.

5. Conventional weapons in Russia are getting better and better. The Russian army is becoming more professional machine. It got to the point that Western officials believe that the Russian army is better armed and capable of effectively waging a local war, carrying out electronic warfare, cyberwar and using the tactics of a "hybrid war."

6. Finally, Moscow is ready to use even nuclear weapons. Russians have local superiority in tactical nuclear weapons, and Moscow’s military doctrine allows them to be used.

NATO spends a lot of money on “collective defense”, however, the observer believes that the alliance does not seem to be able to “cope with the Russian attack of the West.” Besides, no one knows what Putin can do when he realizes that Washington has been distracted to another point on the globe ...

And we’ll add from this point that it’s not necessary to consider the Middle East, where IG operates. Some experts believe that China is a big threat to the United States.

R. Haddick, senior researcher at the Mitchell Institute for Aerospace Research and a well-known publicist, in the journal "The National Interest" listed several options for a possible war between the United States and China.

The modernization of the People’s Liberation Army of China and the so-called access blocking strategy, known by the acronym A2 / AD, can lead to complete unpredictability of the confrontation between China and the United States in the South China Sea.

What could cause a war between these major states?

Robert Haddick cites the opinion of historian Jeffrey Blaine (USA). He is convinced that the prerequisite for a dangerous shift in the balance of power in the Asia-Pacific region, given the growth of China’s military potential, may be Beijing’s resistance to American navigation patrols at sea. Then there will be contradictions of “operational concepts”. And yet: in other areas that have not yet had large-scale military use, the Chinese are stronger than the Americans.

Here are some of these areas: the use of missile-strike systems, which the Chinese have built on the basis of the Soviet developments of the last years of the Cold War. The intelligence complexes of the PRC include satellite tracking, air-based detection systems, anti-ship and long-range ballistic missiles. In such systems, China is higher than the United States. China has a complete superiority in the number of operational-tactical missiles, since Washington has no such missiles. In the arsenal of anti-ship warheads, the Chinese also have superiority.

True, it is difficult to judge the effectiveness of Beijing’s actions in the battle against the enemy’s mobile and defended targets, the expert believes. After all, the United States can use aircraft carriers in wars. In 1996, Bill Clinton’s decision to send two aircraft carrier groups to the Taiwan Strait forced Beijing to back down. However, it was precisely this retreat that led the PRC to the idea of ​​developing the A2 / AD strategy mentioned above. And the inability of US carrier strike groups to respond adequately to a future threat will lead the United States to a catastrophe.

In addition, since the end of the last century, US military experts have been worried about the threat of a Chinese missile attack on ground targets and naval bases of the United States and its allies in the western Pacific. China has the opportunity to disable American bases in Japan, South Korea and others. It must be remembered that there is a certain difficulty in supporting a large number of sorties from geographically dispersed small bases.

Finally, protection from satellite systems for collecting intelligence from a potential enemy. Both sides know how to use technology for intelligence and information gathering. And no one knows whether it is possible to use “cyber weapons” in order to penetrate the enemy’s command system, and then to attack the detection and guidance systems.

The geographical position also speaks in favor of the PRC. The Chinese will fight on their territory. China has much more bases compared to the locations of the US expeditionary force.

On the other hand, the regional allies of the United States may be useful in gathering information in the uncertain conditions of a new type of war.

However, the expert does not believe that the war will start right tomorrow. Today, he writes, Chinese and American military strategists and politicians are likely to agree on the balance of power in the western Pacific. But what will happen later? With current disagreements, the danger of conflict increases significantly.

It seems that the number of alleged "military opponents" of the United States is growing rapidly. And it's not about the "IG" and other terrorist groups, but about China and Russia.

According to foreign analysts, in the event of an invasion of the Baltic countries, the Russian army will be able to achieve quick success. Some two or three days, and the former Soviet republics will go to Putin. NATO machine during this time will not even gather their strength. The Kremlin can wait for the right moment when the US is distracted by another military event, and attack Lithuania, Latvia and Estonia.

The right moment may be the US sea conflict with China. Speaking about the likely confrontation, analysts point to the growing power of the Middle Kingdom. If US aircraft carrier groups cannot cope with the PLA, which will use all the benefits of its geographic location, America will face a "catastrophe."

Observed and commented on Oleg Chuvakin
- especially for topwar.ru
Ctrl Enter
Noticed oshЫbku Highlight text and press. Ctrl + Enter
We are
Strangulation: the context, conduct and consequences of the American naval blockade of ChinaFinland: forward to the Russian bear?
Military Reviewin Yandex News
Military Reviewin Google News
68 comments
Information
Dear reader, to leave comments on the publication, you must to register.