December 14 2015
55
Near Aleppo were seen Tanks T-90 sample of 1992, differing from T-90A in that they have cast instead of a welded tower, reports Messenger of Mordovia. 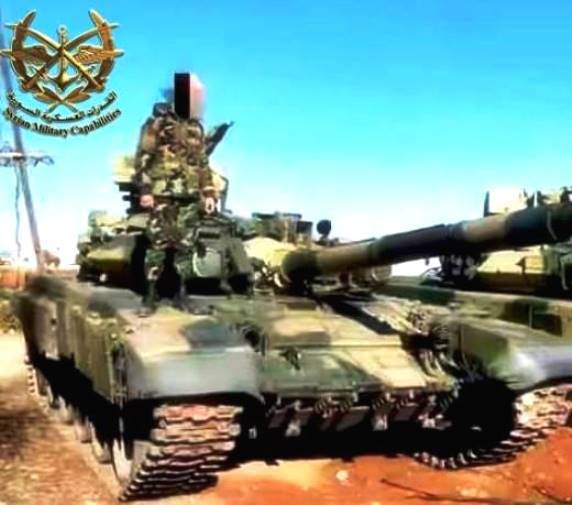 The tanks of the first series are equipped with thermal imagers and Buran PA infrared sights.

According to the newspaper, “the 90’s early-stage machine also has the Shtora-1 opto-electronic suppression system, designed to repel guided anti-tank missiles, and the Aynet equipment for remotely detonating a high-explosive fragmentation projectile.”

The author notes that "despite their age, these tanks are significantly superior to T-72B, not to mention the existing Syrians old T-72М1".