Vitaly Churkin believes that the American coalition’s strikes against the SAR forces were not accidental.

December 14 2015
36
Russia's Permanent Representative to the UN Security Council, Vitaly Churkin, stated that the two strikes inflicted by the American coalition planes on the military personnel of the Syrian government army may not be accidental and not the only ones. Vitaly Churkin believes that the American coalition can “miss” past DAISh terrorists and strike at the positions and targets of the SAR armed forces in the near future. 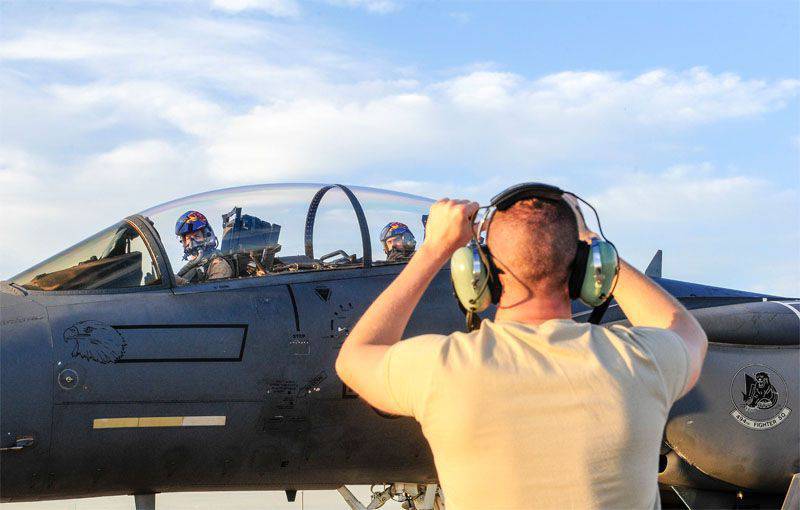 RIA News gives a fragment of the statement of the Russian permanent representative to the UN Security Council:
There is a danger here: the members of this coalition are different, as it turned out, in some chaos: someone in the coalition framework is bombing, someone, such as Turkey, is bombing outside the coalition framework. And, of course, there is a suspicion that it was no coincidence that, despite all the assurances given to the Syrian government that these attacks would not be done by the forces of the Syrian government, from time to time they would be dealt with in some places. And this will cause aggravation and further complicate the plot of what is happening in Syria. But let's hope that this does not happen.
At the same time, Vitaly Churkin said that the United States in the fight against the fighters DAISH (ISIL) proposed "to tune in for a long term."

Russian diplomat:
This conversation with the American generals at the Pentagon was very interesting. They said that there would be a big struggle, we are setting ourselves up for the long term. Some colleagues were simply dumbfounded - how could that be? Listen, there are not so many of them. You bombed the year there, the whole world took up arms, and you say that it is not known when this struggle will be over ?!

Indeed, a strange situation ... With the use of giant military resources, including military aircraft for various purposes of the USA, Australia, Germany, France, Turkey, other countries, as well as US special forces in Iraq, Turkish troops in the same Iraq, the so-called American coalition can do nothing sensible to counter the militants who have of the most powerful weapons - anti-aircraft installation on a Japanese-made SUV and armored vehicles seized from the Syrian army ...

Vitaly Churkin:
I also asked them a simple question: do they theoretically have at least a rough estimate of how to use the armed forces of the Assad government if there is a political process? But they did not answer. As I understand it, they do not even have theoretical reflections on this matter. Of course, logic is on our side. Everyone says that it is impossible to win without land forces, and no one is going to supply these land forces from leading countries - neither we, nor the Americans, nor the French, nor the British. If you are not going to, then it is necessary to use local ground forces. And who is this? These scattered "moderate" groups? This is not enough to defeat ISIS. So, we need to attract the forces of the Assad government. But they (the Americans - approx. "IN") for this is not yet ready. The position of the West is that they do not even want to hint that they will cooperate with Assad.

So they are not going to hint. They have completely different tasks, which Vitaly Churkin himself declared - to continue to imitate the fight against terrorism, while slyly striking the positions of the SAR forces. This is the whole "coalition" ...