On December 18, the laying of the nuclear submarine carrier Emperor Alexander III is scheduled for the Russian Navy

December 14 2015
66
The representative of the press service of the main defense department of Russia on the Naval the fleet Igor Dygalo told the media that on December 18, a solemn laying ceremony of the nuclear submarine rocket carrier Emperor Alexander III of the Borey-A project is scheduled. The event will be held in Severodvinsk. Submarine cruisers of the Borey-A project are capable of carrying 16 Bulava-30 ICBMs on board. 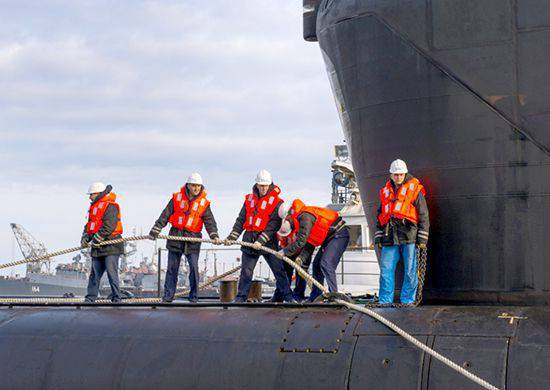 Press office fleet:
The ceremony will be attended by representatives of the leadership of the Ministry of Defense of the Russian Federation, the main command of the Navy, the command of the Northern Fleet and the White Sea naval base, representatives of the administration of the Arkhangelsk region and Severodvinsk. The three nuclear submarines of this project, Prince Vladimir, Prince Oleg, Generalissimus Suvorov, are already at various stages of construction on the stocks of OAO Sevmash.