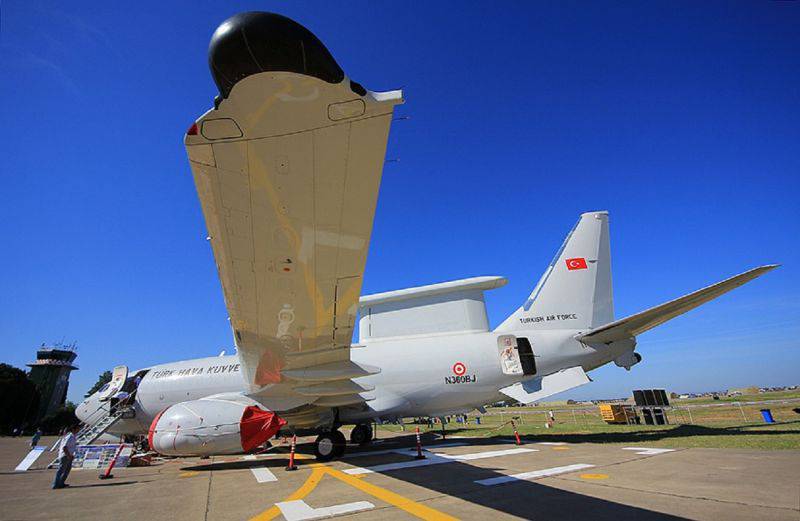 The occupation of the northern part of Iraq, continuing through the Syrian-Turkish border oil traffic from the territories controlled by Daisy, strengthening of the Turkish army units on the border of the SAR, as well as openly arrogant and unsubstantiated statements of the first persons of Turkey, commenting on their "blinkered" vision of the military-political situation in the region, and many other examples only strengthen us in our opinion about the future policy of this country.

The Turkish leadership will not help a bit to reduce the degree of tension in the region, which was established from November 24, when Su-24M of our videoconferencing system was destroyed by a “stab in the back”, and a large division of the NE of Turkey was deployed to the Iraqi Mosul region.

Everything happens with the full support and support of the Turkish army by NATO’s Allied Forces, and this is when Iraqi Prime Minister Haider al-Abadi makes a call to J. Stoltenberg to calm his alliance ally. But, as we see, "call in the rail"!

New cases of provocations from the Turkish side were also noted, one of which was the dangerous approach of the Turkish seiner on the 2,92 cable (540 m) to the patrol ship of the Black Sea Fleet "Sharp-witted" 13 December 2015, whose crew was forced to use small arms to avoid threatening our ship ( After all, nothing was known about the crew and cargo of the seiner). The situation is really developing according to a bad scenario, as Turkey continues to receive from the West more and more new types of weapons and intelligence systems that change the parity of forces in the Middle East, the Caucasus and the Mediterranean.

On December 9, 2015, it became known about the completion of the formation of a link of four AWACS aircraft Boeing 737AEW & C "Peace Eagle" ("Peace Eagle"). The first aircraft was put into service with the Turkish Air Force on January 31, 2014, thus, a full-fledged link of the Turkish "overseers" was created in just 2 years. The American corporation Boeing became the main executor of the contract. The Americans assembled the first Boeing 737-400 airframe modified for AWACS equipment for the Turkish Air Force, and the Australian branch of Boeing helped in organizing the ground service and assembly infrastructures of Turkish companies Turkish Aerospace Industries (TAI), HAVELSAN and ASELSAN, which were involved in the installation onboard electronic and radar equipment of the Israeli company ELTA.

The appearance of a whole link of such aircraft in the Turkish Air Force does not at all contribute to stabilizing the situation in the Middle East, moreover, gives them a feeling of complete control of the situation both over the Black Sea basin and the Caucasus, and in northern Syria. Despite the very strained relations between Turkey and Israel, ELTA nevertheless transferred to Turkish TAI the most advanced MESA ALC with air -borne AFAR, which allows tracking tactical fighters at a distance of 370 — 500 km (depending on EPR) and small-sized cruise missiles.

Boeing 737AEW & C aircraft significantly expand the air superiority capabilities of 200 Turkish F-16Cs, especially with the long-range versions of the AIM-120C-7/8 AMRAAM air-to-air missiles and due to the highest throughput achieved by the high performance of the radar control avionics: 10 operators The radar can simultaneously detect 3000 targets in the review mode and simultaneously track 180 air, ground and sea targets on the way, working with the highest priority of them. This capacity allows you to maintain control in a complex tactical environment, where the theater of operations is oversaturated with various sources of threats, from UAVs and missile launchers, to fighters and electronic warfare directors.

Four aircraft can control a section of the front with a length of about 3500-4000 km, and the range allows monitoring the airspace over the Crimea and most of the Krasnodar Territory, even if the Boeing 737AEW & C is flying in Turkish airspace.

This Turkish video, describing the principles of operation of the Boeing 737AEW & C AWACS, was published in the spring of 2011, when there were no signs of a "spiral" of tension between Russia and Turkey. Nevertheless, at the end of the video, attention is drawn to a combat aircraft chosen by Turkish authors as an aggressor vehicle. This is our Su-34. This fact needs no comment.

Triumph, Pantsir-S400 and EW Krasuha-1 complexes, which in the event of a military confrontation with Turkey will be able to repel powerful anti-personnel units against the Russian contingent, protect the ground infrastructure of the Russian Aerospace System of Russia and parts of the Syrian airspace. in Latakia and Tartus, but such defense will be most secured only in a confident range of C-4 (400 — 250 km at medium and high altitudes and 300 km at supersmall). At longer distances, one will have to rely only on the highest combat qualities of super-maneuverable multi-purpose Su-40CM fighters and Su-30 fighter-bombers, whose informational pilots are still small, since the lack of A-34U aircraft does not allow preventing Turkish fighters from approaching flying from the planes of the A-50U aircraft. heights 40 — 70 meters.

Conducting a probable air battle against hundreds of F-16Cs, guided by AEW & C aircraft, with one Su-30SM regiment, without AWACS support, will also not be an easy task. So radar patrol and guidance aircraft are now very important for our pilots in the SAR.