Country 404. Is it worth it to fight it? Maybe it's easier to cure?

December 14 2015
99
Too much negativity is pouring today on the heads of readers and viewers. Sometimes it even pity us. Some are already rumored to calm the classic literature began to read. And the brain makes work, and there is no negative. 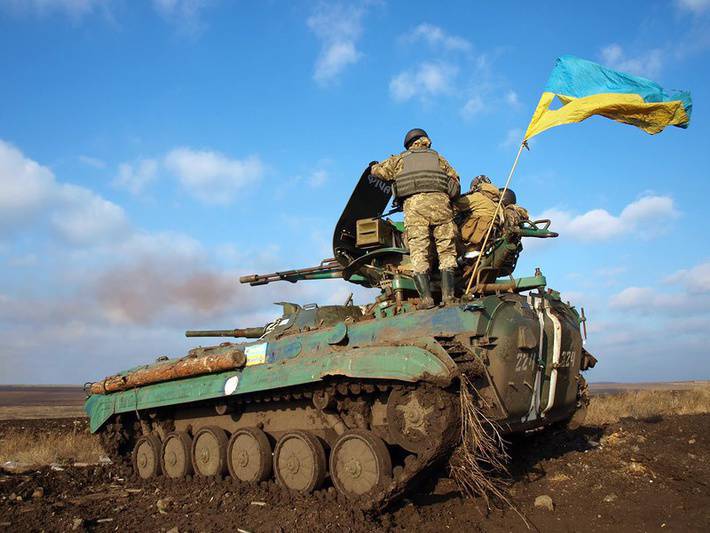 That's why I decided to tell you a fairy tale today. More precisely, not me, but one of the Ukrainian bloggers with the nickname Fashik Donetsk. I will write very little. So, comment here and there. No more. Clarify something. Because I care about your feelings. I want the day to start with a positive. In short, I start.

“The other day I was sitting in a Lviv coffee shop. A mutant in uniform came up and asked to buy him coffee. What did the miracle that wants to bomb Lviv-Kiev-Dnepr, etc., I’m honest, I’m honestly. But how to argue with the body which has a trunk that can badly affect karma, then I almost happily agreed. "

Pay attention to the scene. The fact that this is a coffee shop is not particularly important. It matters where she is. Lviv! Why did clarify, understand later. Although, what the body with the trunk does in the Lviv coffee house, the author correctly asked ... Then follows an uninteresting description of this body itself. And fumes carries, and ... In general, uninteresting. We skip it. And we start with the story.

"My name is not important to you. You just listen to me, the stone lies terrible. You know, I passed Chechnya, I am a real paratrooper, I fought, not drunkenness in berets. When the war started, I went to work in the LC, went to the militia. Yes, I am for the republic, I am for the Russian world. When I was paid 2400 $, I was ready to kiss Putin from head to toe, when I rose in the position, and the salary became 3400 $, I was in seventh heaven. what a thrill: getting decent money for what you love and know how to do? I found out. "

Most, of course, paid attention to the prices. And the main thing is different here. The body of a Chechen fought. Paratrooper. But how this paratrooper, being a Ukrainian, fought in Chechnya, is not very clear. Although, which side he fought is also not specified. And the salaries in the militia are really impressive. Even in Russia, not like in Ukraine.

"But my happiness did not last long. After the epfesbies came to Lugansk with big epaulets, and the headgear went to the DNR with big stars, the mess started. So that you understand, the GRU assumed the Donetsk region, the FSB took the Lugansk region. I don’t know what is better than others, but I had to quit: 4 didn’t pay a penny for a month, but I had to live somehow ... I barely managed to leave on time so that they wouldn’t throw meat, die ... We, the militiamen , always went ahead, and the military and mercenaries followed us. We could not retreat: there was an order to throw everyone in the back who disobeys. So there wasn’t much difference from whom to get the bullet ... Do you know who went and still walks in the front ranks to attack? And I'll tell you! Always thrown at the embrasure first to those who have debts salary! Personnel soldiers of the Russian Federation have always stood behind us, always! "

Here !!! Finally, I understood why so much time the valiant Ukrainian Armed Forces and the punishers are fighting, and only those very militias and volunteers are being killed. The RF sends the military especially the most cowardly ... So that there were no casualties. And why are there very few millionaires in the Donetsk militia (well, I don’t know these. And the gopher, maybe there is). How, then, the salary debt is approaching a million, once - and to the front. Under shells and mines ... A good train of thought.

"Do you know who are volunteers from Russia? And I will tell you! One loan, the second unemployed, the third p ****, the fourth wife drove out of the house, the fifth stupidly came to earn money ... They all come so trendy, clean and they go off to the booze ... But why does this rabble go to us? Why are these losers in the Donbass?

The guys from the militia, it was not me who wrote. I just quoted. So I do not need to beat the physiognomy. And you thought that there is the color of the Russian nation? Ukrainians know exactly who and what. They were enlightened.

"Send us to the militia, upstarts from the Russian Federation, put the commanders. We leave the position. We get the order: to fire at a square where the dill stand. We look at the map. For a long time we look at the map. But, ***! In that there is no dill in the square! Ours are there, peaceful! We speak to the commander about this. And in response: this is an order! We will shoot for sabotage! And we ***** in the villages, in the suburbs, in Lugansk, in Oktyabrsky, in Donetsk ... Orders are not being discussed ... And then we go to clean up the area so that there are no witnesses left. "

"I, the paratrooper, are sent to the sweep along with the Kadyrovites ... I went ... But I could ... The Chechens, after returning from the mission, are neighing at me ... They mock at the paratrooper, do you understand ?? in still warm blood, and they say: "What are you on the paratrooper? You are a muslin lady! I stand and do not know what to say to them ... I know that wherever they went on mission, only the old people and children remained , everyone else left. "

Well, where without Kadyrov's? Honestly, sometimes even jealously, which of them did the heroes. It seems that nowhere, except for the Caucasus, they did not shine, and even the Ukrainians are afraid of them. Why are there Ukrainians, even their owners are afraid. Although, judging by the story of the body, it itself is afraid.

"Do you remember the biggest humanitarian convoy? I accompanied him. There were Russian journalists with us, a lot of journalists. I’d got to check the cars on my head ... I checked 4 cars - all ****. I checked a couple of others, and they are empty! Imagine the rest are empty! I ask journalists: what is this circus ****? Why do we need such convoys? And the answer is: do not interfere with work! Do not put your nose where you don’t need! It will always be so! Do not spoil the picture! And I immediately understand why we are empty: for corpses and equipment, for metal and coal. "

Here we are caught. As I had not thought of it before ... One hundred machines can take out each ton of 10-15 coal ... It's the same day a heat station in some regional center can heat everyone for free. And if the metal? And we send coal to Ukraine. We have a lot of type ... Yes, and corpses ... If hundreds of thousands of them are taken out, then we really need convoy.

"Do you know that Russian colonels and other commanders say that we, the militiamen who are fighting on their land? The ***** how long you will die ... the more you die, the better for us!
I have not seen such animals as Russians in my life. The beast will have more pity. Remember, bro, for the rest of your life, tell your children, grandchildren, descendants, tell everyone that Russian warriors are not people! This is a soulless creature! Putin taught me to love Ukraine. "

Here is such a (censor) painter, as one former well-known leading storyteller of Kiev television said. Did I cheer you up? I think raised. Specially did not correct the mistakes of the author of this opus. Well, as it is, so it is. And did not deny anything. What for? Denial, I think, this fascist will receive from the Donetsk warriors themselves. Those whom he described.

I have another question. Is it worth it to refute? Specially talked with psychiatrists about delirium in patients with their profile. All in one voice argue that no need to argue. Obsession. After recovery, the patient himself will not believe that he had such. If heads can be hammered with just such nonsense, then such heads are no longer a particular danger. They are rather dangerous for themselves. But this is not for us, but for specialists. If such remained in Ukraine.