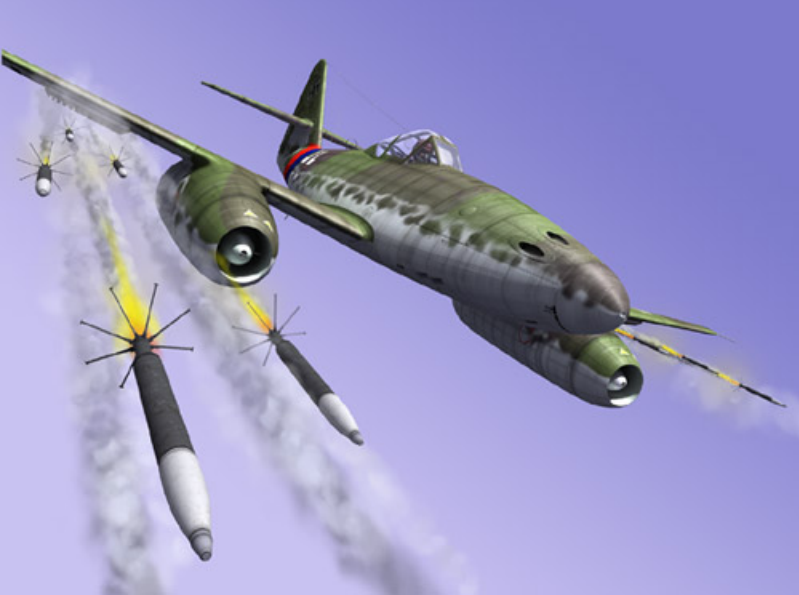 Anyone who has heard about the war in the Pacific between the Japanese and the Americans, but did not go into details, will tell you right away one legendary model of the aircraft: the Zero A6М5. The same fighter. Fighter, who became a legend, became a symbol of the entire Pacific campaign. Yes, the Americans won the war, but the films, but the books, but the models will remind you of a living legend. And here there is one small question: “what was the best in him, in this very Zero?”. Such is: a bad and bad question. All praise William of our Shakespeare, but for what?

Unsurpassed maneuverability and range - this is the answer of the historian. And we recall that the WWII fighter had many characteristics, such as: speed, speed, firepower, security, view from the pilot's seat, reliability, radio, etc. Many characteristics, very many. So, booking and radio on the “Zero” at the beginning of the war were absent as a class. Range? Yes, it was, while there were experienced pilots. There were no experienced pilots, there was no range, since it was not obtained constructively, but by dancing with a tambourine around engine adjustments in flight. Armament and speed of imagination, too, did not hit. So what's the deal?

Allegedly, the Americans, having captured one instance in Alaska, rushed to research and design it, based on the test results, got their "antizero". Those same Americans, whose industry was an order of magnitude stronger than the Japanese, the aircraft industry produced more aircraft than the rest of the planet, and science worked wonders. Such is the “magic Zero”. Me-109 overgrown with even more legends and firmly entered the Russian language. Truly legend aviation. It must be said that in 1937 the Me-109 (Bf-109) was magnificent in the sky of Spain. What was, was. But at that time, fighters were aging much faster than today, and in 1941 the Me-109 was no longer so unexpected and “unkillable”. Time passed, but in the 44th most massive Luftwaffe aircraft he was - Me-109. I know - modifications changed, there was an “upgrade”. The German aircraft industry was second to none - better and stronger than the Japanese. But the basic design imposed certain restrictions, and by the year 44, the Me-109 was "a bit" out of date. Especially out of date by 1944, Zero (which also changed the numbers of modifications).

But both Japanese and German aircraft fought. They fought in spite of everything — they lacked fuel and experienced pilots. The next (exactly the next cause of problems!) Is the lack of airplanes. Those. even the lack of airplanes was not so critical compared to the lack of intelligent pilots! That very thing turned out to be even less critical - the obsolescence of the structure (which, of course, was the case). German aircraft designers created just incredible, futuristic fighter models, but the main load was still the same one hundred and ninth, which entered the battle back in Spain ... The main burden of the war in the Pacific Ocean was taken by the Zero who entered the battle in the skies of China ... The Japanese also created the newest aircraft, but they were built less.

Many decades later, amateurs and professionals will learn history War in the air, and their attention will attract Me-262 and Me-163, but in the air war, they did not play a special role. In the bloody 1944 in the skies of Germany, only “old men” went into battle ... By the way, the FW-190 was not much newer. Such are the "innovations". Simply, both the Japanese and the German empires were under severe air pressure and would not be able to stop the aircraft factories for retooling production to new models - this would lead to a catastrophe. The situation was saved by experienced pilots (while they were).

Immediately, an assumption arises that if everything was bad in the Luftwaffe with the new models in the ranks, then everything was fine with the Pantservafe. This is a wrong assumption - everything was even worse in Pantservafe. "How is that !!!" - cries out a lover of German armored vehicles, tearing his voice to a sob. “How so ?!” - holders of puffy color encyclopedias with amusing tanchiki of the Third Reich in an amusing militaristic coloring will cry out in chorus. I will explain it popularly: in my native Yekaterinburg there is an urgent need to re-equip tram parks with new models of trams, and so, at each exhibition we are shown the latest, extraordinary models of trams. They are simply breathtaking, they are shown on TV, but mostly old Czechs run through the city streets. But ask someone about the tram, and he immediately remembers Innoprom and the futuristic cars.

Ask someone about the Wehrmacht armored vehicles, and he will immediately call you Tiger, Panther or Ferdinand / Elephanta. Sturmtigr or Jagdpanther are also on the menu. But in practice, the main vehicle for moving around the battlefield "Guderianov's nestlings" were T IV (in very different versions). Those same T IV, which were the best outside the USSR 1941 year. They remained the basis of Pantservafe from the beginning to the end of the war. A bit boring and offensive, I understand, and, nevertheless, - T IV. No options.

But Panther, despite its late appearance, was “magical” a tank? Superweapon, Wunderwaffe? Discussions are still ongoing on this topic. Of course, the Panther was a new, powerful and interesting tank, but suffered from numerous "childhood diseases." Panther in labor exceeded the "four" somewhere in 2 times. To say that it was 2 times more effective on the battlefield is quite difficult.

By the way, Hitler likes to “kick” for inattention to jet aircraft. At the same time, none of the "pinners" does not analyze data on the effectiveness of the use of Me-262 fighters, for example. And this very efficiency somehow does not please the eye. The project “jet fighter” devoured a bunch of scarce resources, but he gave very little to the downed Allied aircraft. And by the way, jet fighters demanded very experienced pilots. At the output of this project in 44-45 issued aircraft with unsurpassed speed. The combat effectiveness of jet fighters? It is highly questionable at such costs. By the way, jet bombers showed themselves well (namely, they were demanded by Hitler).

You know, telling in the book / chapter about the 1944 year about Me-109 and T IV is a bit boring, so they begin to describe technical delights. But at the same time they forget to mention how much resources were spent on these “delights” and what return it gave. You know, such a funny cost / benefit ratio? So, for the new technology during the war, it was not always very interesting. The problem was that the new equipment still had to be “brought to mind” in production, mastered in the front-line units, learned how to use in battle, develop a new tactic. And only then the miracleweapon It became a miracle weapon. By the end of the war, all the belligerent powers found out that the training of pilots and tankers is more difficult and longer than the production of aircraft and tanks. The same applied to ships (and especially warships!).

The successes of the German and Japanese armed forces in the first stage of the war were due to the high level of organization and training of these very armed forces, the excellent training of pilots, sailors and tank men, and not some extraordinary characteristics of military equipment. In the same Italy, Prince Borghese achieved much more than the rest of Italy during the war. Technique, which possessed Yunio Valerio Scipione Borghese, does not strike the imagination and does not please the eye (it is rather primitive). And, nevertheless, he shook the British fleet. The level of Soviet aircraft factories and their personnel was lower than German, but the main reason for the failure of the Red Army aviation was still considered to be not the relatively low characteristics of fighters in the initial period of the war, but very different factors (in serious work). Even if by the beginning of the war we managed to rearm this very aircraft, for example, completely from the I-16 to the Yak-1, it would hardly have solved the problem of the struggle for air superiority.

I certainly do not want to say that the new military equipment is not needed, harmful, costly and must be fought with proven “old-fashioned” methods. But Hitler did not beat France at all due to the high characteristics of German tanks and aircraft, but due to their skillful use. In 1940, Britain and France were not inferior to Germany in tanks, guns and aircraft. The characteristics of the British and French weapons were also on par. But by itself, the weapon of war does not win. Battles too. The organization of the armed forces, their training, the development of tactics for the use of these same weapons are no less important than the weapons themselves. For example, the "obsolete" Soviet cavalry divisions showed themselves very well in the Great Patriotic War (but it is not customary to talk about this — old ones).

Therefore, in itself, rearmament on the Armata, T-50 and later on the list is unlikely to solve all the problems of the Russian Armed Forces. After all, the Crimean War, for example, won first of all not rifled guns vs smooth-bore and not steel steamers vs sailing ships (as is customary to think), but the general production and logistics capabilities of the British and French empires. And in World War I backward Russia suffered not from the absence of some “vundervaffe”, but from the banal lack of shells to the existing artillery systems. And from the lack of full-fledged heavy artillery, oddly enough. So everything is simple, went and to some extent corny. Although there are exceptions: for example, the Dreyse needle-rifle, the Austro-Prussian war and the battle of Königgrätz (Sadovaya).

Ctrl Enter
Noticed oshЫbku Highlight text and press. Ctrl + Enter
We are
Commentary on A. Petrov's interview “Fire and Tactics in the Russian Army: Another Look”What you didn't want to know about England
Military Reviewin Yandex News
Military Reviewin Google News
195 comments
Information
Dear reader, to leave comments on the publication, you must sign in.