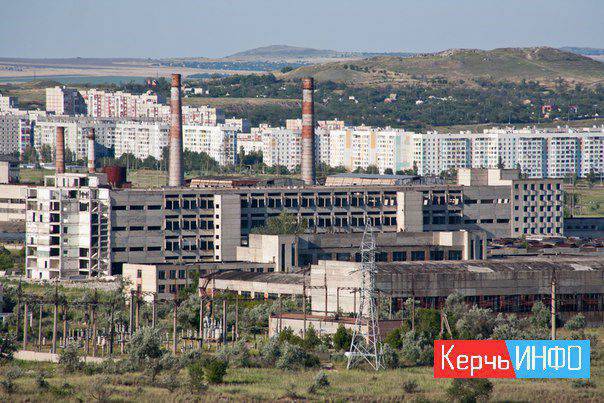 The work team of OJSC “Albatross Plant” prepared a text of the appeal to the President of the Russian Federation Vladimir Putin. It states:

The staff of OJSC Albatross Plant appeals to you with an open letter asking you to take measures to prevent further, final destruction of the buildings of the Plant Albatross OA plant and to understand the continued non-payment of wages dismissed to employees of the enterprise in violation of the Law with 2000 year to the present.

While in the state of Ukraine, the plant was plundered, but not completely destroyed.

The list of enterprises of the military-industrial complex formed by the Russian military department that may be involved in the implementation of the state defense order of the Russian Defense Ministry includes the Albatros Plant OJSC, the city of Kerch. But despite this, the bankruptcy procedure continues and the tendency to the destruction of the enterprise continues.

Appeals to all instances of the Republic of Crimea and measures taken by the workforce to preserve the plant and the possible resumption of production are simply ignored.

We, as a labor collective, addressed 6 November 2015 of the year to the Anti-Corruption Bureau of the Republic of Crimea. According to information from this organization, in 2014, funds were allocated for the reorganization of OJSC Albatross Plant. I would like to receive more detailed information and an explanation: why in this case the arrears of wages to the labor collective are not closed? And what does the reorganization (restructuring) program envisage if ongoing destruction takes place - just a demolition of buildings?

On behalf of the staff of OAO Albatross Plant, Kerch, we ask to intervene in this situation and take action.

We ask to ensure an objective investigation by law enforcement agencies; clarify the intended actions for the preservation of the plant, determining its legal form of ownership; affiliation to the military-industrial complex or conversion to produce products necessary for the Crimea.

We hope that with this appeal we will be heard.

On behalf of the workforce of Albatross Plant OJSC - Vladimir Volchensky, Chairman of the Industry Committee of the Department for Public Assistance to the Development of the City of Kerch Russian Community "

Help site KerchINFO: Instrument-making plant "Albatros" was one of the most successful high-tech and innovative enterprises in Crimea. Its production activities began in 1985. It was intended to work in the interests of the Navy fleet USSR and was subordinate to the Ministry of shipbuilding industry of the USSR. The main nomenclature is the radar stations of the near boundary of the protection of surface ships from air targets. The volume of defense production was planned at 95%. Consumer goods were produced, in particular, televisions, processor telephones, electric mixers, electronic electricity meters, etc. The plant became a city-forming enterprise during the construction of new Kerch microdistricts.

While in the state of Ukraine, the plant was plundered and destroyed, but not completely destroyed. The decisions of the Presidium of the State Council of Crimea on the suspension of the bankruptcy of industrial enterprises, including the Albatros plant, a moratorium on the sale of its property, saved the company from final destruction.

But further events and the progress of the bankruptcy procedure and the actions taken by law enforcement agencies and the arbitration manager are alarming and give the right to question the general desire to comply with the Resolution of the State Council and subsequent decisions of the Council of Ministers. Appeals of the labor collective's initiative group to the Economic Court, the Ministry of Property and Land Relations, the Ministry of Industrial Policy, the Arbitration Manager, the Chairman of the State Council of the Republic of Kazakhstan, the Head of the Republic of Kazakhstan, the Prosecutor of the Republic of Kazakhstan do not arouse interest and participation in reviewing and deciding on the safety of the plant and possible decision on resumption of its activities. Hiding data on the form of ownership of the enterprise. The dismantling of the building continues, the tendency of its closure and destruction continues.

In December, the 2015 of the year ends with the bankruptcy proceeding management, and the liquidation procedure begins!

The situation with the plant "Albatross" today is paradoxical. While the President of the Russian Federation announces the modernization of the economy, the government reviews and approves programs, there are changes in civil society and public relations, the growing importance of democracy, the plant is destroyed during formal review and formal replies, under the guise of references to laws and incompetent management of local authorities .

Ctrl Enter
Noticed oshЫbku Highlight text and press. Ctrl + Enter
We are
Open letter of veterans of UKBTM to President Vladimir PutinList of destroyed the largest and most high-tech enterprises
Military Reviewin Yandex News
Military Reviewin Google News
164 comments
Information
Dear reader, to leave comments on the publication, you must sign in.