Pavel Dremov. Another bucket of problems and lies

December 14 2015
53
The fact of what happened on the road Pervomaisk - Stakhanov hardly surprised anyone. After the execution of the cerebral motorcade, one does not have to be Vanga to predict that such a thing would happen to Dremov sooner or later. Many predicted, quite openly. I can not say that they nakakali, everything is natural. 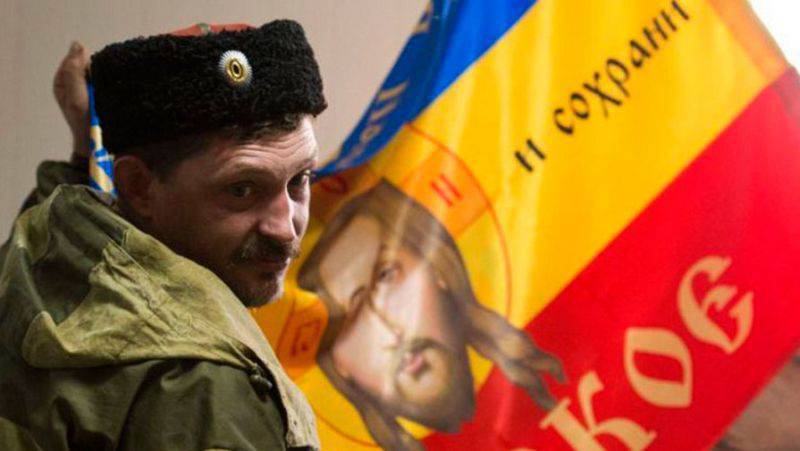 However, a lot of questions arise.

We will begin, however, with the versions according to the “who benefits” plan, as we have already done it more than once. And we venture to clarify the picture. So, first about the versions of what happened.

Versions that will now be heard.

Naturally, it has already been voiced by official sources. It is clear that it cannot withstand any criticism, since this elusive but effective RDG with amazing clarity destroys the most charismatic militia leaders. And, by a strange coincidence, consisting, if not in direct opposition to the existing regime in the LC, then not from frankly loyal.

2. Personal revenge of someone close. Or "order", filled with the hands of "their".

Under the "approximate" refers to the inner circle Dremova. There is no doubt that, as in the case of Mozgov, there are those involved from the closest environment. You can yell a lot about the fact that the Cossacks have honor and conscience in place, but someone could put VU into the ataman’s personal car?

Of course, if Dremov threw his car in the central square of Stakhanov open for the night, then there were no questions. Any fool could carry out his plans. This, of course, is nonsense. But only a person who was not suspicious of the guard could do this. But to this we will return a little lower.

3. Accidental explosion of ammunition through the fault of Dremov himself.

Already also voiced. And the depth of idiocy voiced strikes. Yes, there is nothing better than having fun on the second day of the celebration in a car with a grenade. Well this is a favorite play of the Cossacks!

Also discuss with might and main. There are both pros and cons.

In order to clearly place the points and emphasize priorities, we decided to draw our scheme of what happened, based on both personal knowledge and information obtained from there.

Let's start with the fact that the wedding of Dremov took place on December 5 in St. Petersburg. Ataman is a thorough man and acted according to the law. That is, registered where it is legally binding. But not to “cover the clearing” for one’s own people is not Cossack-like. And an additional celebration was scheduled already in the LC.

We emphasize the fact that the time for preparation was the car.
It is not hard to believe that VL was laid on one of those days that Dremov was in St. Petersburg. Regardless of whether he drove her to Peter, or the car remained in Stakhanov. Exposure time too long, likely to be detected.

And the fact that the slave was laid, most likely, on the first day of the festivities, this is most likely. For the work facilitates the natural mess accompanying such events. And even more so, "feast by the mountain" for the whole regiment and invited guests. They didn’t bring it, they forgot it, they didn’t meet anyone and didn’t do it, and so on. Turmoil and movements abound.

We believe that the slave was planted by one of the invited guests. The likelihood that this was done by the Cossacks is small. But not swept aside. The "sleeping cat" could well have taken place among the Cossacks of the regiment.

The location of the VU under the passenger seat, where Dremov should sit. Duplicate fuse. Timer and radio. What worked, just do not say, just do not know whether there were escort vehicles. Most likely they were. Well, not taken in the LC without a guard ride. Times are not the same. Although, as practice shows, and security is not an assistant often. So the explosion control could occur both from the roadside ditch, and from the car in the tuple.

Although the terrorist option is quite suitable. It means VU with a phone-fuse. The investigation may find the remains of the mobile in the car. Or maybe not find it. Or find, but will not say. But in any case, some kind of external control unit will be found.

Very well chosen location of the explosion. Almost in the middle between Pervomaisk and Stakhanov (Irmino). This allows you to cut off possible medical care, and the time to leave the observer car. The place seems to be absolutely open, but the forest belt to the right of the road (200 m) and the forest trail to the left (150 m) allow one to secretly place an observer. And the waste options are just a wagon.

We are confident that on Monday the Ministry of State Security of the LC will find any confirmation of the work of RDG IEDs. But all this is nonsense. Just because there was no control explosion or shelling. So the troops do not work. We already sorted an example of regular working off. This is Brainstorming. And here it is more like the way it is taken to “understand” in the criminal sphere.

More likely, by the way, to the explosions in Donetsk, when Assistant Pushilina died first, and then Secretary Zakharchenko was injured.

The most important thing. Causes of destruction.

1. Someone at the highest levels was very tired of dealing with Dremov, the results of cooperation in the sale of coal.

It is likely version. Dremov saddled a very peculiar area in terms of coal mining and transportation. And if you dig up the events of a year and a half ago, then Brainstorm cursed with the Cossacks on a coal theme. Yes, and from other commanders often "flew."

Cossacks in the open accused of trading in coal. But then it somehow subsided, apparently agreed, found common denominators and everything calmed down. However, this does not mean that they stopped trading and protecting themselves. Coal is the bread of Donbass, and from time immemorial (from Kuchma) who sat on the corner, he sat comfortably.

It is a viable version.

2. Before the start of active hostilities, you need to remove those who can really resist the APU. Or really can withstand the authorities who do not want to resist the APU.

Here in the heap are two our opinions, the essence of which boils down to one. Indeed, Dremov is the last of those Mohicans who could say to the authorities "go to, to, and on, we will stand to the last." And be a role model for the rest. More candidates from among the field commanders, we do not observe, to be honest.

Yes, the regiment in 1200 man is not God knows what unit in today's reality. But the Brain was removed when a man remained in the battalion size from the brigade at 2500. And then the regiment ...

In general, if we consider the version of the battle against those who will intervene against the "word" - quite to themselves.

3. Eliminate the Cossacks as a disturbing factor. Yes, a lot of claims to the Cossacks. And the option is possible, when left without a clearly defined leader, the Cossacks will begin to be willful following the pattern of the past year. And this will be a pretext for the elimination of the Cossacks in the LC. That in today's reality is not so difficult to perform. The Scenario is DEFENSE "Odessa", and in a month nobody will remember about some 6 regiment of the militia.

Alas, but this is a matter with more tingling than killing the Brain. And the resonance will be more serious. It is not known yet who will be at the head of the regiment now, but possible clashes tomorrow between the army of LC and the Cossacks will be natural. So, and the elimination of the Cossacks as a fighting force in the LC.

Ctrl Enter
Noticed oshЫbku Highlight text and press. Ctrl + Enter
We are
For which they killed Alexei Brain. Results of the investigationSix versions of the reasons for the assassination attempt on A. Brain
53 comments
Information
Dear reader, to leave comments on the publication, you must to register.