There are two wounded in the house ...

December 15 2015
4
Recently, on the "Military Review" I published history, told to me by Lipetsk teacher Albina Vsevolodovnaya Tersky. It was about the mother of Albina Vsevolodovna, Serafime Ivanovna Davydova, whose youth was spent in the village of Bogatyryovo, Kursk region, for half a year occupied by the fascists. 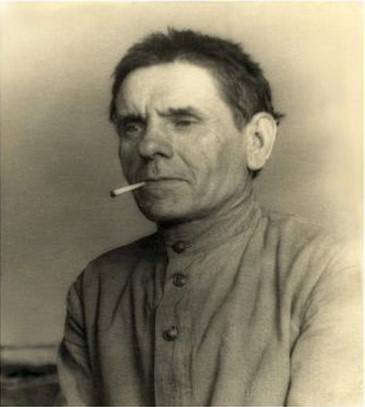 And now - the second story, no less piercing.

... Albina Vsevolodovna's grandfather, Ivan G. Davydov, was born in the 1897 year in the village of Bogatyryovo of the Voronezh province (now it is the Kursk region). The family was big: seven children - five boys and two girls. Parents died early, and orphaned brothers and sisters grew up with an aunt in a small hut on the edge of the village, not far from the forest.

... Quite a young kid Ivan was taken to the soldiers - to the imperialist war. But it did not take long to fight: the revolution began.

Immediately after the revolution, Ivan married Natalya Semyonova - his fellow villager - also from a poor orphaned family from another street, which was called Plant. In 1922, Ivan and Natalia had a daughter, Sima, and in 1924, Tosya. In 1939, Ivan Grigorievich is again at the front - already at the Finnish war.

He was taken to the Great Patriotic War immediately after the announcement of mobilization. I got to the Volkhov front - he acted from December 1941 in the north-west direction to solve important problems in the battle for Leningrad.

In the summer of 1942, Ivan Grigorievich was wounded in the leg. Shot fascist sniper. The tracing bullet pierced the bone and stuck in it. Wounded lay in the heat, bleeding profusely. Consciousness went away. And the sniper was waiting for the next victim: after all, one of the Red Army men will certainly try to save a comrade. Only under the cover of night, the fellow soldier could crawl up to the dying man. Carefully turned him onto his back and crawled back. Very slowly - because the wounded is heavy, and so that the sniper does not notice. Managed ... The wounded man was alive ...

During the war, Kotelnich became the city of hospitals: there were four of them here, and all had a general surgical profile for the treatment of limb injuries.
And the native village of Ivan Grigorievich, Bogatyryovo, where the telegram came from Kotelnich, has been occupied since August 1942. And only after the liberation of the village from the fascists in February 1943, a question came in from Kotelnich whether the family of Ivan Grigorievich Davydov was still alive. The answer was given: alive!

So 3 March, March 1943, Ivan Grigorievich returned home from the hospital. And here…

Sick wife. Hut with a burnt roof. Unleashed barn sheds. The garden is full of explosive craters. And hunger ... Germans and policemen slaughtered chickens and sheep. Only a cow remained from domestic living creatures: the Germans loved “milk” and did not shoot the cow. So she wintered in the halls. But when battles were fought outside the village, the cow was wounded - a fragment shattered the wicker wall of the wall. So now there were two wounded in the house: a front-line master and a horned nurse.

... Spring 1943 of the year was difficult. Melted snow - soon begin plowing. The first weed was kicked out of the exhausted, frightened cows left in the village. They had to work, because there was no other force. A cow Davydov could not work. And then in the village council 19 of April 1943, Ivan Grigorievich was given a certificate stating that the red-pockled cow is sick - damage to the femur by a splinter. She was released from work for more than a month - until May 27. The document was signed by the chief assistant Zvyagintsev. 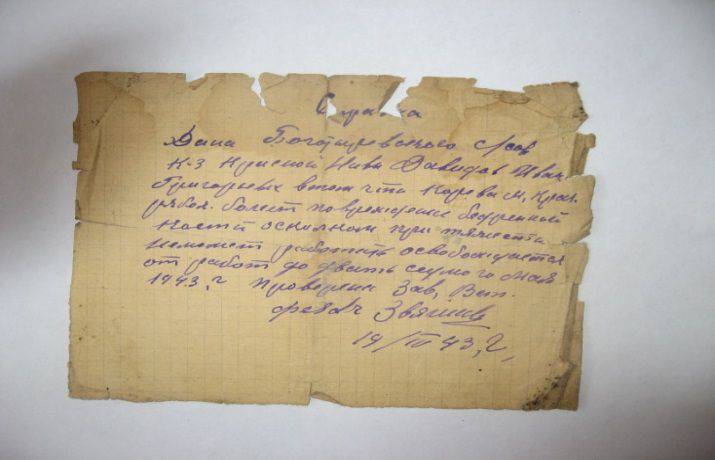 But the land is waiting ... I had to Ivan, relying on crutches, to carry on myself a plow, and then a harrow. There is no one to help. The eldest daughter, Sima, was too weak after the experience: her, Komsomol member, was taken by the Germans. Wife Natalia Afanasyevna seriously ill. From her grief and fear, from tears and worries from her, a strong village woman, tempered at an early age on the manor, and then on the collective farm fields, her legs were weakened — she almost could not walk. The younger daughter, nineteen Tasya, was taken to the construction of the railway Stary Oskol - Rzhava. This branch was required to be built very quickly in order to ensure the uninterrupted supply of military equipment, ammunition and everything that was required to the front — a battle was being prepared on the Kursk Bulge ...

Looking ahead, I will say that the story of a wounded cow received its unexpected continuation in our time. Several years ago, Albina Vsevolodovna appealed to the Village Council of Bogatyryov for certain documents. And there suddenly appeared a business book for the 1943-1954 years. In such books, each owner was annually recorded, what he sowed in his garden, what kind of living things he had and how much of it, even the amount of meat delivered to the collective farm pantry. On the page of the book, which reflects information about the economy of Ivan Grigorievich Davydov, in the column “Meat-share. Cattle "means:" 1943 year. 40 kg. Where did the meat come from at that time, but from a slaughtered wounded cow? However, in the "Calves" column in the period before 1 July 1943, the mark "1" is noted. Hence, the wounded cow calved, but could no longer walk. I had to kill her. Apparently, there was simply no other way out, because not a single owner will cut the cow “on the grass” for no reason, when she can already graze. 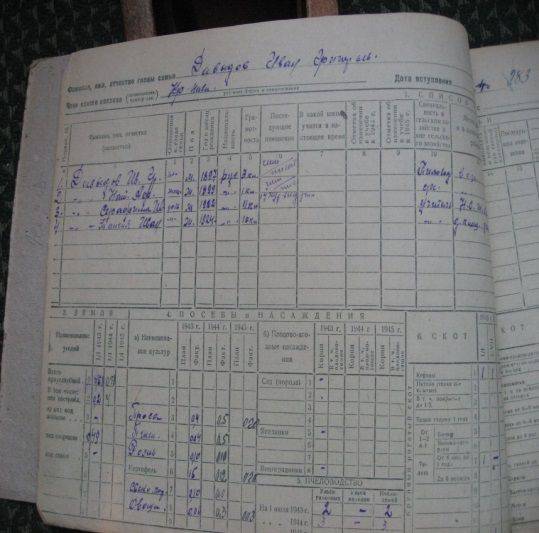 ... The leg of Ivan Grigorievich, disfigured by injury and numerous operations, hurt all his life. And Natalia Afanasyevna after the war, doctors discovered a severe heart disease.

From the war from the peers of Davydov, Ivan Grigorievich, from those who were called along with him, two more returned to Bogatyrev: Ivan Petrovich Sergeyev and Vasily Vladimirovich Gladkikh (Volodich, as his fellow villagers called). Ivan Petrovich lived with his family on the outskirts - on the villages. He was a tall, thin man. Sometimes he came to visit Ivan Grigorievich, and they talked for a long time. And Volodich worked as a stockman on the collective farm.

Albina Vsevolodovna found information about the awards of Vasily Vladimirovich Gladkikh in the electronic data bank “People's Feat”. Here is an extract from his award list: “18 February 1944 of the year in the area of ​​Shyshek when performing the combat task of building a permanent telegraph line under intense enemy mortar fire, working as a top, tied up the 84 span of wires, ensuring timely communication to parts of the 3rd Rifle Corps.
30 March 1944 of the year in the village of Rogovo under strong artillery fire of the enemy. Smooth at night unwound 74 overflight wires during 2 hours, ensuring the early construction of a permanent telephone and telegraph line.

20 March 1944 of the year in the area of ​​Lopatikha-Filatkovo when performing a combat mission, working as a horseman, i.e., Smooth equipped the 104 with a single chain post, having completed the task ahead of schedule.

Conclusion: for the dedicated work of building a telephone and telegraph line under the mortar artillery fire of the enemy and the early fulfillment of the combat tasks of Comrade. Smooth are worthy of awarding the medal "For Military Merit." 5 April 1944. "

... Few veterans of the Great Patriotic War survived. And in the village of Bogatyryovo 9 in May 2015, at the mass grave at the crowded solemn meeting devoted to the 70 anniversary of the Great Victory, there was only one single veteran - he recently turned 90 years ...

Ctrl Enter
Noticed oshЫbku Highlight text and press. Ctrl + Enter
We are
Sons of ivanThe Great Battle of Kursk: a defensive operation by the troops of the Voronezh Front. Part of 4
Military Reviewin Yandex News
Military Reviewin Google News
4 comments
Information
Dear reader, to leave comments on the publication, you must to register.