In the LC, the Cossack chieftain Pavel Dremov is killed

December 12 2015
131
In the area of ​​Stakhanov, a well-known militia commander, Platov regiment commander, Cossack ataman Pavel Dremov was killed. This is reported by the special correspondent of the "Russian Spring" in the LC, reports "Russian Spring». 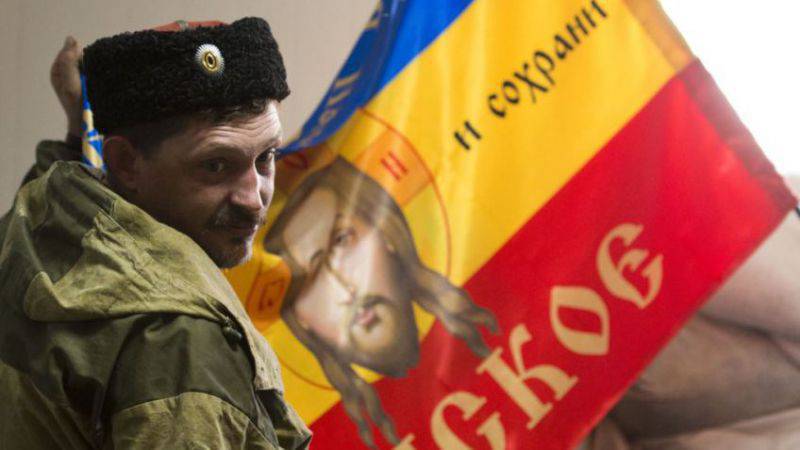 11 December Pavel Dremov married a resident of St. Petersburg, and today he was killed after weddings in the Nika restaurant. Celebrations continued the second day.
On the way from the city of Pervomaisk to Stakhanov, his car was blown up near a gas station, the driver of the chieftain was seriously wounded and died without regaining consciousness.
Later, the Prosecutor General’s Office of the LNR confirmed the information of the “Russian Spring” about the death of the commander of the sixth separate motorized rifle Cossack regiment (named after Platov) of the People’s Police of the LPR Pavel Dremov.
Ctrl Enter
Noticed oshЫbku Highlight text and press. Ctrl + Enter
We are
Reports from the militia of New Russia for 7 September 2014 of the yearReports from the militia of New Russia for 2 September 2014 of the year
Military Reviewin Yandex News
Military Reviewin Google News
131 comment
Information
Dear reader, to leave comments on the publication, you must sign in.