What does the coming barrel prepare for us? ..

December 14 2015
92
For the first time since December 2008, oil prices have collapsed below 38 dollars per barrel. It is a period of time with such oil quotes 7 years ago was considered the bottom of the global financial and economic crisis. Where the bottom of the crisis is, and whether the current crisis is really global, argue, both leading economic experts and amateurs argue. And, taking into account the fact that the economy has long ceased to somehow remind science with working laws that do not depend on the political situation at all, disputes reach lethal temperatures.


It was officially announced that the slump in oil prices was related to the forecast of the International Economic Agency, which announced that supply would prevail over demand throughout the entire 2016 year. If so, then the previously announced forecast of the Russian Ministry of Economic Development and Trade that oil prices will creep up at the beginning of next year and may reach 60-70 dollars per barrel in the medium term, do not look feasible.

On the other hand, the IEA forecast itself can hardly be called adequate to the current realities. The American shale oil market collapsed. The oil shalers themselves began to experience serious problems even when oil prices were at the level of 55 dollars per barrel. At that moment, reports came from the United States that if oil sank to at least $ 50, then not only small and medium-sized shale players would have to go under the knife, but also the slate segments of large oil-producing companies.

With oil prices below $ 40 per barrel, slate offices began to burst like soap bubbles due to the fact that there would be no question of any profit at such prices for “black gold”. Investment in development is much higher than the income that shale oil at this price level can give.

In addition to the bursting of shalers from the same States, strange (at first glance) messages began to arrive. The thing is that several large oil companies operating in the shale sector have immediately announced a reassessment of proven reserves. It turned out that, for example, the reserves of Oasis Petroulem were adjusted by about a third downward, the reserves of Bill Barrett and Chesapeake Energy were minus 40 and minus 45%, respectively. Previously, companies reported "giant reserves of shale oil" and the beginning of the process of developing it before 2020. But why, if in the end it turns out that these and other companies do not have any huge reserves of oil-bearing shale?

Everything is very simple. The fact is that under the reporting of large reserves of shale oil companies received considerable funding for the development of fields. Moreover, the "shalers" had the opportunity of preferential loans for their business projects. Now, when extracting shale oil becomes, to put it mildly, unprofitable, “shalers” are forced to declare that there really wasn’t much shale oil, there’s no point in working with such “meager” reserves - thanks to everyone, goodbye! ..

In the end: fraudulently received money, oil prices collapsed, shale projects in the chain reaction mode are minimized, transferring existing financial reserves to other business developments. By and large, it smacks of obvious fraud, but not in the United States. Companies have done their work by forcing non-shale players not to reduce production, so as not to trade a competitive partner and not lose their profits. But was the "partner" competitive? ..

At the same time, not without a certain kind of half-conciliation-Washington's semi-competition with “partners” from the same Saudi Arabia managed to achieve the main task - to hit the oil market, which primarily hurts the countries whose lion’s share of oil sales and gas. Russia, as it happens, among these countries. Yes, Saudi Arabia is also among them, and Riyadh is more active than others to burn its reserves, but then the game seems to follow the formula “who will be the first to stretch their legs” if the cheap barrel becomes a new economic reality. 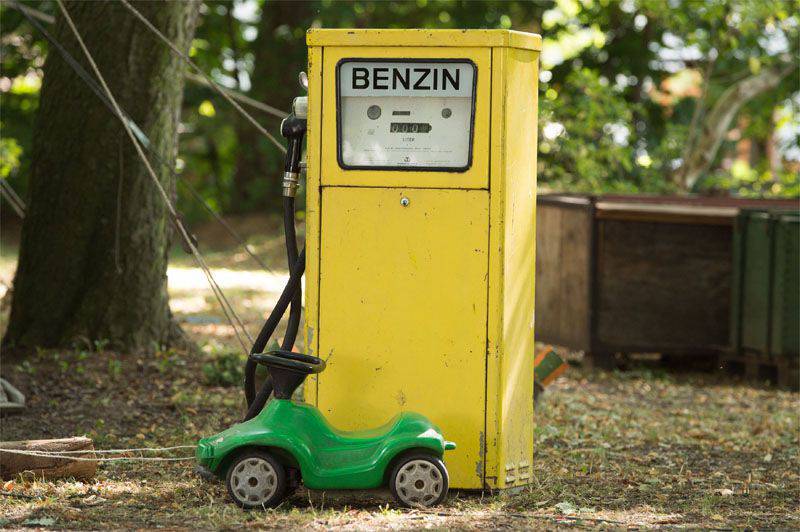 The economic sector of the Russian Cabinet might have wished that it was his prediction that came true - about the rise in oil prices from January of next year, and that the opportunity to lie back in leather chairs could be ticked in the budget items filled with rivers of petrodollars . But as they say, not everything is so simple. With all this desire, it’s just necessary to keep in mind the option of oil eventually getting the price of mud poured onto the ground. It is clear that there are no objective reasons for such a pricing policy, but when did objectivity prevail in the world? If against the background of the growth of the largest economies of the world (USA - about 3%, China - 7%, India - 6,6%), the global economy reduced its performance to the same level as 2008 of the year (on average, growth makes 2,4%), then it is even a bit silly to expect that oil will “skip” tomorrow and pull the Russian economy at least to the level of zero decline (zero growth).

And here, for the thousandth time, it is time to ask: how many more artificial, natural and frankly far-fetched crises need to be survived, so that some people began to realize the following: to rely on the petrodollar in terms of its obvious control over some people - this is not economic policy, in which Russia shines real, and not declarative financial independence. In those laws for which the current economic model exists (laws of investing in dollars as the main reserve, laws of praying for a barrel of oil, laws of the largest investments exclusively in commodity projects), even if it is possible to achieve some growth in the near future, then it will again fit into the framework of statistical error.

The economic policy of the aforementioned format looks all the more strange, given the fact that the barrel of oil and the game with raw materials have become neither an economic nor a political tool today. And not even yesterday. This tool, which is being tried again and again as the “law of objective economics”, has been used periodically by 40 for years. During this time, the Soviet Union managed to disintegrate, during which time the “democratizers” managed to do things in Iraq, Libya, Syria, and put the monarchy of the Arabian Peninsula with mutual parasitism under a certain angle. But for some reason, all these events are either ignored by our economic geeks, or geeks every time they believe that this will never happen again.

Meanwhile, somewhere over the province of Deir ez-Zor, a US coalition bomber again missed the oil production and oil supply sites DAISH and "unintentionally" pleased the Syrian government army's location ...

Ctrl Enter
Noticed oshЫbku Highlight text and press. Ctrl + Enter
We are
Oil: how optimists were mistakenSituational analysis of the death of the MH17 flight (Malaysian Boeing 777), made on the basis of engineering analysis from 15.08.2014
Military Reviewin Yandex News
Military Reviewin Google News
92 comments
Information
Dear reader, to leave comments on the publication, you must to register.