December 14 2015
52
Turkish authorities are expelling Russian journalists from the country, the media is witnessing a new round of rumors about Ankara’s planned creation of a security zone in northern Syria, and Russia is sending a Pacific cruiser to the coast of Latakia fleet Varyag, a ship of the same class as Moscow, which in turn will return to Sevastopol. At the same time, the Rostov-on-Don submarine strikes cruise fighters with cruise missiles, simultaneously sending a warning to the "Ottoman Sultan." That was only one day, namely December 8, 2015. The escalation is slowly but surely continuing. Although in words both sides advocate reconciliation, their actions suggest otherwise. 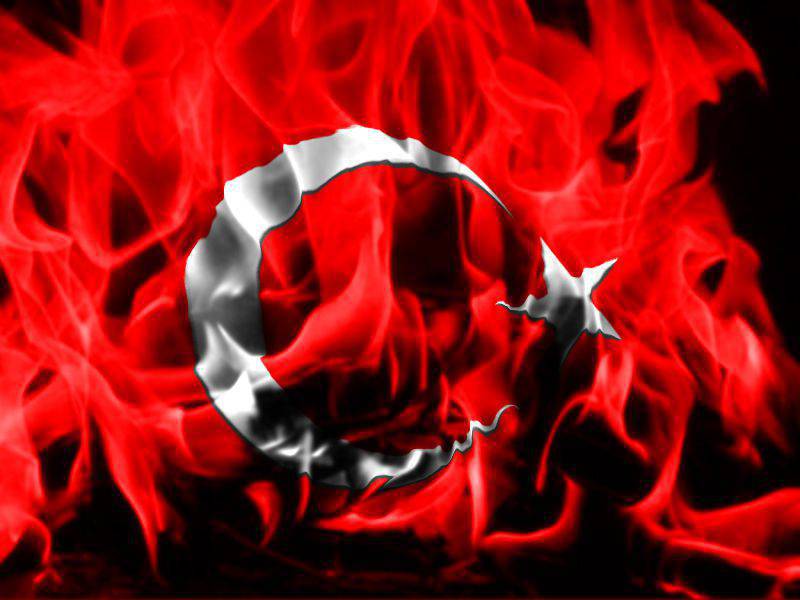 Quite a few people express sincere bewilderment at how quickly our relations deteriorated, but in reality everything went to the current situation for a very long time. The contradictions were not so serious that they could fight because of them, but it was already clear then that only war could resolve them in the future. For example, in the nineties Turkey, repeatedly changed the regime of passage through the straits, introducing provisions that directly contradict the Montreux Convention (you can read about them separately in thematic articles). At the same time, Ankara actively supported the terrorists in the Caucasus, who were generously supplied with NATO equipment and were treated on the warm Mediterranean shores. If the annexation of the Crimea in 2014 caused an acute hostility to our southern neighbors, then the direct intervention of Moscow in Syria literally infuriated them, which sooner or later would manifest itself in one form or another.

The attack on the Su-24 was only the beginning of a major shift. As noted earlier, Ankara wants to create a “security zone” in the northern part of Syria through a direct invasion, where, if successful, militant camps and tent camps will be relocated for their family members, which are now located directly on Turkish territory.

Such a Turkish plan puts an end to all Moscow’s efforts to save the current Syrian government, since the war will turn into meaningless - new parties of militants will constantly attack from the pro-Turkish enclave. The only chance is to bomb directly invading Syria Tanks and armored personnel carriers, which constitute legal booty for our bombers and attack aircraft. And NATO is unlikely to be active, because if a member of the alliance climbed into the territory of a neighboring country and suffered losses there, then "no one is to blame for him." Not an insured event, as they say.

Another scenario is possible. Its implementation would be madness on the part of Ankara, but after the attack on the Su-24, this option should also be considered. Namely - the attack of the Turkish Armed Forces on the Russian bases in Syria and ships in the Mediterranean. Of course, this is already a big war (only Russian-Turkish, since NATO will immediately disown such an ally), but there is a reason for the current Turkish regime - the rise of a wave of nationalism inside the country, as well as “clearing the field” for actions in Syria . Bonus comes overlapping straits for Russia.

True, the pluses end there. Russia's retaliatory strike can significantly destroy both the enemy’s fleet and its Aviation, not to mention the fragile civilian infrastructure like power plants, telecentres and treatment facilities. It is not in vain that our pilots and sailors used expensive cruise missiles on Islamists so many times that they launched from a distance of thousands of kilometers. It is now clear that the point was not in the destruction of carts and sheds, but in practicing actions against a specific organized enemy. Obviously, even before the Su-24, the Russian General Staff was suspected that a collision was inevitable.

In a direct clash, both Russia and Turkey have their strengths and weaknesses. In the same time история More than once, she argued that war is not a competition for more tanks, airplanes, or ships. War is a clash of economies, management systems, and most importantly, the readiness of every nation to make sacrifices. In other words, the war wins, among other things, the one who wants to win more.

Another field of confrontation between Russia and Turkey is in the Crimea, where Ankara has a powerful ally in Kiev. According to scattered information from the blogosphere in the Kherson region, not only militants of the Majlis gather, but also military experts from the Turkish coast, who are going to organize an armed "Crimean Tatars uprising against the invaders" in the Crimea according to the "People's uprising against Assad" in Syria. At the same time, from the north, “to help the insurgent people”, through the Perekop, the Ukrainian army group beats ... 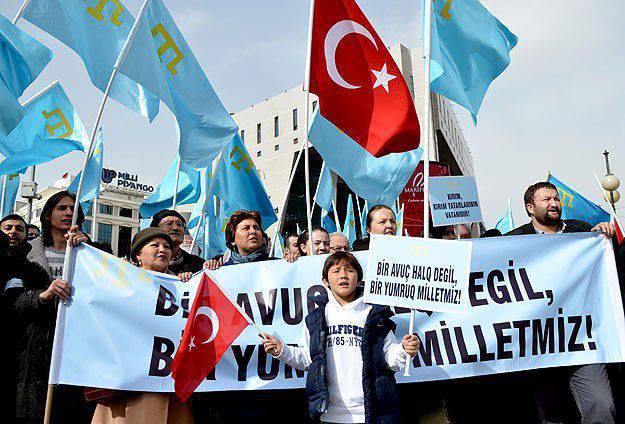 The possibility of such a scenario, in principle, is, however, it is furnished with a large number of various "buts". The most important of these is the condition of the surrender of Donbass under the Kiev authorities, with the mandatory transfer of the border under the control of the Ukrainian army - namely the army, not the border guards. Only after this, the Ukrainian Armed Forces will free up their forces for the Crimea, given that they will have to leave some kind of grouping in the Donbas, as well as near Transnistria and directly in Kiev.

In general, of course, the Ukrainian direction is a separate field for analysis, although we now simply have to take into account the Ukrainian-Turkish coordination. Indeed, in the event of a serious aggravation on one of the fronts, a blow may follow on the other.

Turkey is an active member of NATO, so everything that happens in the alliance now has a special meaning. So, the day before the invitation of Montenegro, and specifically 1 December, another important event occurred. The NATO foreign ministers decided that hybrid attacks could be the reason for the application of the NATO collective defense article, as NATO Secretary General Jens Stoltenberg said at a press conference following the meeting. The decision is amazing and insane at the same time, because it changes the entire architecture of the alliance’s actions since its inception. Previously, under aggression against one of the NATO members, a very specific set of actions by an external force was considered. Let the individual points from this set could be interpreted widely enough, but on the whole they at least made sense. “Hybrid war” is a concept so abstract that it doesn’t even have a normal academic definition, let alone scientific research on what is considered a “hybrid” attack, and what is not. The absence of such a definition leaves an incredible scope for interpretation. And it is clear that the same people who determine the degree of “democracy” of this or that country will give an assessment. Now the world war, which global bankers dream of, can arise even without a special reason. Under the definition of "hybrid attack" can get, say, the events of the "Bronze Night" 2007, in Tallinn, where there were as many as two elements of the so-called. "Hybrid war": mass protests and cyber attacks.

It is very easy to provoke such events again, as it is easy to blame Russia for what happened, naturally, without presenting any evidence. Since Latvia and Estonia, where such events are in principle possible, remain members of NATO, the consequences of a new interpretation of the defensive alliance are not difficult to imagine. The Baltic-Kaliningrad direction is still only being prepared for provocations, and this is an extremely slow matter, but it would be highly unwise to ignore what is happening.

The tangled story of an attempt to ram a Russian patrolman "Sharp-witted" by a Turkish seiner only splashed oil into the general flame. Similar incidents, according to our sailors, have happened before, but mostly either in the Bosporus or in the Sea of ​​Marmara, but never in the Aegean Sea, where Greece’s unofficial responsibility zone begins. If the goal was to raise the degree of tension, then it is certainly achieved. The crews of Russian warships, passing through the straits, are forced to take into account the fact that they are in the waters of a hostile country. On the part of the Turks to our Navy - a similar attitude. The risk that someone will lose their nerves rises many times over, not to mention the wide possibilities for provocation on the part of third parties.

As a result, we have a rather frightening picture. If earlier it was possible to carefully draw up a planning horizon for about a year, now it is a maximum for a quarter, and then with many known reservations. Events in the world are developing according to the most unpredictable scenario, drawing in all new players, so forecasts made today can fly into the basket in a couple of weeks.

Ctrl Enter
Noticed oshЫbku Highlight text and press. Ctrl + Enter
We are
Results of the week. “Everything will go like clockwork: at first — in the evenings — singing, then pipes will burst in the toilets ...”Syria: Americans scare themselves, and Asma Asad buys chairs
52 comments
Information
Dear reader, to leave comments on the publication, you must to register.