S. Glazyev: “The policy of demonizing the rejection of us in the XVI century” 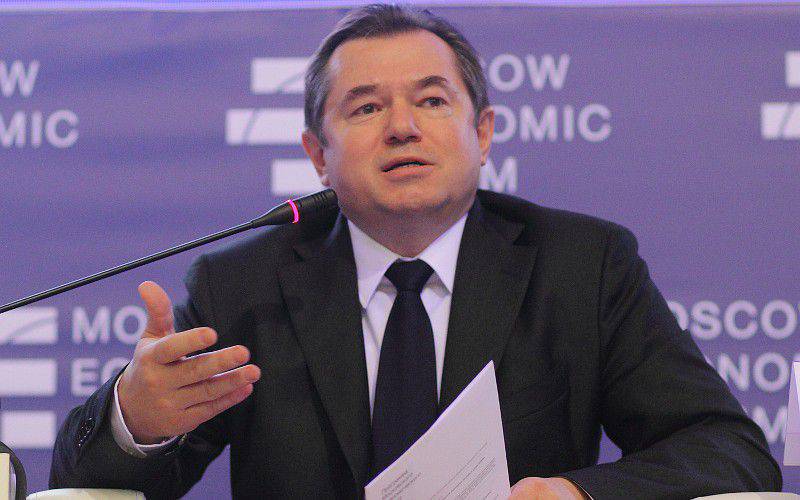 It is necessary to separate the economic laws spelled out in textbooks and the laws of real life.

The Second International Forum “In Search of Lost Growth” was held at the Financial University under the Government of the Russian Federation.

The main agenda of the event was the current situation in the Russian economy.

Known throughout Russia, experts tried to find the answer to the question, how to return to sustainable economic growth?

The ruble exchange rate falls along with the price of oil, prices on the contrary rise, and wages and pensions are not indexed. The wallets of an ordinary Russian citizen are getting empty every day, and accordingly the number of poor people in our country is growing.

In itself, all this is not newsIt was much more interesting to find out what the representatives of the establishment think about this.

The journalist of the KM.RU portal Elena Longa prepared an overview of the most significant moments.

Of particular interest was the report of Sergei Glazyev. He did not just declare the need for investment in the Russian economy, but gave a forecast for what awaits the economy in the future, if he continues to follow the models adopted by the Russian financial authorities. In his report, Glazyev noted:

“We need to clearly separate the economic laws spelled out in textbooks and the laws of real life ... The first law of economics is that there is no modern economic growth without a loan. And when we are trying to stabilize the economy by credit compression, this means that only those who are very strong, who have already developed, who have an excellent market position, can live.

Those who have opportunities to develop, but who do not have working capital, they can not live a normal life. This is exactly what happened here. Our economy developed when credit was available, when our interest rates declined, and the economy began to fall, when interest rates began to rise.

It's amazing why such elementary laws are not understood by our monetary authorities, it’s enough to look at the profitability structure of our economy in order to understand that the increase in interest rates cuts off most of the industries from getting a loan ...

The Russian company has two options: either to return loans, since it is unprofitable to continue to produce and pay high interest and reduce production, or considering that all this policy was accompanied by the devaluation of the ruble, just raise prices, this applies to high-tech industry, engineering, etc. .

Under these conditions, banks begin to withdraw money from the real sector and send it to currency speculation. The rate of profit today on the Moscow Stock Exchange of the order of 80% from investors, it is not surprising that the volume of operations on the currency exchange grew 2 times this year. This is many times higher than the entire volume of GDP in our country.

Everything happened in accordance with our forecasts. We have no money, so economic growth is declining. The policy of demonetisation that is being pursued today is an archaic policy that throws us away into the 16th century. Today’s authorities use outdated economic models that artificially limit the money supply. As a result, there is no money, and accordingly there is no investment in our economy.

There will be no investment - there will be no growth. As an example, during the crisis of 98, when V. Gerashchenko and E. Primakov did the opposite that the IMF advised, they refused to raise the interest rate, and inflation decreased several times, the industry revived and grew with a record 2% per month. And the question arises, what do our monetary authorities do? In our country, the level of investment in 2 is now less than it was in the USSR. ”

In our opinion, Glazyev offered a more complete explanation of the problems with investments that should contribute to the recovery of the Russian economy. In particular, he voiced the mechanism that allows the industry to provide affordable loans.

It is important that these measures do not involve the uncontrolled issue of currency. Thus, Glazyev responded to critics who believe that lending to the industry would allegedly lead to hyperinflation.

On the margins of the forum, we managed to talk with Viktor Gerashchenko, the ex-chairman of the Central Bank, and we asked him if the extra money in the economy really was scary?

Here is his answer:

“If for money circulation, with the increase in prices that goes, and some indexation in wages and pensions is not enough cash, then they should just be printed and that's it. What is the problem here?

Inflation does not arise because of cash, it arises when the Central Bank, using its emission right, issues additional money, including cash, and lends the economy excessively, then inflationary tendencies arise. A purely cash currency must be kept in amounts that are necessary for remuneration, pensions and benefits. ”

In turn, Anton Siluanov made it clear that the old model of the economy, based on oil revenues, has exhausted itself, and therefore it is necessary to find a new model. According to him, the main investments should be investments in human capital.

The president of the Russian Union of Industrialists and Entrepreneurs Alexander Shokhin sticks to this idea:

“One of the ways out in the current situation, when there is no investment, is to expand development institutions. In particular, the industry development fund, but the resources that the fund manages, and this is 20 billion rubles, is enough for 50-60 projects, which is completely insufficient for the tasks set for the fund. I would like a new law on control and supervisory activities and a law on self-regulation to be adopted early next year. ”

It is easy to see that the speakers have no illusions about the real economic situation of our country. Concrete recipes are proposed for achieving sustainable growth, but with all due respect to the forum participants, it remains unclear who exactly will ensure the recovery and further development of the Russian economy.

Ctrl Enter
Noticed a mistake Highlight text and press. Ctrl + Enter
We are
"Simplicity is worse than theft"What we lost
341 comment
Information
Dear reader, to leave comments on the publication, you must to register.