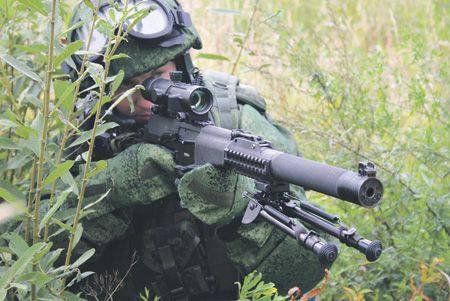 Vintorez, SPS, CP1. Unique samples of small weaponsthat have won worldwide recognition and once again proved the high level of the national design school. But not only this unites them. These and more than a dozen other types of weapons and special technical equipment adopted by various law enforcement agencies were created under the leadership of Peter Ivanovich Serdyukov, a gifted designer who recently celebrated his 70 anniversary.


LEARNED MASTERY IN THE GREAT

After graduating from the Tula Polytechnic Institute in 1969, Peter Ivanovich was assigned to the Central Scientific Research Institute of Precision Engineering (TsNIITOCHMASH). As a design engineer, he was identified as an assistant to Sergei Gavrilovich Simonov. The famous designer at the time created a self-loading sniper rifle.

In 1970, the young designer was already included in the group for creating an underwater gun, led by V.V. Simonov, nephew of S.G. Simonov. At that time, a special underwater pistol complex was being created at TsNIITOCHMASH at the request of the USSR Navy. The work was carried out in two directions - the creation of ammunition and weapons with a jet and active throwing method. For cartridges with a reactive bullet designer D.I. Shiryaev created an experienced pistol. For a number of reasons, it was decided to abandon the weapon with a reactive bullet, but an experienced pistol became the basis for the AO-45 submarine pistol (lead designer V.V. Simonov), whose design of the locking frame and the trigger mechanism was PI . Serdyukov.

In 1971, a special SPP-1 underwater pistol with an 4,5-mm ATP cartridge was adopted by the Soviet Navy. The gun provided, depending on the depth of the dive, the defeat of living targets under water at a distance of up to 17 m and up to 20 m - when shooting in the air.

Following the gun, according to the customer’s decision, the development of an automatic underwater weapon began at TsNIITOCHMASH. As part of the work "Maran-3" lead designer V.V. Simonov developed an experimental underwater firing machine, the AG-022.

The bullet of the underwater cartridge to ensure firing in water has a large relative elongation. The long cartridge extremely complicated its flow from the store to the chamber during automatic firing. It was precisely to create a special design of the store and the development of the power supply system of the machine as a whole, and the work of PI Serdyukov. In the 1975 year, the 5,66-mm special underwater submachine gun APS and the cartridge of the Ministry of Railways were put into service.

One of the first independent developments of Petr Ivanovich, which began in the middle of 1970, was the 7,94-mm special pistol for driving dowels РГ019, created as a part of the Pyrodynamic complex "Shot" for silently attaching mine-explosive devices to various structures under water and in air.

The development of a special PS-1 cartridge was conducted by V.I. Abramov and V.I. Zubachev. The entire complex received the name of WG027 and was adopted for use in 1981 year. The main advantage and novelty of the complex was that it provided a secure attachment of special cargo not only to the steel bottom of the ship, but also to concrete, stone and wooden structures.

In the middle of the 1970-s under the leadership of P.I. Serdyukov also created a pyrofluid complex for the temporary neutralization of living targets "Violet", which was ordered by the KGB to ensure law and order during the Olympic Games 1980 of the year in Moscow. The development of a special liquid pistol PSG engaged N.N. Kuzin, and the liquid cartridge PZH-13 was developed by Yu.N. Tarasov under the leadership of V.A. Petrova. The Violet complex provided aiming and noiseless throwing of liquids with irritants at a distance of up to 6 m. In 1979, the PSG pistol in combination with the RV-13 cartridge was adopted by the special units of the KGB of the USSR.

Simultaneously with a pyrofluid gun for the KGB special forces, a pyrotechnic cutter “Sublimation” was developed. Its purpose is silent interrupting of metal bars with a diameter up to 20 mm. Such a task is required in the preparation of assault operations, for penetration into a protected area or into a protected area and for other specific tasks solved by special units.

Work on the creation of a fundamentally new pyrotechnic complex was also conducted under the direction of PI. Serdyukov. The chief designer of the pyrotechnic cutter РГ022 was appointed V.N. Levchenko, and the special blank cartridge РГ015 - Yu.Z. Frolov. In 1979, WG022 was adopted for the supply of special units of the KGB of the USSR.

Later, using the constructive ideas laid in the “Subliming” and with the participation of P.I. Serdyukov, but other designers have created a small cutter РГ038, which ensured a silent interruption of metal bars with a diameter up to 8 mm. In 1983, a small-sized WG038 cutter with an idle chuck WG039 was adopted for supplying units of the KGB of the USSR.

One of the most significant and well-known developments of Pyotr Ivanovich was the special silent sniper complex “Vintorez” created in the middle of 1980's.

It should be noted that in 1980-x, on the order of the KGB of the USSR, at TsNIITOCHMASH, after conducting a complex of research, the creation of a system of special silent weapons began. The first model of special weapons from this system was the PSS pistol (1984 year), and the second - a silent sniper rifle "Vintorez", the development of which was taken up by P.I. Serdyukov.

Creating a sniper complex was very difficult. Extremely stringent requirements on the mass and dimensions of weapons, ensuring the necessary destructive effect, accuracy and noiseless shooting required extraordinary constructive solutions. In the course of the work, several versions of weapons were created for various cartridges.

Thus, one of the variants of the 7,62-mm rifle under the symbol РГ036 chambered for РГ037 with the total length 815 mm and the weight of the whole 1,8 kg ensured the penetration of the steel sheet 400 mm and 1,6-mm pine board at a distance 25 m. In this case, the combined silencer reduced the sound level of the shot to a value similar to the PB pistol.

However, based on the objectives of the unification of the Vintorez rifle and the Val machine, requirements for which were agreed by the end of 1985, all work on the development of advanced weapons was continued under the new 9-mm special cartridges.

By the middle of the 1980-s for "Vintorez" N.V. Zabelin and L.S. Noble was created a new 9-mm special sniper cartridge SP5 (9x39). The bullet of this cartridge, with an initial speed of slightly less than 300 m / s, has a mass of 16,2 g, which is enough for reliable defeat of manpower in lightweight personal protective equipment (SIB).

Under the new ammunition was created and a special sniper rifle WSS. Sniper complex was adopted by the special forces of the KGB of the USSR in 1988 year. Later the rifle entered service in the Ministry of Defense and the Ministry of Internal Affairs of the USSR. Constructive ideas embedded in these weapons, allowed to create the world's best silent sniper complex, which abroad has not been surpassed today.

Then PI Serdyukov, also as the lead designer, in the course of his work, Val started the creation of a special AS machine gun. For the machine designer Yu.Z. Frolov and technologist E.S. Kornilov developed a special cartridge SP6, with a higher penetrating action than that of SP5.

Automatic AU was the most unified with the BCC rifle. In 1989, it was adopted by the special forces of the KGB of the USSR, and later by other security agencies. Subsequently, on its basis, but by other designers, a small-sized CP3 machine gun was created. 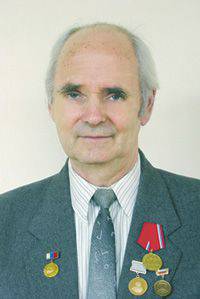 Following after "Vintorez" and very successful development of PI. Serdyukov was the creation of a new pistol, which fell on extremely difficult for the defense 1990-s.

Initially, all work on the creation of a powerful new cartridge and a pistol for it was carried out on the instructions of the RF Ministry of Defense during the work of “Grach”. Tests have shown the superiority of the prototype of a pistol under the new cartridge 9х21. According to the test results, the customer recommended further development of the pistol at the institute under the newly developed pistol cartridge with an armor-piercing core.

However, later, due to economic problems, the Ministry of Defense decided to develop a new army pistol for a less powerful cartridge 9х19. Nevertheless, promising developments in the new pistol were not in vain. They are interested in the Ministry of Security of Russia.

Further development of the pistol complex chambered for 9x21 mm was continued in the course of the “Vector” work, but already on the tactical and technical task of the new customer. As a result, a complex consisting of a CP1 pistol (CP - "Special Development") and a SP10 cartridge (SP - Special Patron), put into service in the 1996 year, was born. This gun is also often incorrectly called the "Gyurza." Although under this name he was offered to a foreign customer.

The experience of using the CP1 pistol has revealed the need to introduce into it a number of design changes aimed at improving its service and operational characteristics. Modernization also involved PI. Serdyukov. In particular, a new design of the magazine latch and fuse buttons was developed, the convenience of using a pistol in winter gloves was ensured.

After upgrading the pistol, the Defense Ministry again became interested in it. As a result, the modified pistol under the name 9-mm Serdyukov self-loading pistol was adopted by the RF Ministry of Defense in the 2003 year. So for the first time in almost a 35-year period of design activity, the name of Peter Ivanovich Serdyukov was used in the name of the weapon he created. But the reason for this is not only in the specifics of the work on the creation of special weapons, but also in the fact that the creation of modern weapons is the work of a whole team of designers, technologists, production workers and testers.

In 2004, the 9-mm CP1М modernized pistol was adopted by the special forces of the Federal Security Service of Russia, and subsequently other security agencies.

By the beginning of the 2010-x under the guidance of PI. Serdyukov created two more modifications of the CP1M pistol.

To enhance the capabilities of CP1M during specific combat operations, a kit has been developed for attaching auxiliary equipment: a removable device with Picatinny-type slats and a muffler silencer. The slats are designed for mounting a laser target designator, a flashlight, a collimator sight, and other aids. As a result, in 2012, the CP1MP pistol entered service.

And in 2011, the CP1PM pistol, equipped with a set of technical means, providing the possibility of firing cartridges with a bullet. The pistol provides, when using the SP10 cartridge, the defeat of enemy personnel, including the protected NIB. For firing marking cartridges, the bolt group is replaced with a special kit in which the barrel with the rifled part and the chamber is made separately. The use of a set of technical tools allows for shooting exercises with a bullet mark at shooting.

In addition, in the 2010-s under the guidance and with the direct participation of PI. Serdyukov was upgraded BCC rifle and automatic speaker. The work was aimed at improving their service and operational characteristics and, in particular, increasing the resource and improving ergonomics. New day and night sights have also been developed. The modernization of VSS and AU has allowed them to increase their combat capabilities and for many years provided special units of various law enforcement agencies with excellent and effective weapons.

Peter Ivanovich met his anniversary with a rich creative baggage - 14 samples of weapons and special technical equipment adopted for service, and several students who continue to work with him. Labor PI Serdyukov was awarded the State Prize of the Russian Federation (1993 year), the Order of Friendship (1995 year), Certificate of Merit of the Russian Agency for Conventional Arms.

Not many domestic gunsmith designers have such a legacy.