December 11 2015
16
On Thursday, the German Kile shipyard at Howaldtswerke-Deutsche Werft (HDW) hosted the launching ceremony of the first 209 / 1400MED submarines of the Egyptian Navy, the blog said bmpd with reference to english.ahram.org.eg. The ceremony was attended by the commander of the Egyptian Navy Osama Munir. 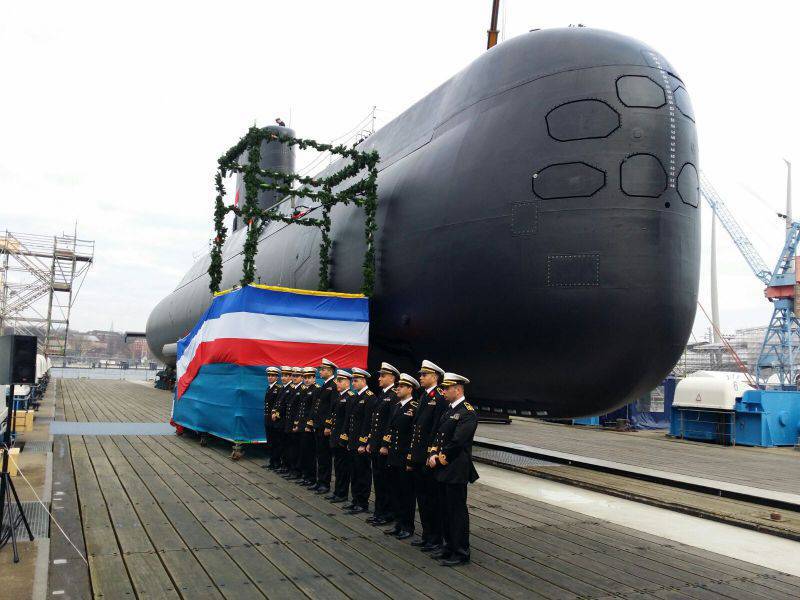 The boat, which received the Egyptian designation S 41, must be transferred to the customer in 2016.

The contract for the construction of 2's diesel-electric submarines was signed by the parties in 2011.

According to the resource, “the construction is carried out on account of loan guarantees issued by the German government in the amount of 700 million euros”. The implementation of the agreement was somewhat delayed due to the political events in Egypt in recent years.

“The submarines of the 209 / 1400Mod project being built for Egypt are equipped with a traditional diesel-electric power plant. The leading Egyptian S 41 has become the 64 submarine of the 209 project family built in the world since 1970 of the year, ”the newspaper notes. 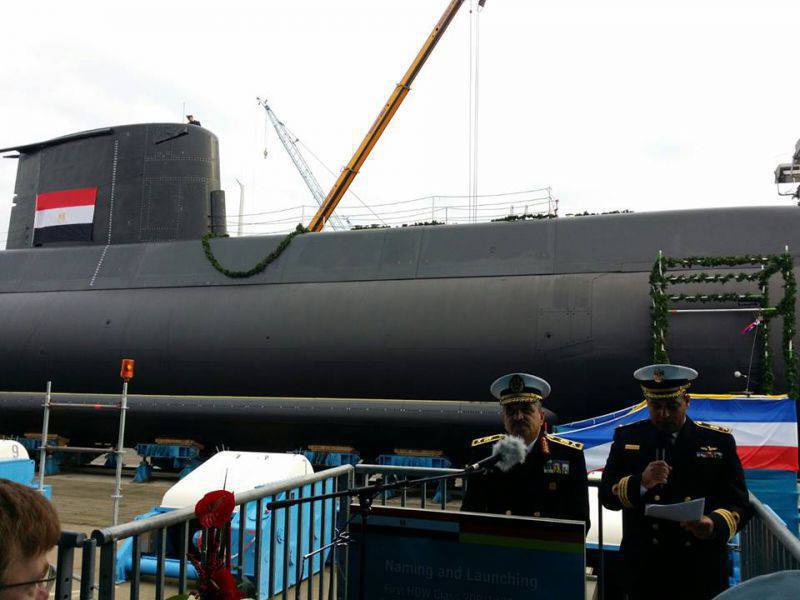 Ctrl Enter
Noticed oshЫbku Highlight text and press. Ctrl + Enter
We are
Egyptian Navy received the first submarine built in GermanyIn Kiel, the ceremony of the baptism of the sixth class of the Type-212A class NNPS took place
16 comments
Information
Dear reader, to leave comments on the publication, you must to register.