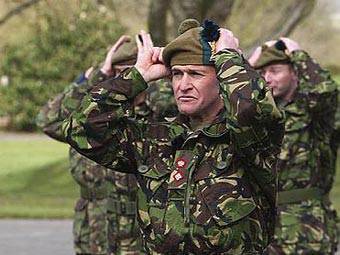 In the 50-60-ies, did the British army try to increase the effectiveness of the soldiers in battle by experimenting with narcotic substances? Including with many well-known LSD. Here is a brief description of one of the military exercises. I do not know whether this was the first, but for sure the last time the British army dealt with LSD.

Just before the start of the exercise, all participants including the commanders were given LSD pills along with a glass of water. The first signs of the influence of the drug substance appeared in 25 minutes. Most of the soldiers began to come to a relaxed state and foolish giggle.

After 35 minutes, one of the radio operators realized that he had forgotten how to use the radio and found that giggling reduces the accuracy of firing from a rocket launcher.

After another 10 minutes after that, the attacking unit got lost in a small forest, completely forgetting that according to the plan they should have tried to discourage this array from the opponents entrenched in it. However, the enemy was not in the forest because they did not find him. However, despite the symptoms, the soldiers still tried to take organized actions.

For a long time, the headquarters, which was in direct line of sight on an old familiar training ground in an open field, was looking for a map and compass.

An hour later, 10 minutes the commander had to admit that he completely lost control over his unit and the field exercises were suspended, after which he himself had to climb a tree, because for all that time no one had fed the birds for some time ..