Field of Wonders of the Russian Economy

December 11 2015
297
During the week, Russian Prime Minister Dmitry Medvedev gave an interview to five Russian television channels. A substantial conversation with the Prime Minister was devoted to the economy and the measures that are being taken or will be taken to try to put the country's financial and economic system on the path of sustainable growth. 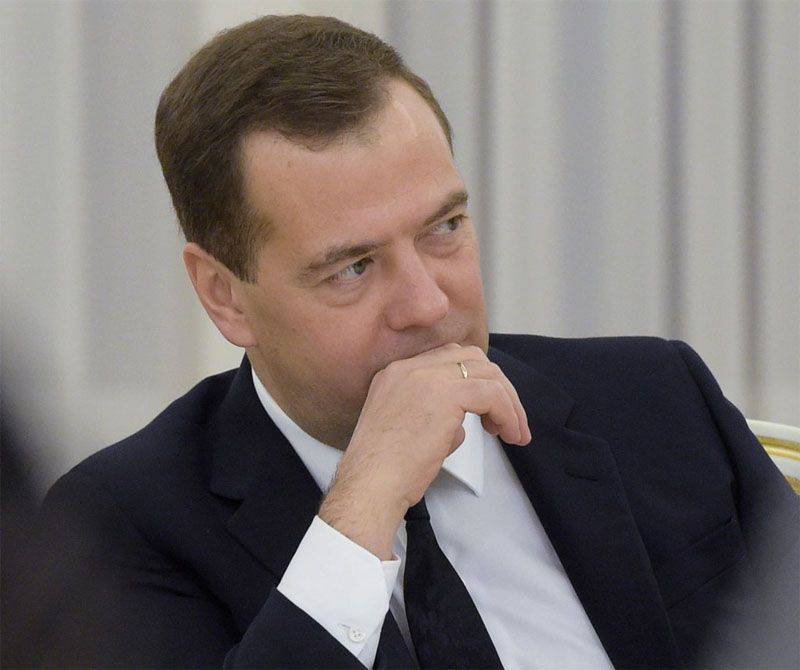 If the Russian population perceived the surrounding reality solely through the comments of Dmitry Medvedev, it would be the only conclusion for itself: “there was a small crisis, the situation had stabilized, and now the economy is preparing to move on to growth” ... But, unfortunately, for Russia the government, the country's population still has the opportunity to go out, work in the workplace, visit shops, ask for consumer or business loans from banks to understand: statements I'm talking about the “coming period of economic growth” and “overcoming the crisis”, which is called, greatly exaggerated.

Certainly, in the present conditions, I would like to note exclusively the achievements and not to pay attention to the failures in the work of the so-called economic bloc, but it does not work ... It seems that there is a special force in the same economic bloc that does not use the moment to mobilize all economic resources in order to fundamentally change the situation, and, with folded hands, he expects when it is better to state that “the patient is more dead than alive”. And even works in the opposite direction, if serving the interests, then exclusively oligarchic circles, often giving away astronomical subsidies in their scope for projects where all the added value goes offshore without a chance to find ends.

When it comes to the fulfillment of the May presidential decrees, the same people responsible for the state of the economy in the country shrug their shoulders, while nodding somewhere to the side: they say, what are the May decrees today - sanctions are not fat in the yard. At the same time, not a single nodding soul clarifies why the notorious May decrees were actually sabotaged in those years when there was no question of sanctions, when oil was not in 40-50, but in 110-120, and when petrodollars were literally Volga floods filled the federal budget.

And after all, no one will make a confession: since the May decrees of the president are still populism, which had no real financial and economic basis, or is it a blatant sabotage with all the consequences? Instead of recognition, another “under the peak”, a few days of hard work in front of TV cameras, and then - either a new stage of deep sleep, or, as already noted, work to counteract what would really allow both to reduce unemployment and improve living standards. ordinary citizens, and to ensure the high-quality functioning of the pension fund without statements in the style of “they began to live too long - there is not enough money”. As a result, a paradoxical situation arises: there is no one to blame (well, except for the damned West and the fifth column, as if there was a time when they really worked for the good of Russia ...), everyone is in their places and perform their work exceptionally professionally ... In addition, a new one is born we still have the thesis that irreplaceable (at least as part of the same economic sector), and that if even a hairline falls from the head of economic thinkers leading the Russian financial and economic system into a bright future, or If a chair staggers with such titans of thought, then global chaos and anarchy will begin in the country.

Unwillingness to admit their mistakes, in principle, is understandable. But if this is the state development strategy together with the “anti-crisis plan”, when it is better to remain silent than to speak, then there is an opinion that the plan looks more like a crisis one - that is, one that leads to aggravating economic problems that Russians have to face.

So why are we silent, gentlemen from the "economic sector"? ..

Well, for example, that with all the bravura speeches about readiness to saturate its domestic market with its own goods and thereby develop domestic production, bringing it to the world level, Russia continues to dance to the tune of the World Trade Organization. The paradox is that the real sharks of the WTO impose new and new sanctions against Russia, inventing new reasons for toughening economic measures, and we systematically follow the orders from the WTO.

In the autumn of 2015, Russia reduced import duties on several thousand foreign goods at once. And it happened against the backdrop of statements about import substitution. By the 2018 year, the WTO requires the Russian Federation to more than double (compared to 2012, the year of Russia's accession to the organization) to reduce subsidies to the agricultural sector while simultaneously reducing tariffs on imported agricultural products. If Russia will go for it, we have already been announced that they will praise Russia and call it a country with an improved image of a participant in international trade! Oh how! And if it does not go, then they have already registered the punishment in the form of punitive measures to those sanctions, the WTO, as it were, does not notice the introduction to Russia.

It is worth recalling that when joining the WTO, we were told that now, finally, the Jackson-Vanik amendment is canceled, and now we can trade with America as an “equal partner”. The Jackson-Vanik amendments are really not, but there are, as the young people say, one hundred or five hundred packages of sanctions, Magnitsky law and other rubbish, the purpose of which is one - to contain Russia, the Russian economy, taking into account the fact that only resources, including labor resources, minerals and farmland, Russia has so much that with the skillful disposal of them no Jackson we are not vanick ...
But with a skillful order, for some reason, always, you understand, problems. The managers are those, the people are not that ... He does not know how to correctly understand the essence of the work of prominent economists crowned with state awards.

And the Central Bank only manages to report on how "lost" the international reserves of Russia. Over the last week - minus 400 million dollars ( link). And this is the main news from the Central Bank ... News against the background of continuing work on servicing the interests of the WTO sharks mentioned, who have adapted to promote their products to the Russian market, re-sticking labels and using third countries for trading on lowering duties, including Russia's big friends. An example of a friendly Montenegro that sold thousands of tons of “its” meat to Russia, grown, as it turned out, in the EU countries, was already cited. So friendly Montenegro, that it decided to kill several birds with one stone - to cash in on the re-export of the "banned" to Russia and simultaneously join NATO in order to "protect" from the virtual "Russian aggression" ...

In such a situation, instead of information about real actions to mobilize the economy and focus on the implementation of the May decrees, it remains only to wait for the next “adjusted” forecast of the Ministry of Economic Development and the Ministry of Finance about how “the financial and economic model is stable”, how we “do not depend on prices for oil ", and how briskly the import substitution goes while simultaneously implementing the directives of the same World Trade Organization ...