Indonesia sent two of its fighter for repair in Russia

December 10 2015
28
On Wednesday, two Su-27SK fighters were sent to Russia from the Indonesian Air Force base Sultan Hasanuddin, the blog reports bmpd with reference to the country's Defense Ministry. 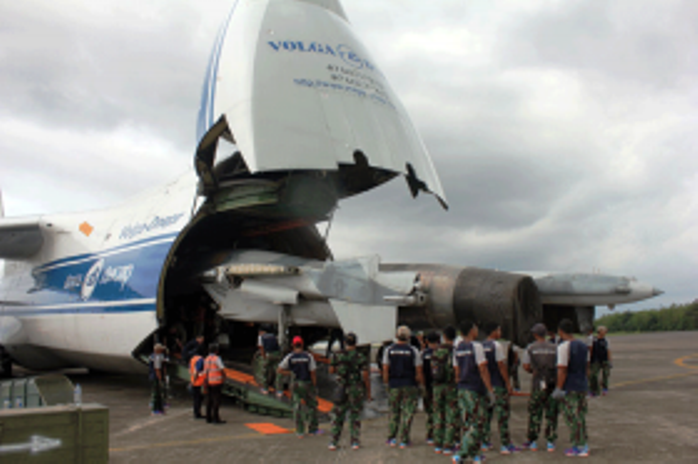 The fighters with TS-2701 and TS-2702 boarding numbers were transported by Volga-Dnepr Airlines. It is assumed that the repair of the aircraft will take specialists Komsomolsk-on-Amur Aviation Plant.

Both fighters were delivered to Indonesia in 2003 g. According to information published on the resource forums.airforce.ru, “both Su-27SK were used in the Indonesian Air Force very limited: the total attack of one of them - 693 hour and the other - 348 hour”. The last years the aircraft were not exploited at all.

Ctrl Enter
Noticed oshЫbku Highlight text and press. Ctrl + Enter
We are
Deck tactical transport aircraft C-2 GreyhoundThe global crisis and the “yellow threat” led to the arms race of the countries of the Asia-Pacific Region. Part of 2
Military Reviewin Yandex News
Military Reviewin Google News
28 comments
Information
Dear reader, to leave comments on the publication, you must to register.