December 10 2015
100
Prime Minister of Ukraine Yatsenyuk announced that Ukraine is ready to sue Russia if it files a claim for non-payment of a $ Billion-dollar debt by Kiev. Recall that the deadline for the payment of public debt of Ukraine - December 3. At the same time, the IMF made a decision unprecedented in its essence: to allow lending to the Ukrainian economy even in the event of a default.


RIA News quotes Yatsenyuk statement:
Our position has been and remains unchanged: we offered all international creditors to restructure. All adequate international lenders accepted the offer of Ukraine. Our offer to others who did not accept our restructuring plan remains on the table. Once again I emphasize that Russia cannot and will not receive other conditions of restructuring than those received by other creditors. Therefore, if Russia is ready to accept the terms of restructuring - please, if Russia sues Ukraine - we are ready to sue Russia, we are fully armed.

Such Napoleonic statements Yatsenyuk voiced, speaking before the ministers of his Cabinet. This happened after it became clear that the chief curator of Ukraine, Joe Biden, who visited Kiev, deigned to leave Yatsenyuk at his post, despite the fact that the deputy attorney general said that the current prime minister was involved in a corrupt scheme, depriving the country of approximately $ 90 million annually. 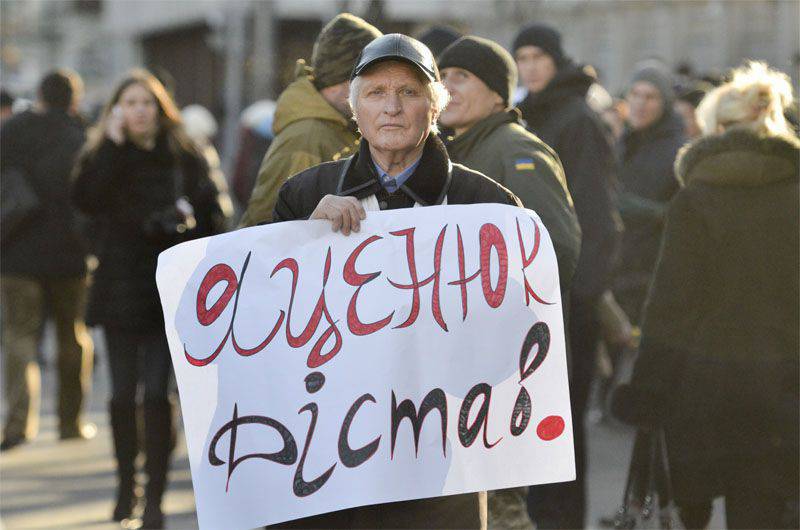 It should be noted that the rating of Yatsenyuk as the head of the Ukrainian Cabinet in Ukraine itself has dropped below 2% - not more than six months beyond the statistical error limits.